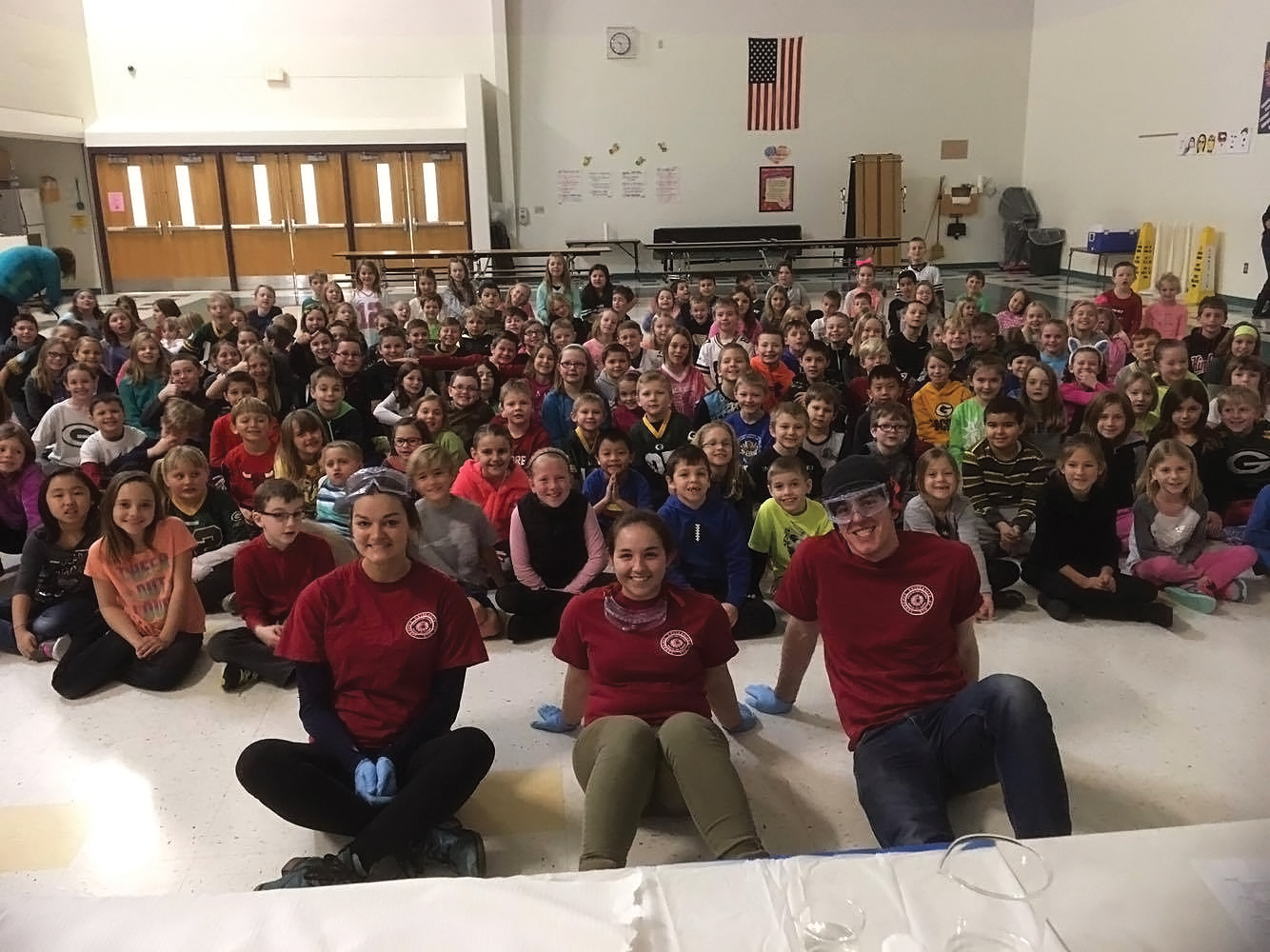 Friday, Jan. 20 marked an important day in history as Lawrence’s very own BOMB Squad performed their largest show to date. The student-run organization traveled to Sunrise School in Kimberly to do science experiments in front of approximately 400 students. The students ranged from kindergarten to fifth grade and were split up into three groups based on their age.

“BOMB Squad is a chemistry club but we also dabble in biology and physics,” began junior and co-president Cheyenne Beckelman. “The focus is to go to local schools and museums, like The Building for Kids, and do easy, fun science experiments to get them enthusiastic and excited about science and drum up interest in science, in general at an early age.”

Experiments range from “egg in the bottle” to colored flames and elephant toothpaste.

“The colored flames use different chloride salts that you dissolve in ethanol, so when you light them on fire they burn different colors. The kids always love that one,” said sophomore and BOMB Squad member Erica Craddock.

Some experiments are guided by audience questions, making the show an interactive experience.

“We usually melt Styrofoam in acetone, so the students asked us if it would melt paper. We said we didn’t know, so we tried it for them,” continued Beckelman, “and nothing happened.”

Otherwise, the shows do not involve student participation to avoid animosity or jealousy between peers in the audience.

“We have been trying to figure how to be able to have some kids come up, but it was such a big group [this time that] we didn’t want them to get jealous,” said Beckelman. “We did a show for homeschooled students once and the students came to Lawrence. They got to interact with the experiments that we did because we were in a lab setting.”

“My second major is chemistry and I have a natural interest in it,” explained Muter.

“I think one of my favorite parts of BOMB Squad is taking these really complex ideas but having to understand to the extent where you have to find analogies in order to explain them to kids,” concluded Craddock. “In doing so, not only is it fun to see the kids really excited when the copper ethanol solution turns green, but it is also really rewarding for my own academic prowess because I am also forced to go back to the basics and understand.”