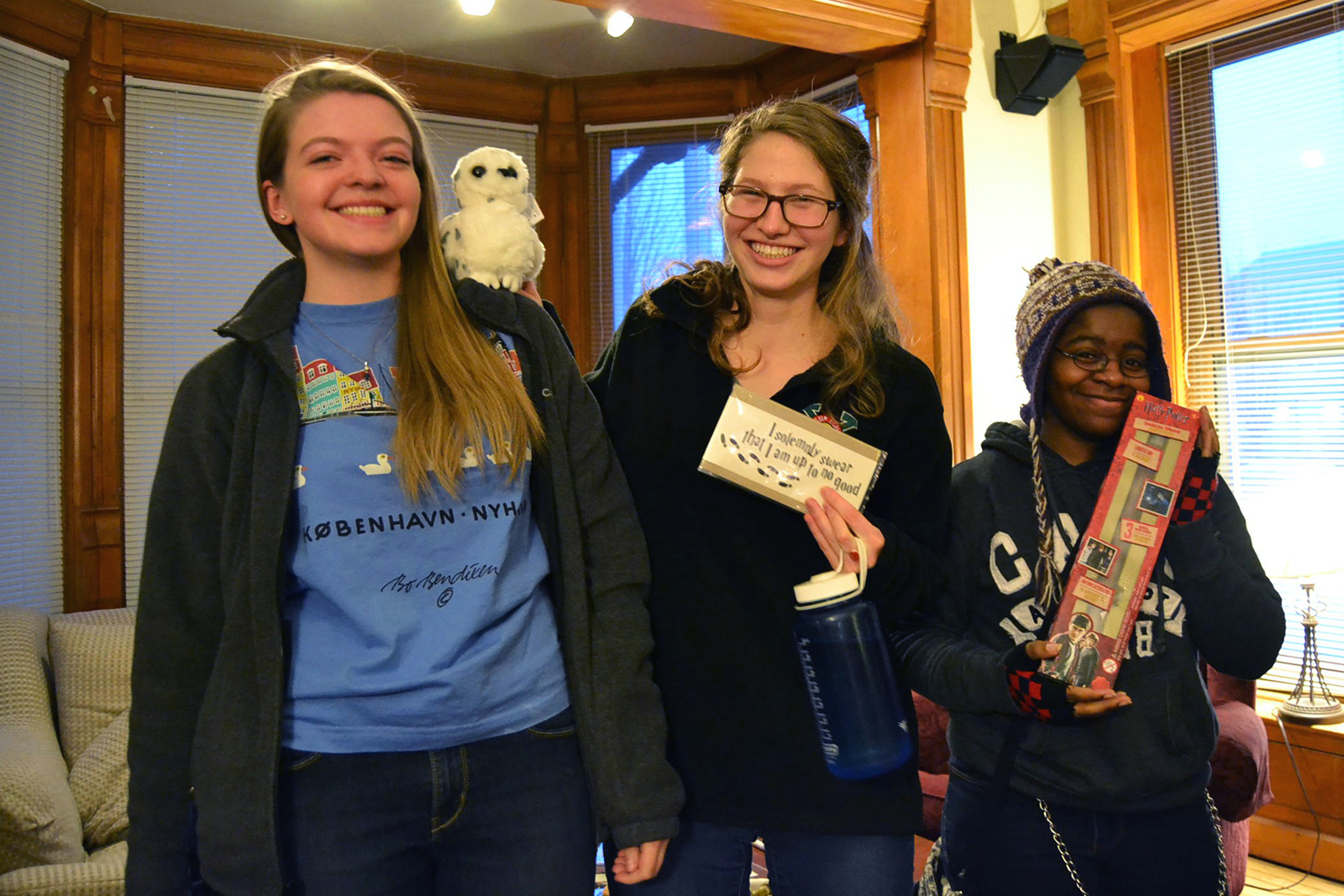 This past week on campus, Lawrence celebrated London Week. The events began with an informational session in the Warch Campus Center Cinema on Tuesday, Jan. 17, where students could learn more about studying at Lawrence’s London Centre. Information was available about the program as well as information on financial aid. Students who had attended the London Centre spoke about their experiences and answered questions about the application process.

On Wednesday, Jan. 18 two food events were featured, with an English Breakfast at Kaplan’s Café and “Pub Grub” at Andrew Commons –– both “taking your taste buds on a journey across the pond.”

Wednesday also held a talk, “London: Plague and Fire” by Associate Professor of History Jake Frederick, who taught a course in London on this topic as the visiting faculty member of Fall Term 2016. The London Fire was a cataclysmic and catastrophic event in 1666. This course focused on the various reasons the fire was so catastrophic and its effects on the rebuilding of the city.

Thursday, Jan. 19 featured a London Centre Alumni and Faculty Tea and TriVR London-themed mystery round in the Viking Room. The tea allowed students interested in studying at the London Centre to talk with faculty and past participants over afternoon tea with traditional English biscuits, as well as to ask questions in a more informal setting. TriVR challenged players with London-related facts.

On Friday, Jan. 20, senior Maddy Brotherton presented a lecture recital “Dissecting the Folk Revival in the British Musical Renaissance.” The presentation looked specifically at how England dealt with the folk revival movement, a musical movement that swept across Europe. Contrary to many of the other nations that strove to use folk melodies as an attempt to cement their own unique identities in the face of opposing ideas and threats from other nations, the English folk revival was more of a process infusing folk melodies with new styles –– a process of discovery.

Brotherton discussed three prominent composers in the revival: Elgar, Britten and Vaughan-Williams, who used folk melodies more casually than other composers with the clear intention of reviving folk tunes.

On Friday, International House hosted a showing of a live production from Shakespeare’s Globe to give a taste of the theater that is used as an educational tool at the London Centre.

On Saturday, Jan. 21, an event testing students’ Harry Potter knowledge was hosted by past participants of the London Centre, senior Maddie Scanlan and junior Lily Atkinson, in International House with London-themed prizes and treats.

On the last London Week event on Sunday, Jan. 22 was a marathon of “Sherlock,” the critically-acclaimed British television series, again with tea and biscuits.