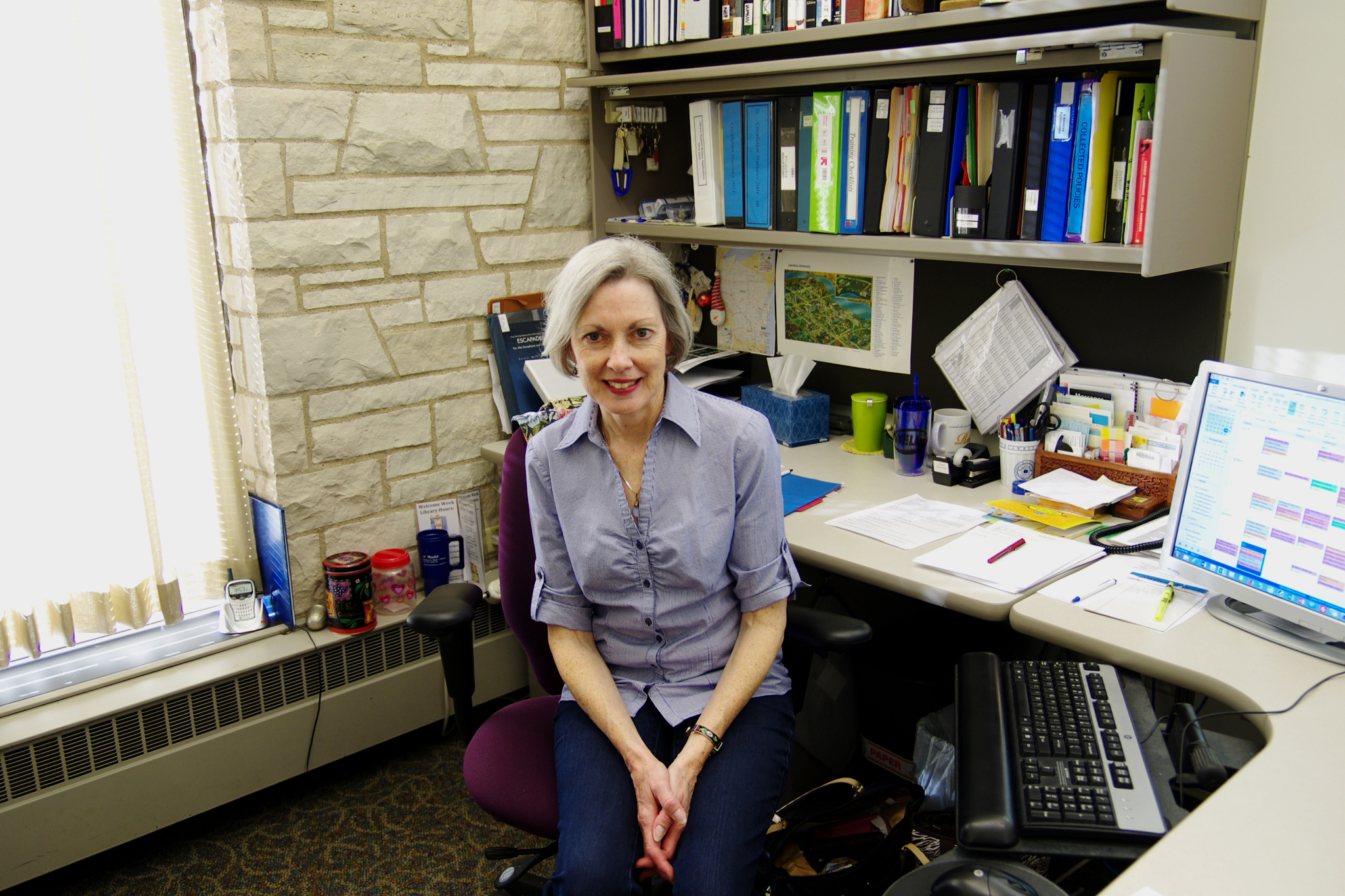 Cynthia Patterson, pictured here, has worked at Lawrence for 26 years.
Photo courtesy of The Lawrentian archives

The recipients of the 2016 President’s Award of Excellence were announced at the end of January. Larry Darling, director of recording technology, was the second recipient of this award. The Lawrentian hopes to have an article featuring him next week.

Take a walk through the Seeley G. Mudd Library in the thick of finals or midterms and you’ll find students at nearly every table, and at times, even every bean bag chair. Library staff play a vital role in maintaining the library’s status as a functional study space and resource center on campus. As circulation services supervisor, Cynthia Patterson is at the heart of this ongoing effort and has recently been named a recipient of the President’s Award of Excellence.

The President’s Award of Excellence honors staff members who provide outstanding support to their departments, as well as students and faculty. The award is bestowed upon up to two recipients per year.

In order to receive the award, a staff member must be nominated. Criteria for nomination include the demonstration of support, stewardship, innovation and teamwork.

As a recipient of the award, Patterson was honored at the annual Service Award Luncheon and awarded $1,000. She was invited to eat with President Mark Burstein as well as her colleagues who nominated her and her supervisor in the library.

As circulation services supervisor, Patterson is in charge of all the material that comes in and out of the library. This includes managing the most defining aspect of the library: the books, or what she calls “the stacks.”

This responsibility also entails the hiring and training of student workers to manage the circulation desk, as well as implementing and managing the circulation software.

Patterson also serves on many library committees in which she supports everything from user experience in the library to the interlibrary loan program.

“I like to work on people’s own strengths and capitalize on that so that we have a variety of people working here and so that we are meeting the needs of the students as they are now,” said Patterson. “What keeps me in the job is the teaching and training, because I love it.”

In Patterson’s 26 years as a librarian at Lawrence, much has changed in the way students interact with library resources. For example, students are spending less time exploring the physical stacks and are in need of a catalog that allows them to easily explore texts electronically. In the last few years, Patterson has played a vital role in implementing new software that allows students to have explorative experiences online similar to those they would have in the library itself.

She explained, “Students are used to using online delivery and therefore they kind of have that expectation when they come to the library. We never would have gotten up and gotten books for students [ourselves] years ago and we do now, happily, although I wish students would go up to the stacks because there’s a kind of ‘serendipity of discovery’ [there], as President Burstein put it.”