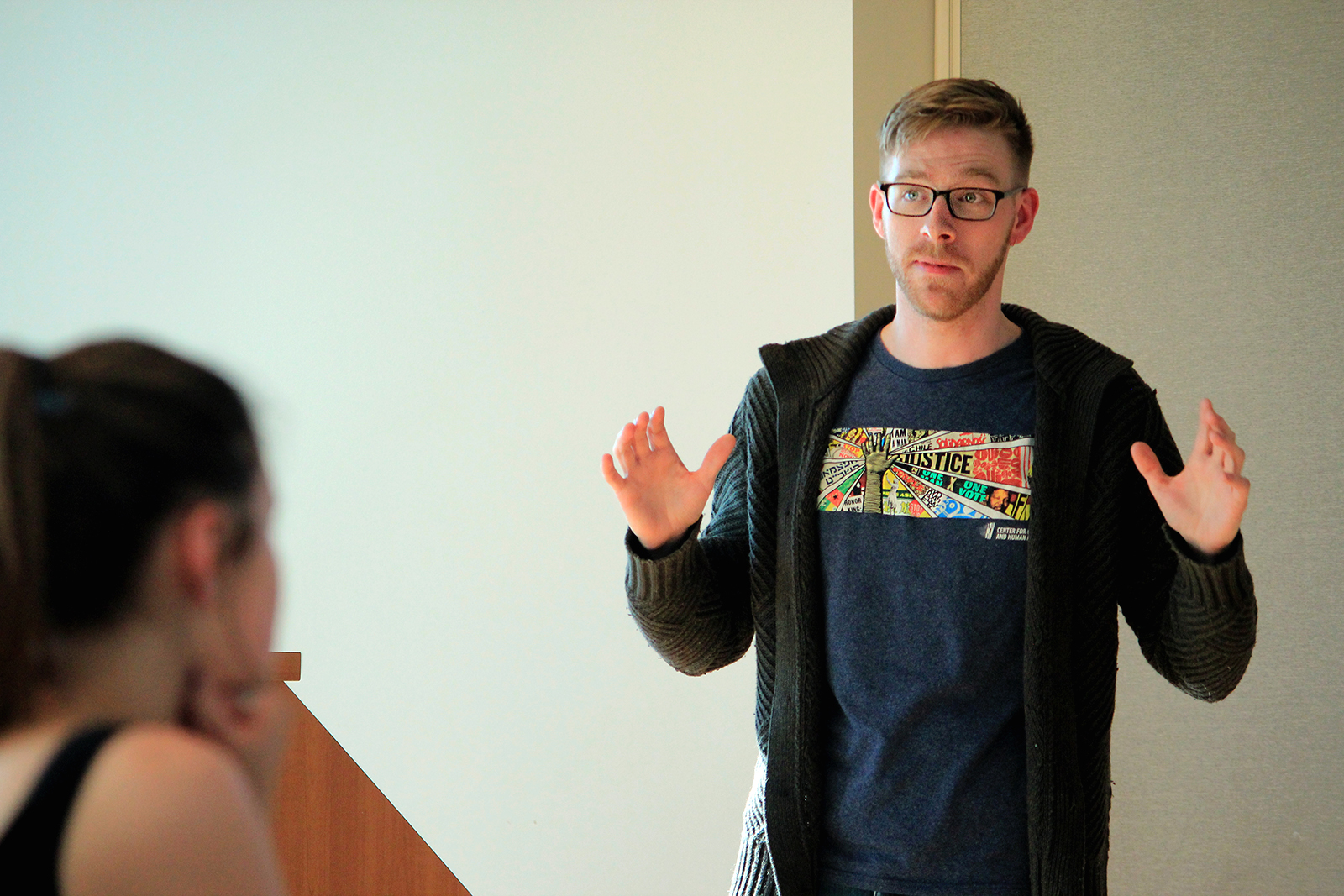 Teach-in for Democracy, the first event of its kind at Lawrence University, lasted throughout the day, consisting of drop-in sessions and classes, on Friday, Feb. 17. In light of current political turbulence, Lawrence faculty presented half-hour presentations and offered open discussions for students and community members in the Esch Hurvis Studio of Warch Campus Center. The lectures mainly highlighted political concerns, including democracy, human rights and social justice, often blending with musical theories, religion and literature.

The National General Strike, a nonviolent form of protest and a strike against the recent executive orders of the Trump Administration that also occurred on Feb. 17, originally inspired the teach-in. Instructor of Gender Studies Helen Kramer conceived a plan to bring the teach-in to campus and kick-started it with her colleagues.

“Because I teach gender studies where a lot is about politics, it seemed more appropriate for me to teach more people than to not teach. A couple of us commented when I posted [about the strike] on Facebook. We all decided that it would be a good idea,” she said.

Stephen Edward Scarff Professor of International Affairs and Associate Professor of Government Jason Brozek explained how this event came to be. “A lot of faculty wanted to do something like this for a while and have a campus-wide conversation about important social, political topics in [a] multidisciplinary way. This is a collaborative effort by lots of people. We had many people working together on a Google doc and collaborating online. “

The various political topics attracted many audience members throughout the day. Some of the classes and lectures were “Collapse of world order; centralization in China,” “Hacking US-Russian relations,” “Foreign policy grand strategy,” “’Democracy’ in Ancient Athens” and more.

Kramer broached the tragedy of the Triangle Shirtwaist Factory Fire and dire labor conditions of factory girls in her lecture. Other professors merged their own specialties in philosophy, music and religious studies, for example, with political discourse.

Assistant Professor of Religious Studies Constance E. Kassor talked about how Buddhist views embrace social interdependence and compassion for others in her lecture titled “Buddhist Perspectives on Social Engagement.”

“It was really interesting. I’ve been interested in Buddhism for a long time, and it’s really nice to know that you can connect Buddhism with social justice,” said senior Jessica Hoyer.

“I actually enjoyed the lecture a lot. For me, I came from a country that is embedded in Buddhism, not only traditionally but also culturally. So it’s really interesting to see Buddhism in a Western view because it is different than where I’m coming from,” said freshman Ngan Nguyen, who is an international student from Vietnam. “It’s also good to see how people are really interested in something that has been part of my life. I really hope this kind of teach-in can be something we can do annually.”

The event mostly targeted Lawrence students, but faculty members hope to expand the event into the Fox Cities in the future. “I think at this point we just wanted to see how this event goes,” said Brozek. “We’ll play it by ear.”

Teach-in sessions first emerged during the 1960s but seem to carry more weight today than ever before. Highlighting the significance of this event, Kramer added, “A lot of people who are engaged in doing this are worried about democracy and facts. In academics, educators were very worried about truth being mislabeled. What knowledge do we hold up to be true? How do people find good sources? How do you know something is as close as to the truth you can get? It’s just more than doing teach-in. It is certainly a protest for me.”