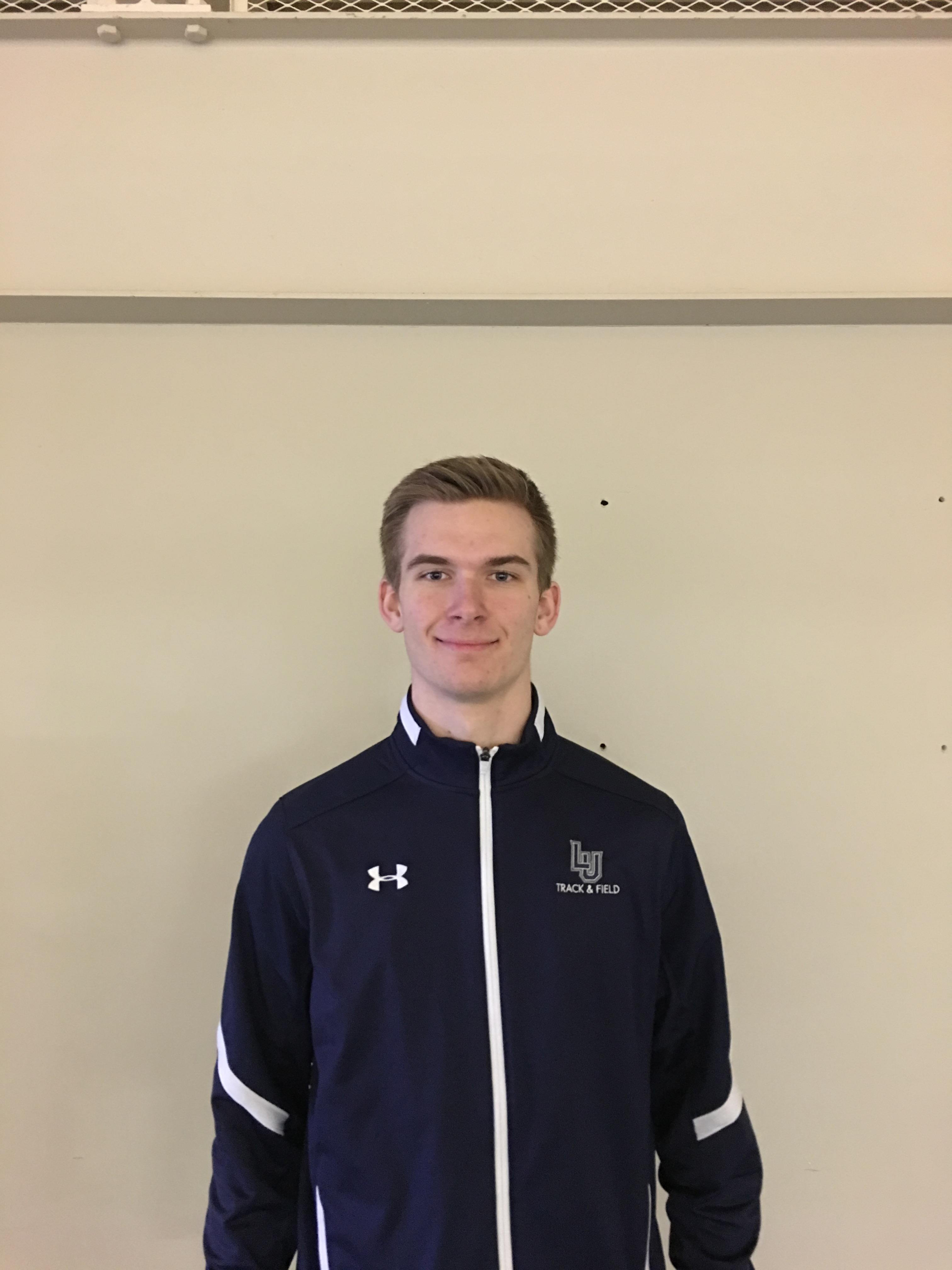 This week, I had the opportunity to talk with Will Nichols, standout freshman on the indoor track team. Two weeks ago, Nichols shattered the Lawrence record in the indoor 200 meter dash. Last weekend, he was crowned Midwest Conference champion in the triple jump. Looking forwards, Nichols is excited to continue his success in outdoor track this spring.

Shane Farrell: You run/jump in multiple events; what event is your favorite and why?

Will Nichols: Out of the seven events that I have competed in over the season (six of which were at conference), I would say my favorite is the 200-meter because it is the event that I feel most comfortable in. I never really focused on the 200-meter previously but I quickly got the hang of it. It is also probably my best event which makes it a little more fun being able to do it so well.

SF: How do you feel about breaking the 200-meter record?

WN: I sometimes just don’t know how to feel about breaking the 200-meter record. It sounds a little ridiculous but it just seems a bit surreal that I was able to accomplish something like that. Even when I fully realize that I have the record, I’m still not quite satisfied because I know I can do much better and that having the record doesn’t mean I can just sit back and relax. There is a lot more work to be done as an individual and as a team and I will put everything I have to reach my full potential and hopefully that means more records.

SF: When did you realize you broke it?

WN: I had the record in my mind pretty much the whole season. I knew I had to beat 23.06 and so that’s what was in my mind the whole time leading up to my race. There were some very fast people in my heat and I figured if I could just keep up with them then I have a good chance of beating the record. I ended up finishing third and that gave me a lot of confidence. After the race, I looked up at the board to see what my official time was and as soon as I saw 22.81 next to my name I knew I had broken the record. It also felt really good to hear it confirmed by my coach.

SF: What can you attribute to your success?

WN: I have to attribute almost all of my success to my high school coaches. I only ran one season of track in high school and they really helped me develop into a better runner. I would also like to attribute my success this season to the amazing coaches here at Lawrence because they really pushed me beyond my boundaries. Everyone that has helped me reach this point believed in me and that made me work even harder to achieve my goals. There were many times where I felt like I couldn’t finish but I didn’t give up because I knew that if I worked hard I would be able to do great things.

SF: What are your goals looking forward?

WN: I have quite a few goals going forward. This past weekend I was about .3 seconds off of the indoor 400-meter record so there is a chance that I might break that this upcoming weekend but that isn’t definite yet. For outdoor, however, I am looking to break the 200-meter record and the 100-meter record. Also, I was new to Triple jump this year so my goal is to improve by at least 0.5 meters which would put me to about 42 feet. Next year, however, will hopefully be when I break the indoor 200-meter record again. My overall goal is to just improve every jump and every race I compete in. As long as I improve, that will make me satisfied and anything else that comes will just be a nice bonus.

Photo by Teddy Kortenhof This week, I had the opportunity to talk with Will Nichols, standout freshman on the indoor track team. Two weeks ago, Nichols shattered the Lawrence record in the indoor 200 meter dash. Last weekend, he was crowned Midwest Conference champion in the triple jump. Looking forwards, Nichols is excited to continue…