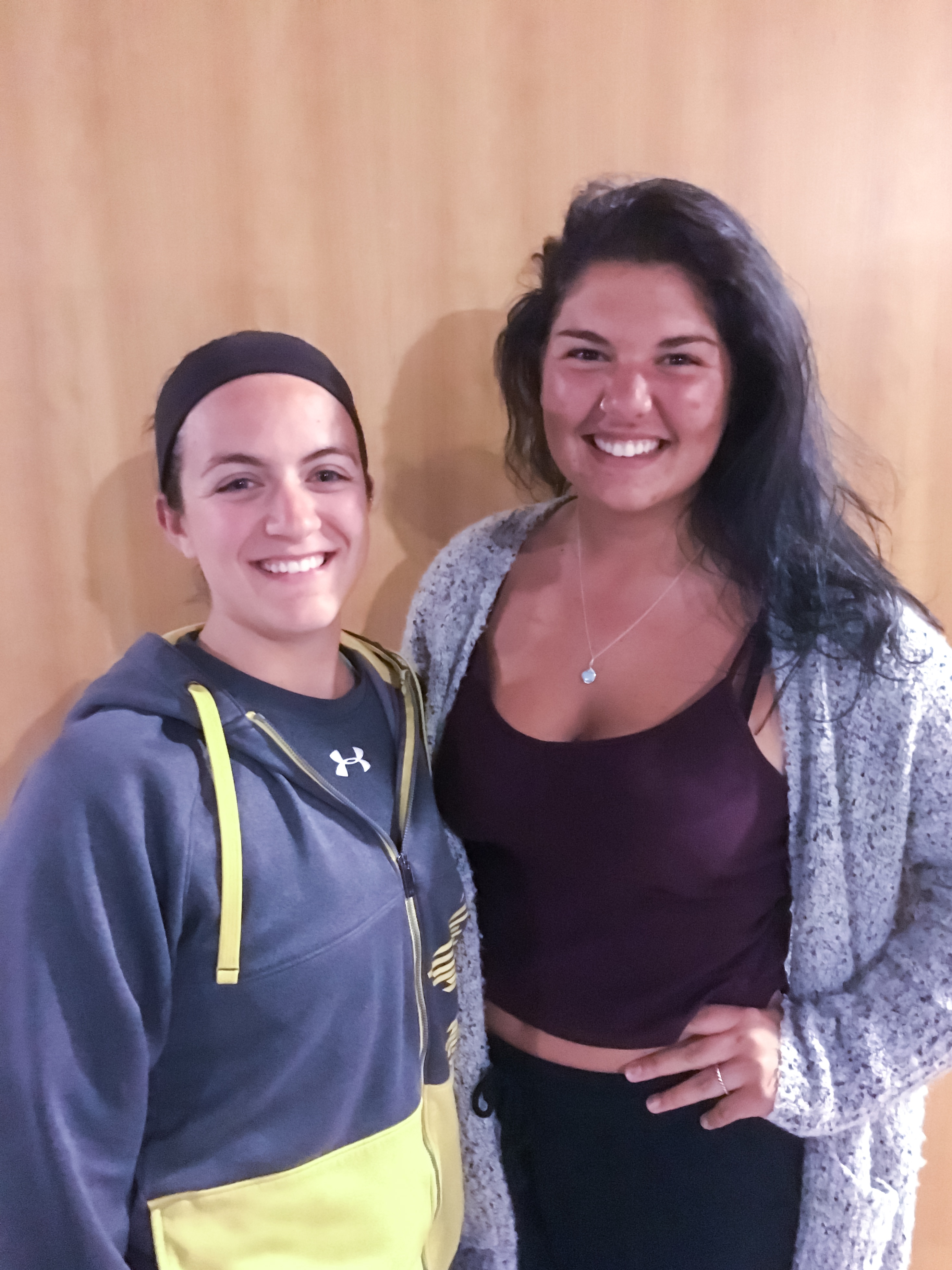 Seniors Sam Belletini and Marisa Thackston are roommates and they consider themselves to be similar to “an old married couple.” They share the captain duties for the Women’s Softball team this season. After a successful career, Sam and Marisa look forward to the culmination of their lives as softball players, while, at the same time, looking back fondly on their time as part of the team.

Arianna Cohen: With only three graduating seniors and one junior, you guys have a very young team. What do you do as captains to pick up your younger teammates and prepare them for the upcoming seasons without the seniors?

Marisa Thackston: We try to reiterate that everything we do isn’t about the right now, it’s about the upcoming seasons and life after Lawrence.

AC: How was the transition from player to captain?

Sam Belletini: It wasn’t really an option for me. My position requires me to be a leader. You can’t be a catcher and have no voice.

MT: Player to captain was difficult in the sense that I didn’t want to overstep my boundaries, but being a part of the program for four years, I was confident that I had the right tools to lead them.

AC: What are your team goals for the end of the season?

SB: We want to take each game one pitch at a time, to play at our level and to not be content.

MT: Ultimately our goal is to make it to the conference tournament at the end of the season, but in order to make it there, we need to take it one game, one inning, one out and one pitch at a time.

AC: With senior night quickly approaching this weekend, how are you feeling about the end of your softball career?

SB: I still have a year of eligibility left, but I’m already looking forward to bar leagues. (Sam requested a winky face be inserted here).

MT: It’s bittersweet. This is my last time competing competitively, so it’s hard to say goodbye but this is more of a “see you later” because I plan to coach in my future.

Sam and Marisa want to encourage you to vote for them as Mr. and Mrs. Larry U this late spring.