Tennis slams to third in conference 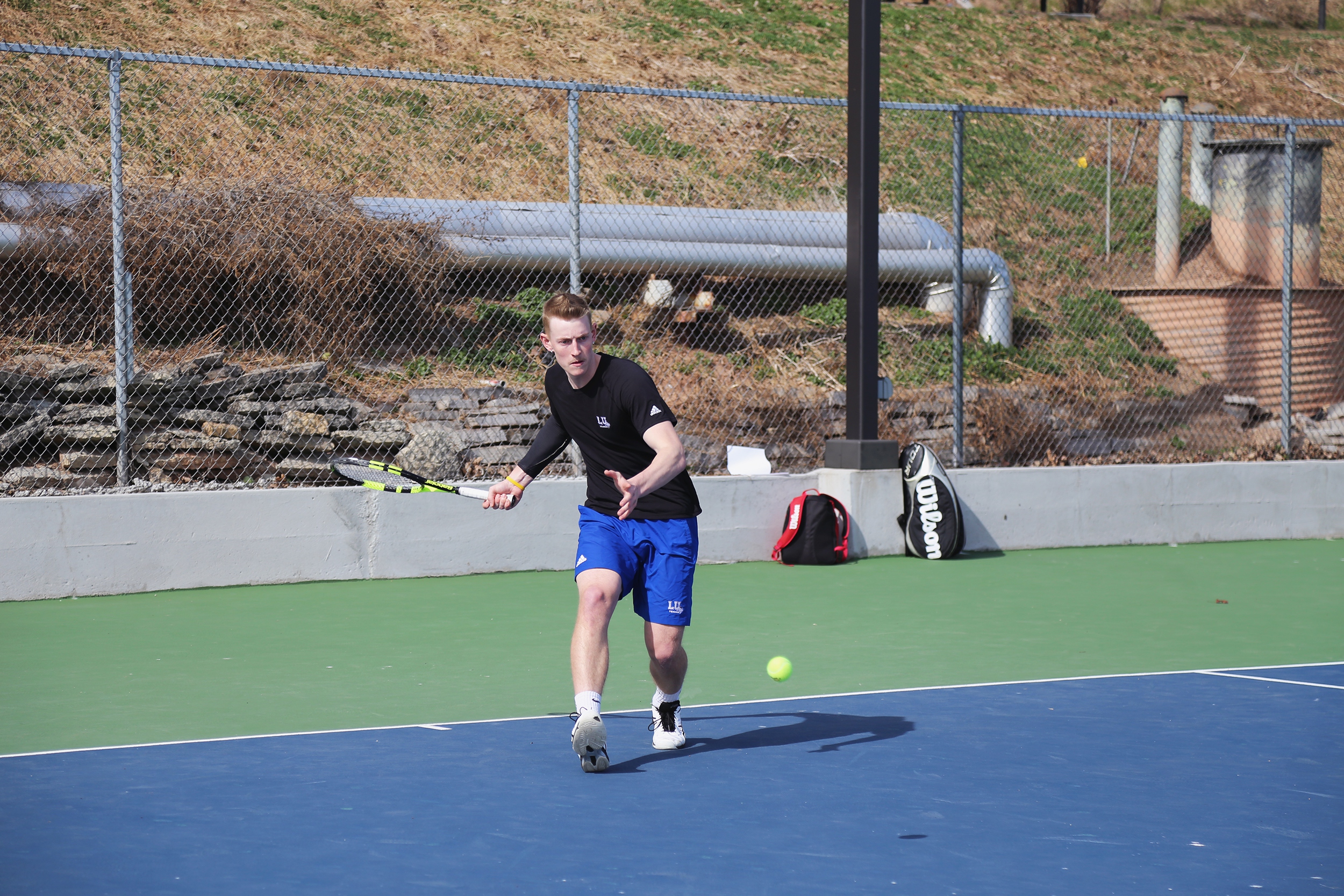 After a rough weekend of conference matchups in which the Vikings lost to both Grinnell College and Cornell University, the Lawrence University men’s tennis team looked to bounce back in their three matches this past weekend. They played host to Knox College on Saturday, April 8 and Monmouth College and Illinois College on Sunday, April 9.

The Vikings dominated the matchup against Knox (1-10, 1-1 MWC). Lawrence started strong in the double round winning all three matches and only dropping two games on the way to those three victories. The team of senior David Jumes and junior Bill Schuman-Kline won the No. 1 doubles match 8-1 and freshman Connor Maloney and sophomore David Brooker won the No. 2 doubles match 8-1 as well. In the No. 3 doubles match, the freshman duo of Aidan Delgado and Cade Francour won with a perfect score of 8-0. In the singles round, Jumes won the No. 1 singles matchup and Schuman-Kline won the No. 2 singles matchup, each with 6-1, 6-1 victories. Maloney won the No. 3 singles match 6-2, 6-2. The Vikings were perfect at the No. 4 and No. 6 singles matches as Delgado and Brooker won their matches 6-0, 6-0. At the No. 5 matchup, Francour picked up a near perfect 6-0, 6-1 win. Overall, the Vikings won 9-0 and only dropped 11 games total.

Later on in the day, the Vikings also played host to Illinois College (1-6, 1-2 MWC). Lawrence got off to a strong start as they won all three doubles matches and only dropped one game along the way. Jumes and Schuman-Kline at No. 1 doubles and Delgado and Francour at No. 3 doubles each won their matches 8-0. Maloney and Booker won the No. 2 doubles match 8-1. The Vikings went on to sweep all the singles matches as well, posting a 9-0 victory over Illinois College. Francour at No. 5 singles and freshman Yang Zhao at No. 6 singles posted 6-0, 6-0 victories. Maloney at No. 3 singles and Delgado at No. 4 singles won each of their matches 6-2, 6-2 respectively. Schuman-Kline picked up a 6-0, 7-5 win at No. 2 singles and Jumes added a hard fought 2-6, 6-4, 1-0 (10-4) victory at No. 1 singles to complete the clean sweep.

With their three wins this weekend, the Vikings improved their record to 9-8 and 3-2 in the Midwest Conference. They are currently sitting at third in the conference. The team’s goal is to once again qualify for the conference tournament, which takes the top four teams. They are on the right track, but the team knows they must continue to work hard and win matches to achieve their goal. Next up for the Vikings is a visit to St. Norbert College on Wednesday, April 12.