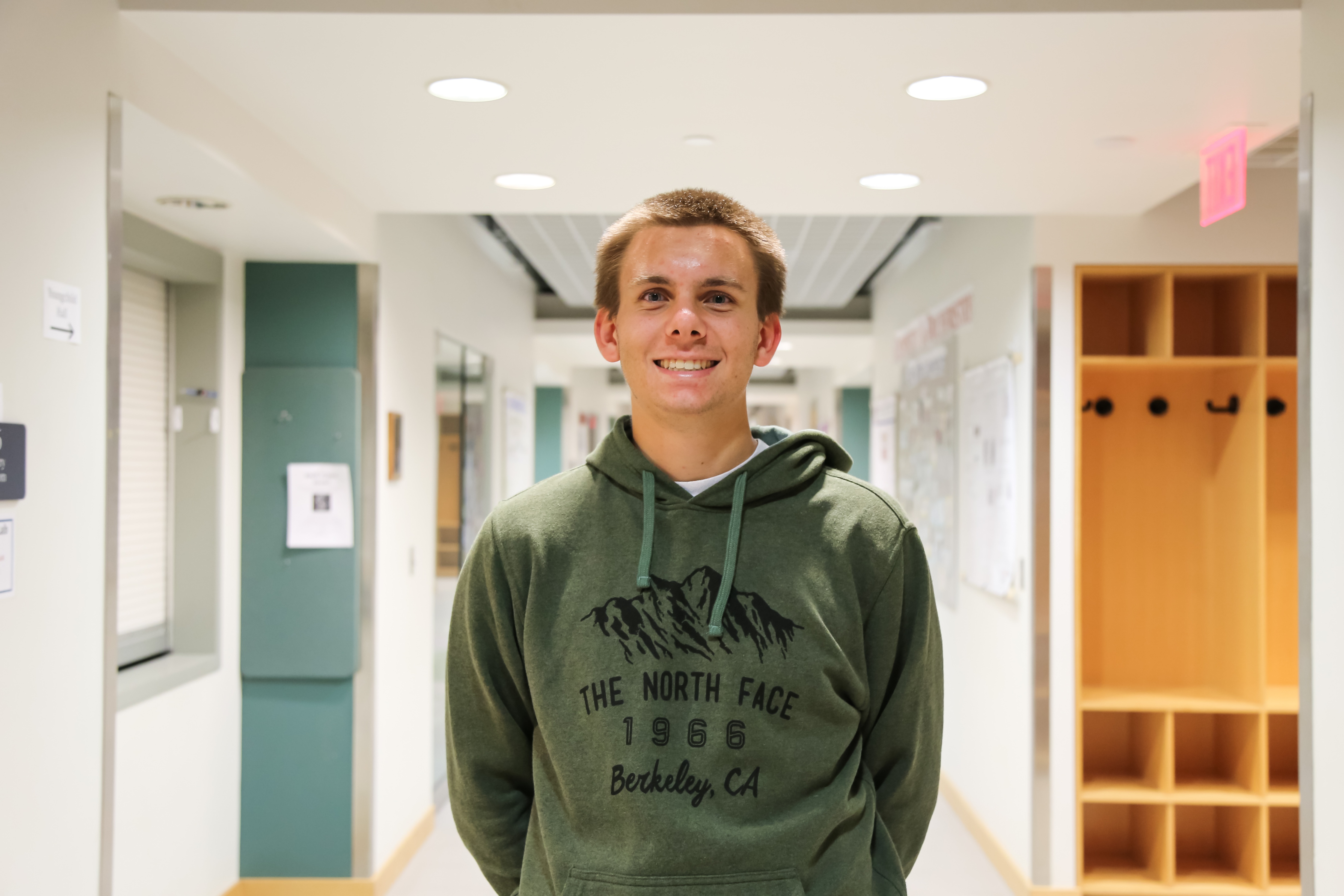 This week I sat down with senior David Jumes of the Men’s Tennis team. Playing lights out tennis at No. 1 singles and No. 1 doubles with junior Bill Shuman-Kilne, Jumes has gone undefeated and led the Vikings to four straight victories over the past two weeks.

Molly Doruska: After dropping the first two conference matches, the team has gone on to win four straight. What was the difference between those wins and losses?

David Jumes: The first two teams we played are the top two teams in the conference. We didn’t play as well as we hoped, but those losses got us fired up to take care of business against our other conference opponents.

MD: What are your personal and team goals for the season?

DJ: If we beat Ripon this Sunday, we would accomplish our team goal of making it back to the team conference tournament where only the top four teams qualify. Otherwise, I would like to see a couple of us make it to the finals of our flights and get some hardware. Personally, I would love to win the one doubles flight with Bill Schuman-Kline, since my partner and I took second there last year.

MD: How do you prepare for a match?

DJ: I don’t have any crazy pre-match rituals but I usually try to stretch out a lot and play some doubles points before the first matches go out.

MD: What is the practice schedule like for the tennis team?

DJ: We had 6 a.m. practice indoors, five times a week starting February up to spring break. Now that the courts outside are playable, we practice every afternoon for 1.5 hours if it’s not raining.

MD: Over spring break the team travels down to Florida, what is your favorite part of the trip?

DJ: It’s a combination of many things: lots of tennis, hanging out with the team, no school for a week. More specifically, I enjoyed playing on the new Orlando USTA campus and I always look forward to the late night walks to Waffle House every year.

MD: How did you start playing tennis and what made you want to pursue college athletics?

DJ: My dad introduced me to tennis and soccer when I was five or six, since he played both sports when he was growing up. I enjoyed both but I always enjoyed playing tennis more. Once I decided I wanted to go to a small college, it seemed like a no-brainer to play on the team.

Photo by Victor Nguyen. This week I sat down with senior David Jumes of the Men’s Tennis team. Playing lights out tennis at No. 1 singles and No. 1 doubles with junior Bill Shuman-Kilne, Jumes has gone undefeated and led the Vikings to four straight victories over the past two weeks.   Molly Doruska: After…