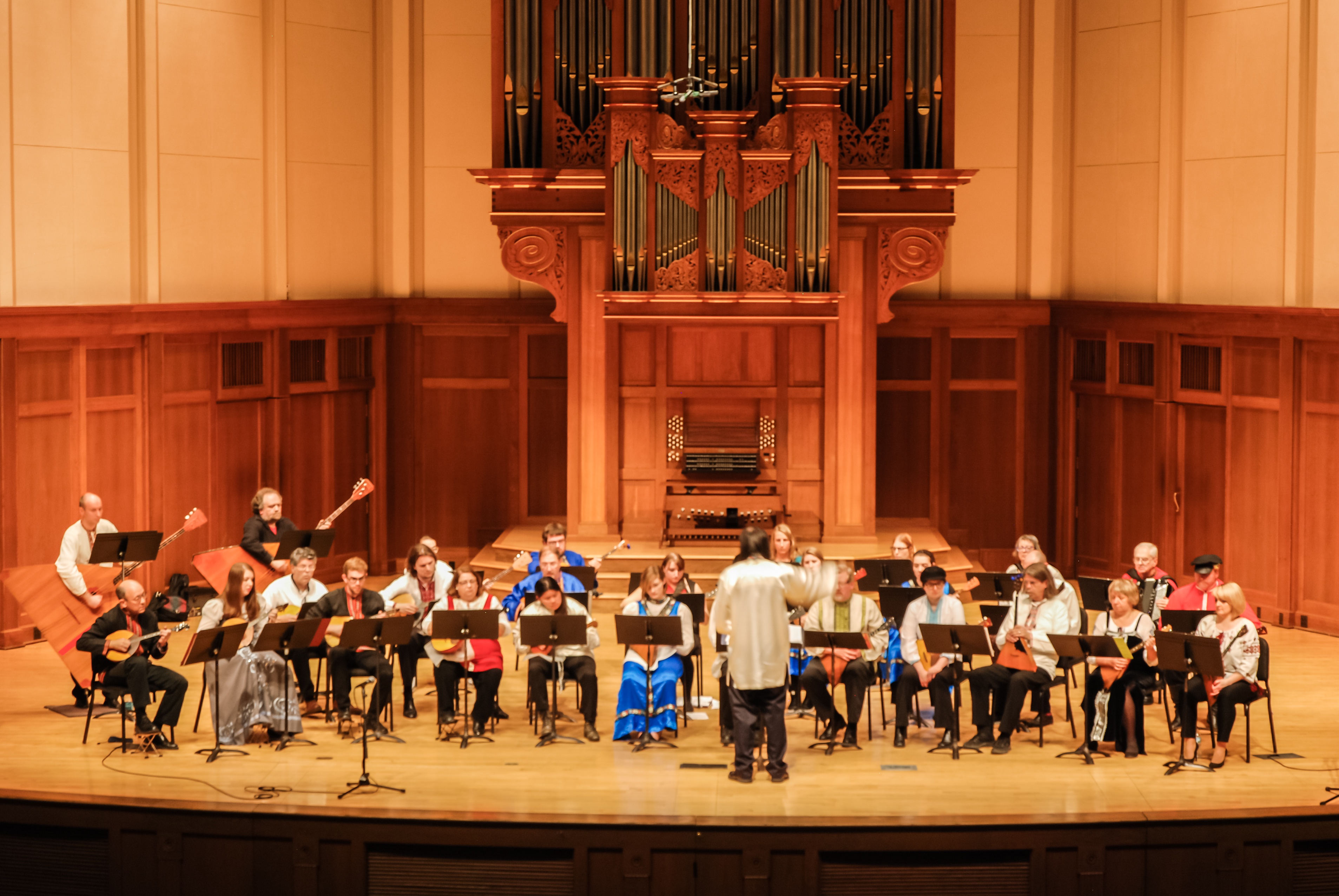 During the afternoon on Saturday, April 29, Lawrence Memorial Chapel was seemingly transported to a different country as the University of Wisconsin Russian Folk Orchestra performed. The orchestra was conducted by its Music Director and Founder, Victor Gorodinsky and Assistant Conductor, Nebojśa Macura. The orchestra brought their traditional Russian instruments and regalia; this provided for a memorable cultural experience.

Conductor Gorodinsky was quite a character, putting on a performance for the audience whether he was aware of it or not. He waltzed around the stage while conducting, making slightly crude commentary between each song. His comments seemed to add another dimension to the performance; this caricature of a man was endearing to the crowd.

The combination of Russian folk music, clothing and instruments conjured up vivid imagery of a rustic life in Russia. Many of the songs contained distinct folk melodies that were harsh yet danceable. The outstanding Ukrainian balalaika soloist Tetiana Khomenko was featured on several songs. Her solo on “Nocturne” by Evhen Trostyansky was absolute perfection. She played with the fluidity and pace of a Spanish flamenco guitarist; each note was performed with extreme passion and care. Closing her eyes as the music flowed, she was truly the master of her art.

Contrabass balalaika player Yuriy Kolosovskiy soloed on his own composition, titled “Volcano.” The contrabass balalaika bears similar sonic qualities to an upright bass, yet the shape is extremely different. The instrument looks like a huge triangle angled on its side, with three thick strings. I suggest that you search Google for an image of the balalaika if you’re interested; its appearance is intriguing. “Volcano” had a dark and looming melody and Kolosovskiy played it with a potent energy. Sitting in the front row, I could hear the powerful strings vibrate against the fretboard. This was a favorite piece of mine.

The orchestra ended with two well-known pieces. Interestingly, they chose to play “Easy Winners” by Scott Joplin. Tetiana was featured again, as well as prima domra player, Dan Cobb. The prima domra has a beautiful sound similar to that of a mandolin. Cobb’s playing was particularly impressive. The Russian folk twist on a Ragtime classic was very enjoyable to hear and was savored by the crowd. “Easy Winners” was the last song listed on the program, but the performance did not end there. After this song, the orchestra jumped immediately into the famous Russian orchestral piece, “Sabre Dance,” by Aram Khachaturian. This was another exciting crowd favorite.

The afternoon of impressive Russian folk music was very enjoyable and an enriching cultural experience as well. The University of Wisconsin Russian Folk Orchestra provided an opportunity to become familiar with music that one may not normally hear; their performance got me interested in a genre that I had no prior interest in. That is no small feat and it only serves to prove the high quality of the concert.

University of Wisconsin Russian Folk Orchestra onstage in the Lawrence Memorial Chapel. Photo by Taylor Blackson. During the afternoon on Saturday, April 29, Lawrence Memorial Chapel was seemingly transported to a different country as the University of Wisconsin Russian Folk Orchestra performed. The orchestra was conducted by its Music Director and Founder, Victor Gorodinsky and…