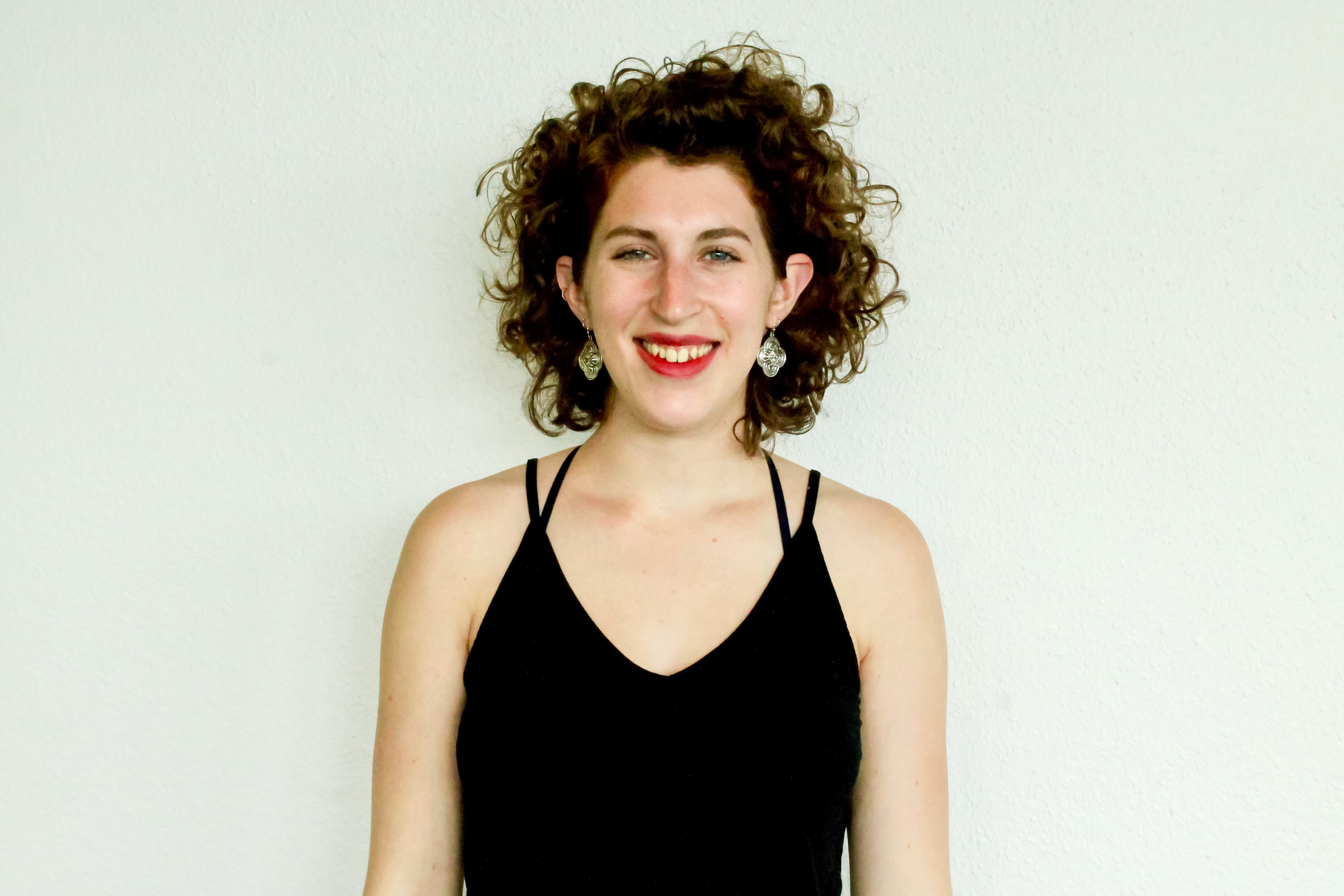 Nina Sultan is a senior working on a double major in psychology and studio art. The quintessential interdisciplinary student, she explores the healing power of art and creativity through a psychological lens.

Sultan is from Bloomington, Ill. In her final year of high school, she had an eye-opening experience studying abroad in Japan. When she got back, still full of the spirit of adventure, she decided that Lawrence would be the best school for her because, out of the schools she was considering, it was the farthest from home.

When she began college, Sultan thought she would study oboe performance, since she had been very dedicated to playing in her high school band. But after several terms of Lawrence music courses, she decided that she felt too limited by the rigid progression of required courses and the large amount of time required for practicing.

Once Sultan started taking other classes, she felt much more comfortable and free to explore new things. Her early religious studies, psychology, and studio art classes were highly influential. In art, she found a whole new interesting world opening up before her and decided to go all the way in. Before long, she had declared a psychology and studio art double major.

Although this meant the end of her training on the oboe, Sultan is thankful to continue strengthening her musical talents by joining in the Balinese Gamelan Ensemble.

In her time at Lawrence, Sultan has gradually honed in on her specific interests and talents as an artist. In all of her pieces, she tries to “say things that plain words can’t express.” She uses the creative process as a way to explore her own feelings about relationships with her family and friends. She feels strongly connected to the communicative and reflective side of all art, and in her recent pieces, she has broadened the focus from people she knows to people in general.

Sultan does not limit herself to one medium; most of her works are large multi-media projects that incorporate many of her favorite techniques at the same time. She has always been especially passionate about painting and photography, and recently she has taken special interest in ceramics and sculpture. Frequently, her pieces involve both three-dimensional and two-dimensional components.

Sultan calls her current venture “The Imprint Project,” and says it “examines the relationship people have on our identity.” She interviewed people all around the city of Appleton, from as young as five to as old as 94, about how their interactions with others affect how they feel about themselves. The end result is a series of portrait photos with paint and other materials layered on top in a way that represents the natures of the various interviewees’ experiences.

At the same time, Sultan is working on her psychology capstone about using art therapy to help seniors with dementia. She wants to demystify the misunderstood aspects of dementia and related conditions and teach others about the restorative healing power of creative arts. For many, getting in touch with creativity presents a powerful opportunity for heightened social interaction and an increased sense of control and agency. After graduation, Sultan will attend the Pratt Institute, where she will be a part of their Creative Arts Therapy program.

Photo by Angelica Hurtado. Nina Sultan is a senior working on a double major in psychology and studio art. The quintessential interdisciplinary student, she explores the healing power of art and creativity through a psychological lens. Sultan is from Bloomington, Ill. In her final year of high school, she had an eye-opening experience studying abroad…