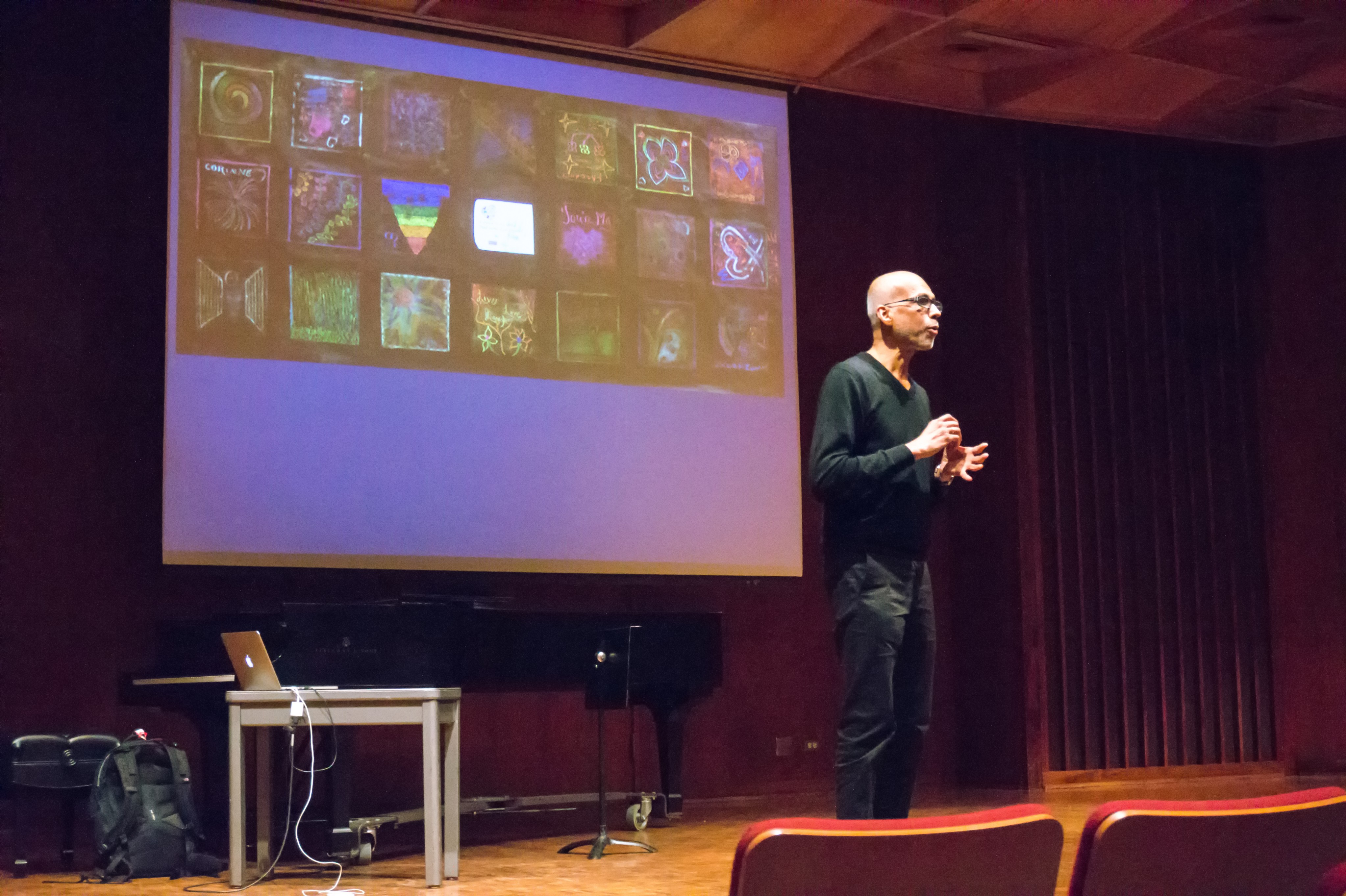 On Monday, May 8, the multi-talented André de Quadros held a guest lecture in Harper Hall, entitled, “Music, Peace, and Justice: Projects and Challenges.” A conductor, ethnomusicologist, human rights editor and Professor of Music at Boston University, de Quadros flew in from Australia the day before his lecture and expressed excitement about visiting Lawrence University. His lecture was centered around the arts in jails and in the Middle East.

De Quadros began with describing the concept of the “forgotten word.” He prompted the audience to ask questions about their privileged musical experience such as, “Who do we exclude?” “Where do we not perform?” “Whose music is not represented?” and “Who has no access to making music?” De Quadros presented a long list of answers: the disabled, elderly, homeless, mentally ill, incarcerated and more. The first half of his lecture focused specifically on the rights of the incarcerated.

De Quadros discussed the programs that he founded to spread music and arts to the incarcerated. He asserted that “in denying the right to music, you are denying the right to be fully human.” His project is called the Music Appreciation Program. After group singing exercises, he often asks the group what the lyrics meant to them. De Quadros showed several examples of the art and poems of the incarcerated, each piece extraordinary in its own way. One woman, using the lyrics of Steven Curtis Chapman’s “Way Beyond the Blue,” wrote a somber, genuine and beautiful poem about missing her loved ones. During their performance projects, one student stated that his performance was “the first time in [his] life that anyone ever listened to [him].” His words resonated with the audience.

On Friday, de Quadros is travelling to the Middle East. His international choir project, Common Ground Voices, is made up of members from Israel, Palestine and Sweden. De Quadros describes the love and community that is required to make such a diverse group of people mesh. He showed a YouTube video about Common Ground Voices and I highly recommend exploring videos about the choir for yourself. The video he included in his lecture discussed the processes that lead up to their performances and showed the Israeli and Palestinian choir members embracing; it displayed several touching and inspiring moments.

De Quadros also started the Community Heartsong Project, which brought together community choirs from five different parts of the Arab world. His contributions and accomplishments may be grand, but he is the humblest of men. De Quadros spoke passionately and energetically about his work and it was truly a pleasure to get to experience his lecture. Clearly, he is inciting change in this world.