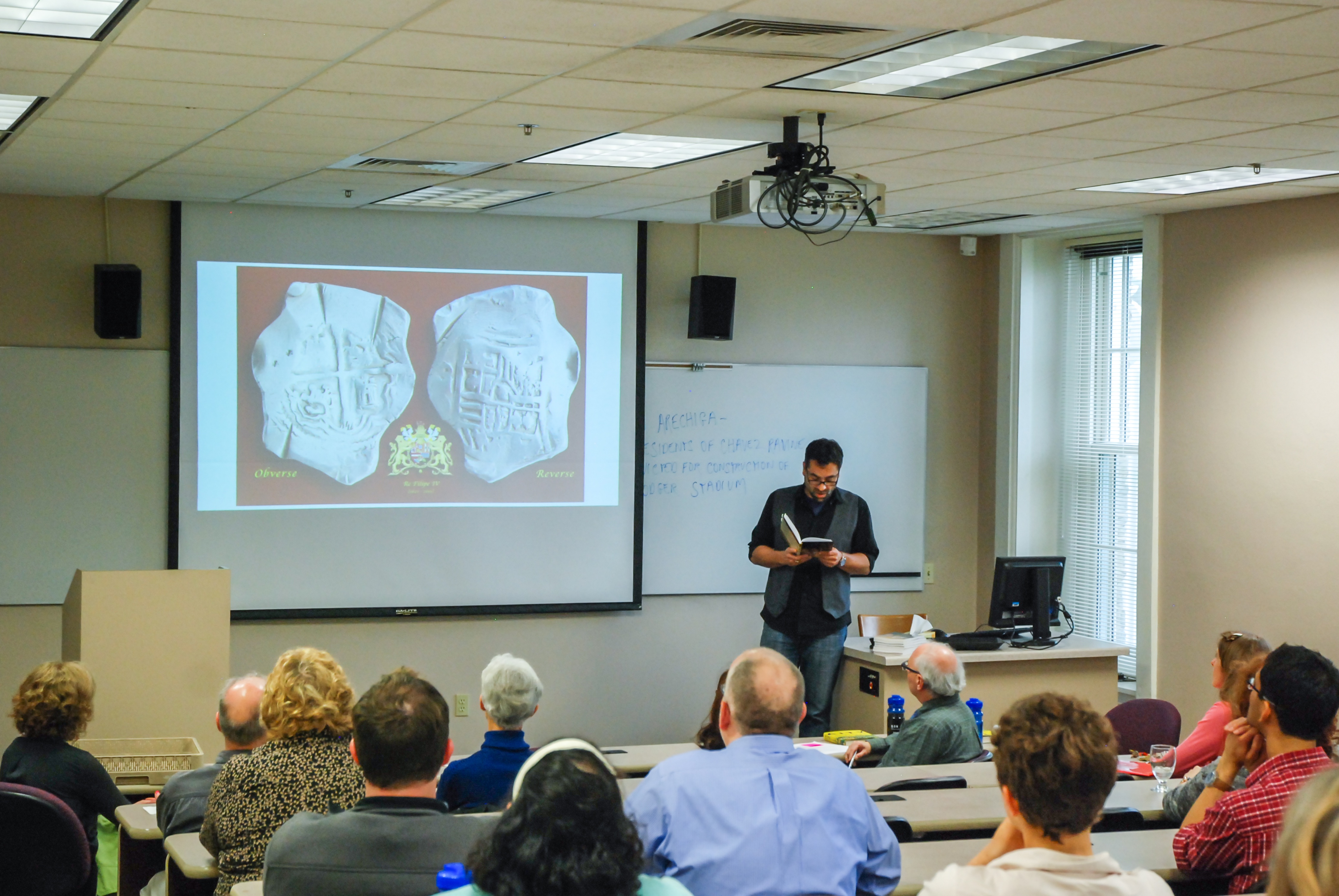 Robert S. French Professor of American Studies and Professor of History Jerald Podair speaks about his new book, “City of Dreams: Dodger Stadium and the Birth of Modern Los Angeles.”
Photo by Hikari Mine. 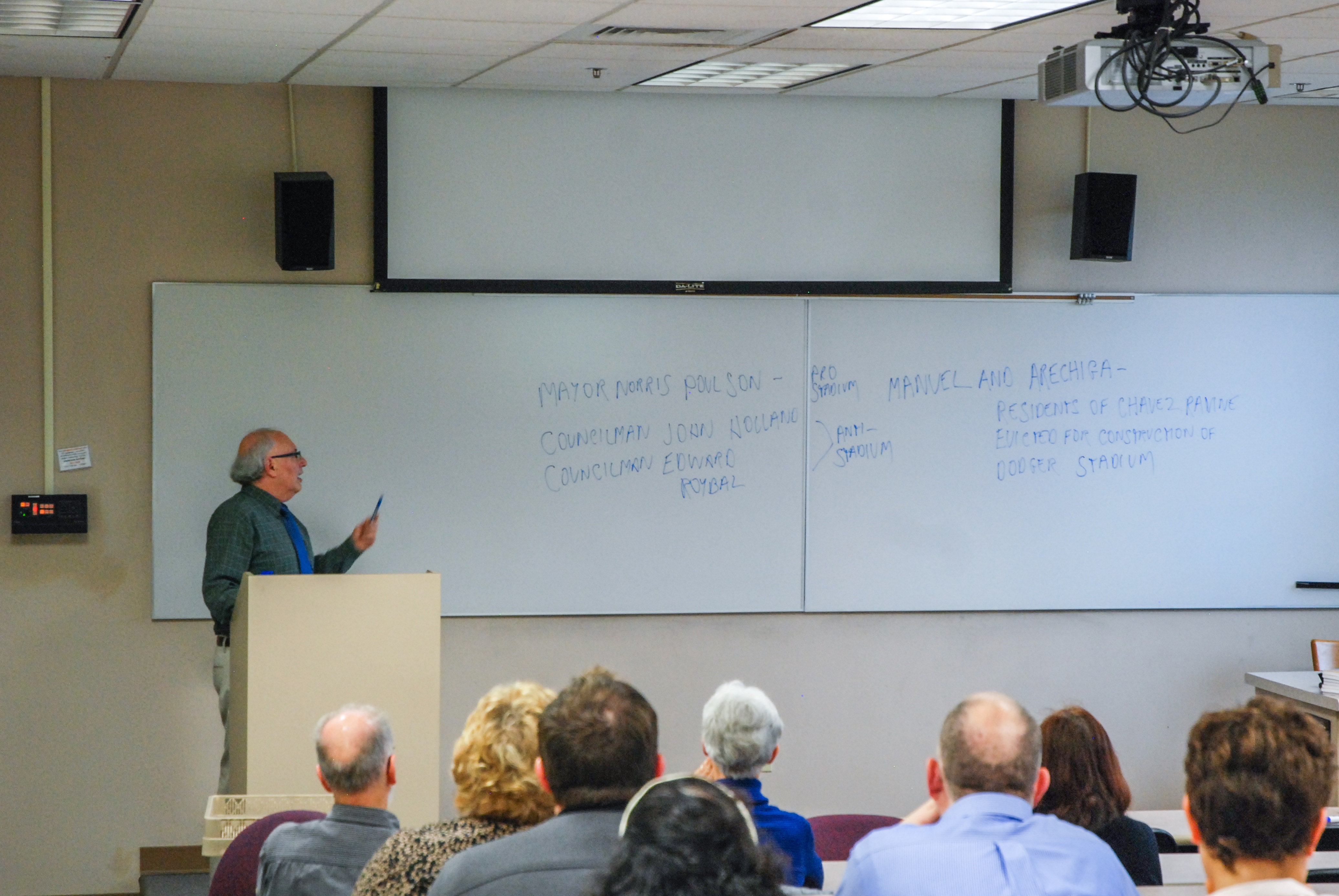 Associate Professor of History Jake Frederick reads from his latest book, “Spanish Dollars and Sister Republics: The Money that Made Mexico and the United States.”
Photo by Hikari Mine.