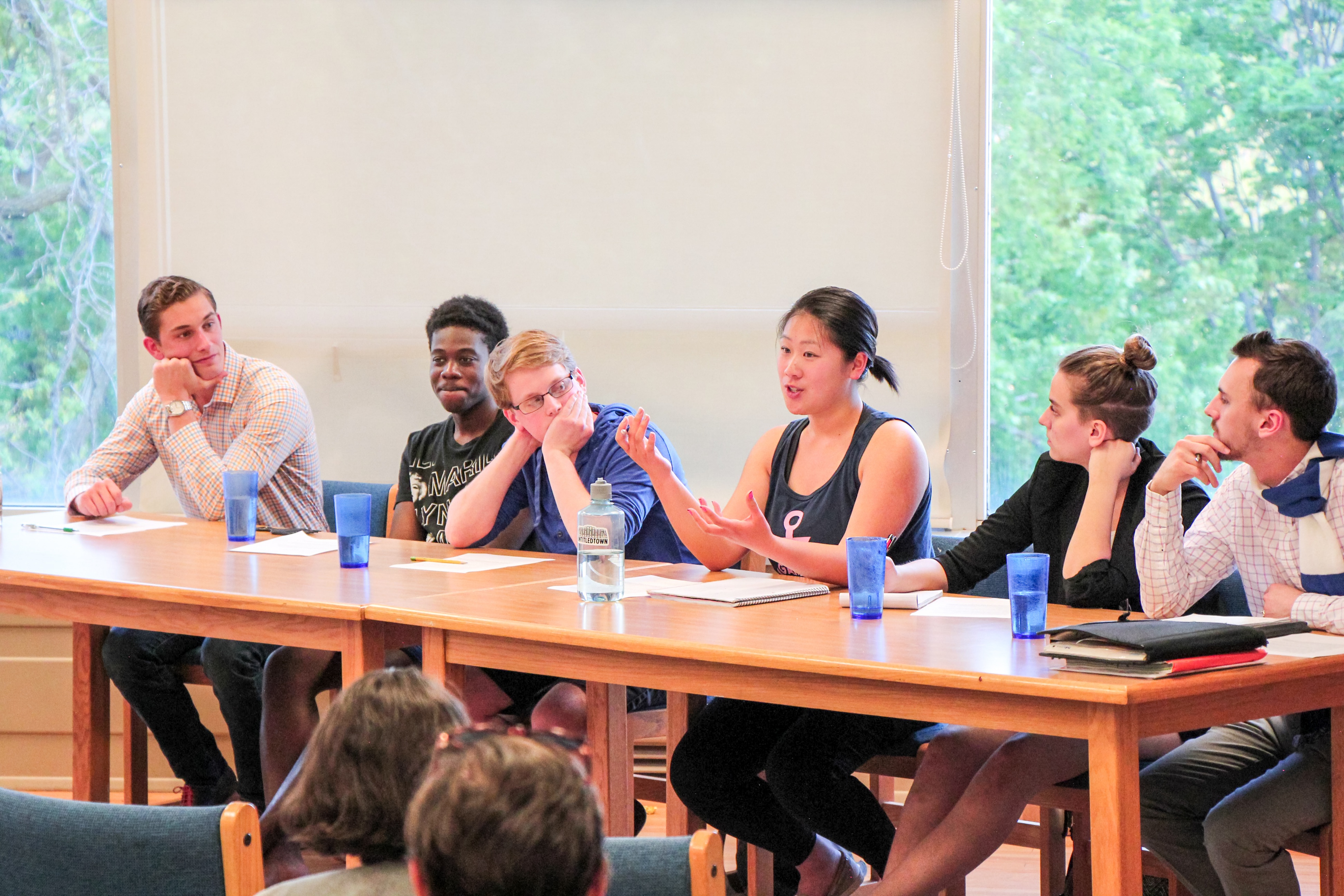 On Tuesday, May 16, the Committee on Diversity Affairs (CODA) held its last public event of the school year—a student panel discussing the philosophy of activism. The event was held in the Diversity Center and was well-attended. The discussion was moderated by senior Deepankar Tripurana and the students on the panel were senior Guilberly Louissaint, junior Naomi Oster, junior Dan Thomas-Commins, senior Justin Lenz, senior Max Loebl and junior Anita Li.

One of the questions asked was “When approaching specific issues is it better to reform within the institution, reject the institution outright, or find a moderate platform?” Louissaint responded, “We need to start thinking about creative forms of activism. Whether it’s through art, through social media… What we need to strive for is more cultural change and I think cultural change will one day influence political change.”

Loebl pointed out that much of the time, both inter-institutional and extra-institutional activism is necessary, and that there are roles for everyone, depending on the person. He also said that in order to make change, activists should have a solid understanding of how they want the system to change.

The panel also discussed past instances of activism on Lawrence’s campus, such as the Gay, Lesbian or Whatever (GLOW) list of demands presented to Lawrence staff in 2016 and the Sampson House protests of the same year.

Thomas-Commins recounted his experience as GLOW vice-president during the time of the presenting of the list of demands. He said that Lawrence has come a long way in terms of cooperation between activists and those in power, but acknowledged the shortcomings present in the GLOW list of demands in terms of not being intersectional enough, and not working in tandem with student organizations such as CODA to push their demands forward.

Louissaint said that it’s important for Lawrence to establish structures beforehand so activism doesn’t have to come from a group trying to mobilize the whole campus. “I think what these incidences show are that a lot of these issues are interconnected,” said Louissaint. “This campus needs to go more in the direction of coalition building.”

Student leaders share personal experience in activism. Photo by Luke Payne. On Tuesday, May 16, the Committee on Diversity Affairs (CODA) held its last public event of the school year—a student panel discussing the philosophy of activism. The event was held in the Diversity Center and was well-attended. The discussion was moderated by senior Deepankar…