The Secret Lives of our Profs 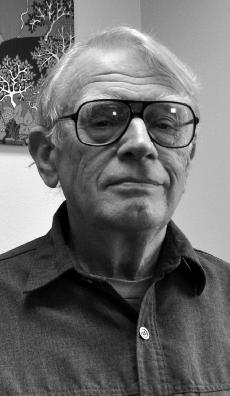 Young: How did you come to Lawrence?
Dreher: I got my Ph.D. in philosophy from the University of Chicago. I had a minor in American literature and continue to be very interested in it. I don’t distinguish literature very sharply from philosophy. That’s one reason why I find Lawrence very attractive.
Before [earning my graduate degree], I was an English major in college and had a Fulbright Scholarship in Germany. My first teaching job was at a big state university. I hated it!
In my intro classes I had a lot of students who didn’t know how to read or write, really. The bottom third of the class there just wasn’t here when I came to Lawrence.
I was in a department run by an authoritarian department chair and I was told, “you have to publish, you have to publish.” I was and am still interested in doing research but that wasn’t my main interest. I wanted to work with bright students and while I did have some, the classes were dragged down by that bottom third and I didn’t want to do remedial writing. Fortunately, it’s a very rare phenomenon to find someone in that category here [at Lawrence].
I’ve been here since 1963 and I like it. I wouldn’t have stayed! I’m from the metropolitan New York City area, the Jersey side, and I was a kid from a blue-collar neighborhood. I was the first person in my family to graduate high school and I never stopped going to school. Here I am, still in school!
I just got interested in learning stuff and working with other people. I believe very strongly in people talking things over among themselves. It’s best if you have people who are relevantly informed and can disagree without fighting.
I try to encourage my students to talk a lot and I do see that happening.
Young: You won the 2001-2002 Freshman Studies Teaching Award. Why do you like teaching Freshman Studies? Why do you believe in it so strongly?
Dreher: Freshman Studies gives students a good sampler from a lot of different areas. That’s from the student’s point of view. From the professor’s point of view, you get in bull sessions with people from other disciplines. The place I was at, where I didn’t like the job because of the bossy chair? I was told only to talk to philosophers! Once, I got into a bull session with a political science professor and I got chewed out by my department char because I “seemed to show a lack of interest in philosophy.”
The evidence? I was talking to a political scientist, not a philosopher. Here, it’s a natural and wonderful thing to talk to people in other fields that I know very little about, and then I learn something. From a student’s perspective, it’s a nice sampler of different disciplines. Some students probably wouldn’t have read Einstein’s book or Plato’s “Republic” if it hadn’t been required, or have listened to this or that piece of music if it hadn’t been required, so it’s nice.
The works are chosen carefully, by democratic vote, by the people who are going to teach that term. The professors meet in a symposium before fall term starts and those who know more about something talk about that particular work and the rest of us get a chance to bone up on it. Some professors feel insecure that they are “teaching a book outside their field,” and they ought to because they have to work a little harder, and that’s why you have colleagues helping you out. You get in great bull sessions.
After each lecture the professors go and have lunch and continue the bull session. Advice is offered and the lecturer answers questions. You learn a heck of a lot.
Young: What are you interested in outside of philosophy?
Dreher: Music! Unfortunately, I am not a musician, but there’s a conservatory here with some awfully good performers.
My wife and I go to a lot of recitals, plays and concerts. We enjoyed the Plautus play and Bobby McFerrin’s visit and we’re going to the choral concert this weekend, the symphony orchestra after it and “Candide” the week after.
Lawrence is a fun place! I get a kick when I see a student from class performing well, doing music or in a play. I say, “Look, he got an A last term and he’s doing something else that’s wonderful.” I get a huge kick out of it. Kind of “local chauvinism.” I guess if you’re in a place for a while and you like it, you cheer for the home team. One of my main hobbies, and my wife’s too, is gardening.
I have created my own woods and reforested an area by hand. We did some research and figured out which trees were naturally successful, and some of those trees die, so we burn firewood rather than oil. Plus, I’ve made a path through the woods and I walk through, and the birds yell at me to get out of their woods, and I feel so proud because I planted those trees when they were six inches high. Now they’re 20 feet high and the birds there think it’s theirs and I say, “Good for you, it is yours.” I get a kick out of that.
Being a kid in Jersey City, the environment was half a block square. I thought everything was made out of sidewalk, concrete, glass and metal and then the real world opened up for me when I got out [of Jersey City]. When I teach Environmental Ethics, that’s not separate from my regular life, it’s integrated. As long as I do a responsible job, I can pretty much pick almost any area I want within philosophy and since I’m especially interested in environmental ethics as a human being, as an organism, there’s no real big split between my professional and personal lives. There’s a nice continuum. 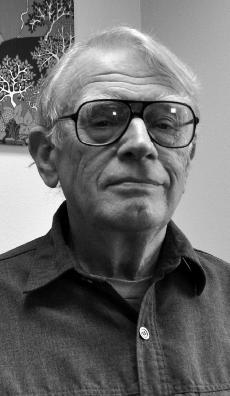