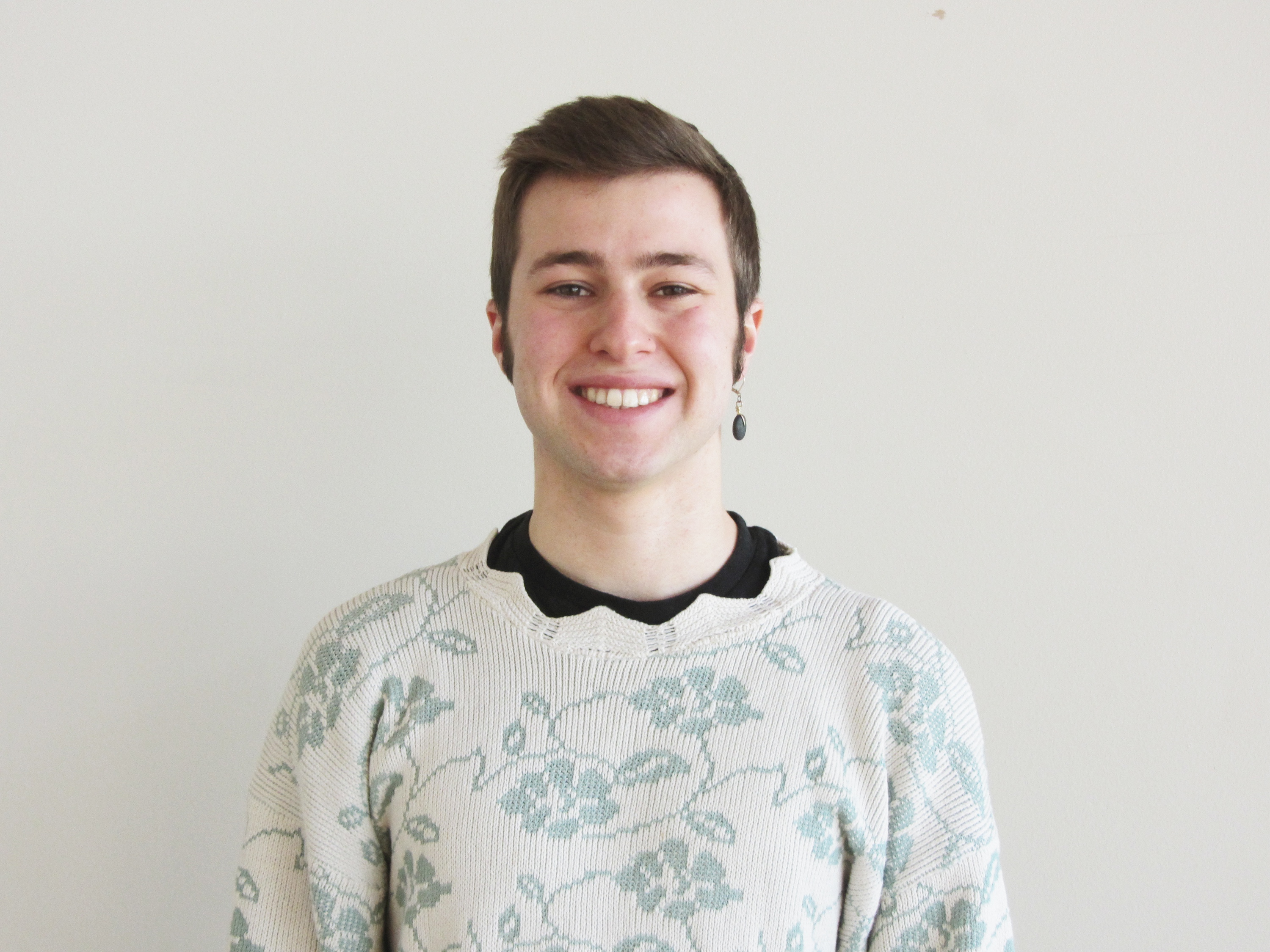 Senior Nathan Montgomery is an important figure in the Lawrence University Conservatory of Music. Montgomery is passionate about world music and improvising with friends. Everywhere he goes, he enjoys discovering and creating new music. He values music as an introspective tool, and he hopes to share it with everyone around him.

When he came to Lawrence, Montgomery had strong classical foundations, having studied classical guitar and violin in high school. At Lawrence, he went all-in on guitar, studying classical and jazz styles under Lecturer of Music Steve Peplin. He discovered IGLU (Improvisation Group of LU), which was his gateway into experimental improv, and began to study with improvisation-focused Instructor of Music Matt Turner.

Montgomery has dealt with considerable adversity in the form of severe wrist pain from tendonitis. In his sophomore year, he suffered a performance injury severe enough to force him to stop studying guitar, and he decided to take a year away from Lawrence. During that time, he studied martial arts and world music, first in his home state of Colorado, and then abroad in Spain. He developed a love for singing and playing other instruments, especially percussion.

When he returned to Lawrence, Montgomery happily resumed playing guitar, but he found that his interests had rebalanced. Because the specific technical demands of classical playing sometimes exacerbated his pain, he gravitated toward improvisation and free playing. He studied experimental performance, played in IGLU, and spent hours each day sharpening his expressive ability. He felt “mentally and musically more mature, even despite the break from playing.”

World music is one of Montgomery’s strongest interests. He has been involved in world percussion and dance groups like Kinkaviwo, Sambistas, and Gamelan Cahaya Asri, and he is the leader of Tambo Toké, which performs Afro-Cuban percussion pieces. Last summer, Montgomery spent a month in Cuba learning about Afro-Cuban musical tradition “primary sources.” He is passionate about breaking down boundaries between musicians from different traditions and introducing people to new music.

Montgomery’s approach to music making has changed over the years. Early in his guitar career, he says it felt like he was “trying to crack the code of music” by focusing on raw technique and know-how. Now, he is all about adaptability. “I just love playing by ear,” he says, on the importance of learning to perform and collaborate without sheet music. As a multi-instrumentalist and singer with many time commitments, he relies on memory and a kind of musical connectivity to those around him.

If not for his openness to new experiences, Montgomery may never have found out how much he loves world music and experimenting with sounds; he first got involved with Tambo Toké because his neighbor, Eli Edelman ’15, asked him to try it out. The ensemble won a Downbeat Award in 2015 and has had many successful performances since then.

He appreciates the support Lawrence provides for student ensembles. He thinks it is amazing that he entered as a classical guitarist and will leave having learned so many more types of music and having picked up so many useful skills. When he is not making music, Montgomery works on tech crew and as a videographer.

Montgomery will graduate this year with a Bachelor of Arts in Music. After Lawrence, he plans to find “a place with a good music community, where I can constantly create and focus on wellness.” He is looking into opportunities in arts management and promotion, where he can use his community-building skills and behind-the-scenes expertise to provide support for other musicians who are discovering their own paths. He knows he will continue to play music no matter what.

On May 20, Montgomery will give a lecture recital about applying what he learned in Cuba to performance. Come to see a performance from Tambo Toké and find out what it is really like.

Photo by Nidi Garcia. Senior Nathan Montgomery is an important figure in the Lawrence University Conservatory of Music. Montgomery is passionate about world music and improvising with friends. Everywhere he goes, he enjoys discovering and creating new music. He values music as an introspective tool, and he hopes to share it with everyone around him.…