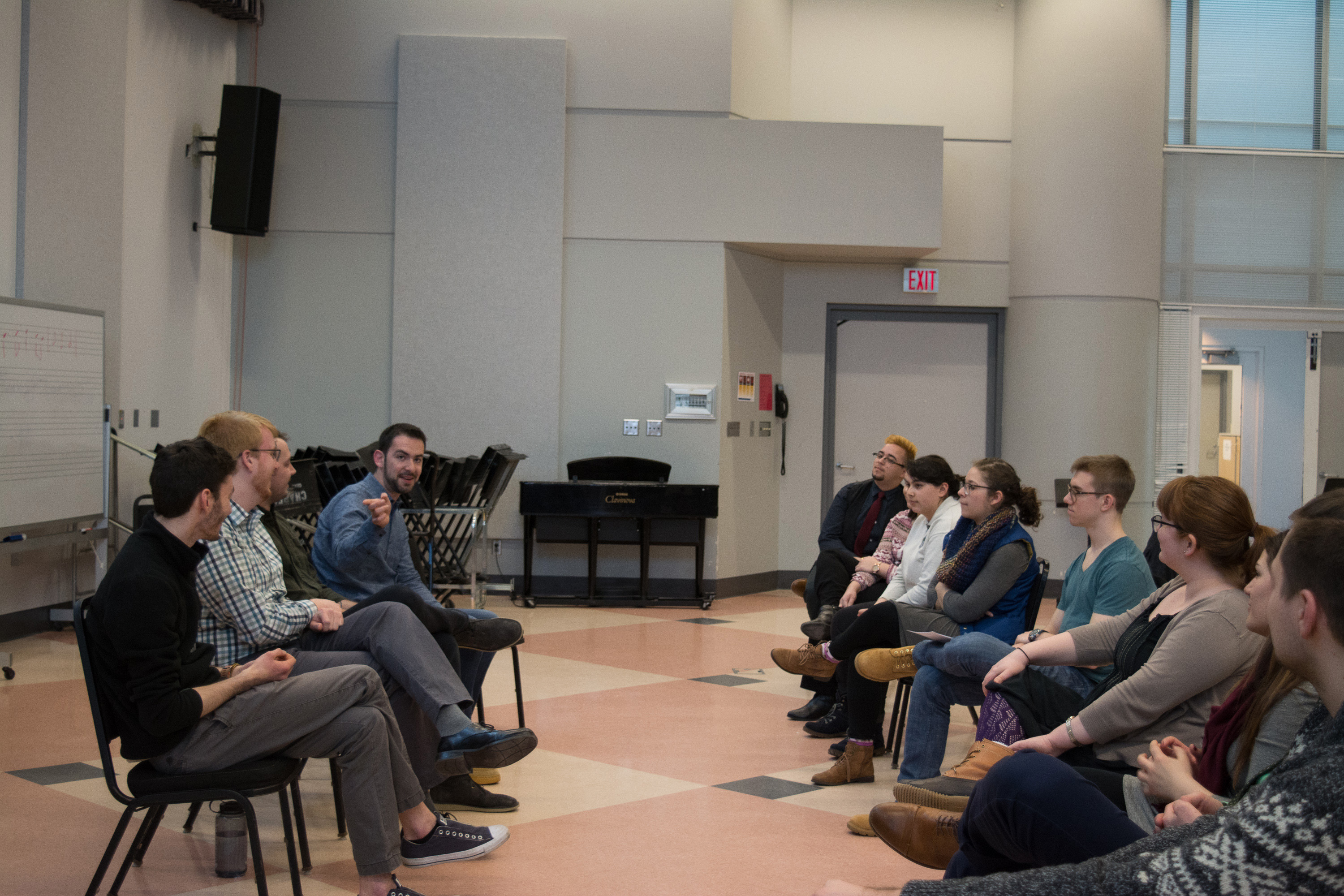 Various alumni presented at the Music Education Symposium this past Saturday, March 31.
Photos by Emma Gilshannon.

To inform students about topics not normally covered in music education courses, the Music Education Symposium, “Beyond the Classroom,” was hosted by the National Association for Music Educators (NAFME).

“Beyond the Classroom” featured several different speakers who presented on topics such as music therapy and embracing student diversity in Room 163 in the Lawrence Conservatory of Music from 9 a.m. until 5:30 p.m. on Saturday, March 31.

The first presenter of the day was Christine Lapka, who presented on music therapy and how it can influence music education. Music therapy in education is about rewarding a student with being able to play music, when the goal of music education is usually just to teach students about music. Lapka also discussed how repetitive songs can help students build cognitive skills.

Margaret Jenks ‘93 gave the second presentation, “Planning for Inclusion: Designing Comprehensive Outcomes for Diverse Learners,” in which she talked about inclusion in the classroom and meeting the needs of each student. During this presentation she used members of the audience to demonstrate how she would incorporate different levels of difficulty into one activity so that every student could participate and have their needs met.

Next, “Teaching Hip Hop in the Music Classroom” was presented by Anthony Cao. “

I enjoyed the interactive nature of the session, the many applications of teaching hip hop, and the discussions which it can lead to in a classroom,” said sophomore Jonathan Ibach, who helped coordinate this event. Cao had attendees practice his method of having small groups of students freestyle to a beat using simple rhymes to take some of the pressure off of them while allowing students to learn how to express themselves. 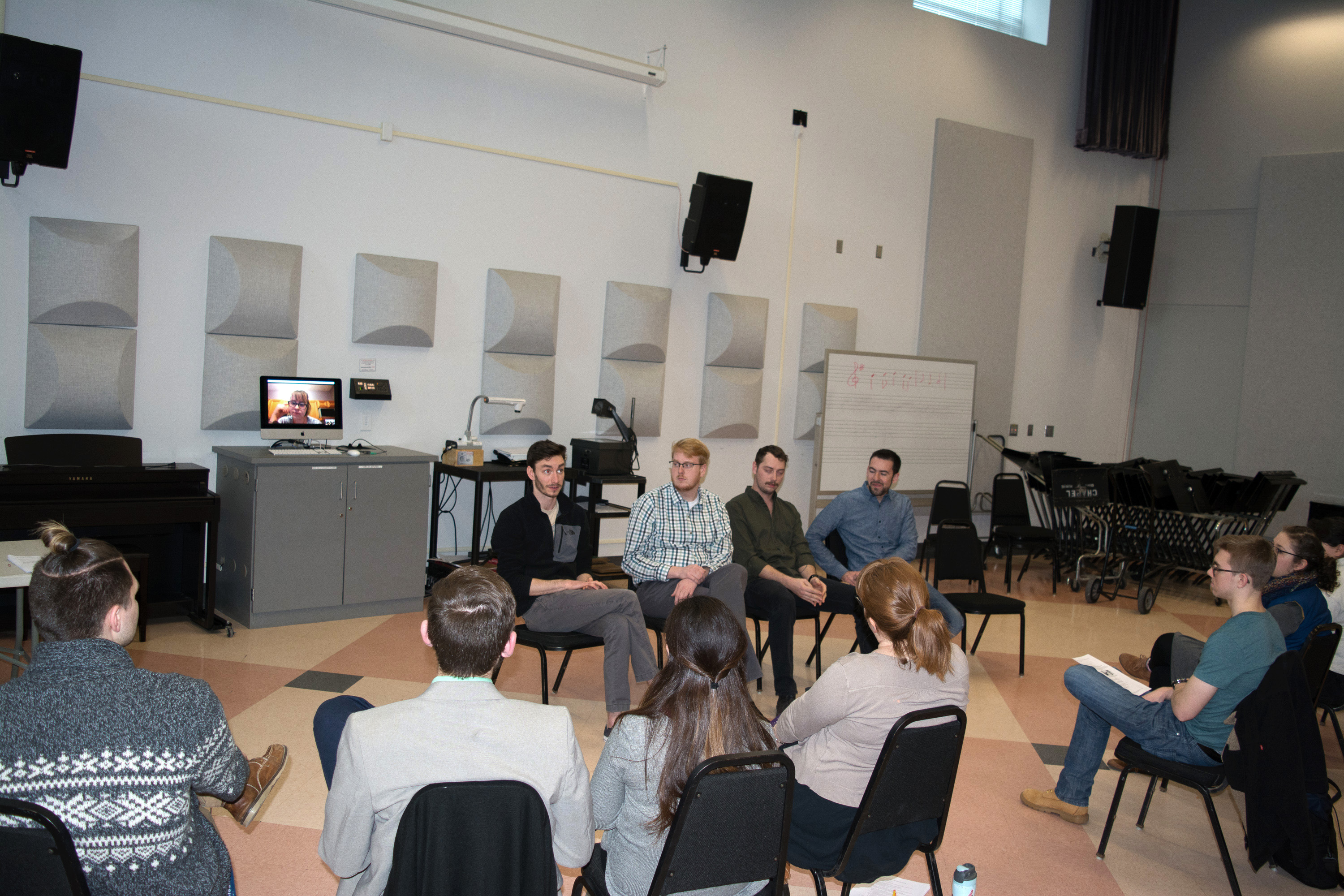 The final presentation of the day, “Teaching Music in Chicago Public Schools,” was given by Nestor Dominiguez ‘14 and Sarah Buksa ‘14. They both talked about their experiences teaching in the Chicago Public Schools system and how they found jobs and student teaching positions. Ibach ‘20 said that “sharing their struggles, triumphs, and thoughts was a great way to inspire current Lawrence students!”

One major change that differentiated this Music Education Symposium from past ones was that it was not held at Björklunden.

“This was the first time that we hosted an event like this on campus in Appleton,” stated Ibach. “Doing this allowed us to bring in more presenters, providing more programming and sparking more discussions.” Changing the location to Appleton also allowed more students to attend.

One of NAFME’s goals for future Music Education Symposiums is to make them accessible to a wider audience. Increasing advertising efforts and contacting local teachers and students at other colleges in Wisconsin farther ahead of time would make this event better.

“Be on the lookout for our event next year” said Ibach. “We’re going to try to make this event even better, something that will interest and apply to all