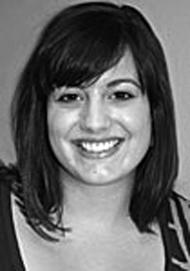 Every year the U.S Department of State’s Bureau of Educational and Cultural Affairs sponsors Fulbright programs which enable U.S citizens to establish cultural and political relations by teaching or doing research in a foreign country. The Fulbright U.S. scholars
program sends over 1,100 students, teachers and professionals to over 155 countries.
Lawrence University senior Sara Wallsworth will be spending nine months in Baden Wurttemberg, Germany, working as an English language assistant for middle school and high school students starting in September and ending in June of 2011.
Wallsworth began her application process in early October and was notified of her acceptance into the later rounds in January. Though students normally receive acceptance letters for the program in early May, Wallsworth learned of her acceptance in mid-April.
Sara is the 14th Lawrence student to receive the Fulbright scholarship since 2001. In the 2008-2009 academic year, Lawrence graduates Jan Hulbert and Spencer Nietzel received the fellowship to teach in France and Germany.
Throughout Wallsworth’s nine-month teacher assistantship, she will spend 12 hours per week teaching. The rest of her time will be committed to getting involved with the school, traveling and exploring Germany.
Wallsworth’s fall term study abroad experience in Freiburg, Germany solidified her initial decision to apply for the Fulbright Fellowship. She considers this scholarship to be an opportunity to re-immerse herself in the culture and environment that she loves.
The scholarship will provide a foundation for Wallsworth to become independent and to step into her own for life after Lawrence. She will be given a small living stipend, and at the beginning of her time in Germany, Wallsworth will attend a brief seminar on finding resources to find living arrangements for the duration of the program.
At Lawrence, Wallsworth devotes her time as an ESL tutor for the Center for Teaching and Learning. In addition to her commitment to the CTL, Wallsworth works as a tutor for both her German and linguistic courses. The Fulbright US scholars programs send over 1,100 students, teachers and professionals to over 155 countries.
For Wallsworth, this opportunity will promote personal growth, taking her education to the next level. She considers this to be the next step in pursuing her passions for linguistics and German. 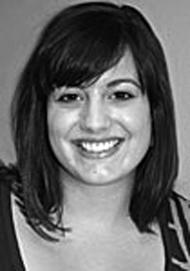