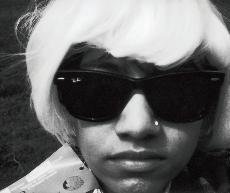 Fariha Ali is overwhelmed with existentialism. Ali, now a senior majoring in studio art, grew up in Dhaka, Bangladesh where she had always been interested in painting and drawing. When she came to Lawrence, she experienced an “existential overload” and luckily for all of us, began working in photography and film.
Ali described the cultural change from Bangladesh to Wisconsin as a major influence in her art. “When I first came here everything was influenced by my desire to assimilate. Then I started assimilating, but didn’t want to, but it was too late.”
She continued, “You start examining things and wondering why you liked them in the first place… American pop culture, hipsters – it’s all new to me!”
Examining American culture has certainly made its way into Ali’s recent whale of a senior art project: a video magazine. The magazine, PoMoNow – as in postmodern now – exists in print, but once you open it you find a DVD containing all the same articles, serving as a comment on how people today prefer not to read.
The DVD features many articles simultaneously celebrating and mocking the hipster/pop culture world. Ali has dreamed up a bounty of fake artists to feature throughout the magazine, such as the bands Blood Banana and Pill Grenade.
After reading an article in The New York Times about a plus-sized model – whom Ali describes as “crying about being absolutely beautiful” – writing a book called “Hunger,” Ali decided to write a profile of the fictional Jayne Dough, an average-sized model writing a book appropriately called “Average.”
The magazine also features a celebrity makeover, in which Ali dressed more fake celebrities in Andy Warhol wigs, and a lineup of this spring’s loveliest prom dresses modeled by some particularly manly men.
When she’s not busy creating what sounds like a completely hilarious adventure through American pop culture, she makes music videos in collaboration with fellow Lawrentian Nick Stahl. Currently, they are beginning to create a video for the campus band Perennial, which promises to be pretty awesome. For the video, Ali will get to literally dive into her work using underwater filming equipment.
When asked to describe her style, Ali simply shrugged and said, “It just has to be funny.” Ali’s dry humor and biting wit clearly cuts through her work, and to see it for yourself you can show up to the 2010 Senior Art Majors Exhibition Opening, May 28 at 6 p.m. in the Wriston Art Center lobby. Extra points if you come wearing a Warhol wig. 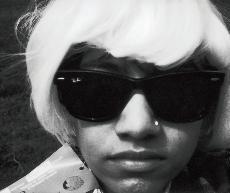