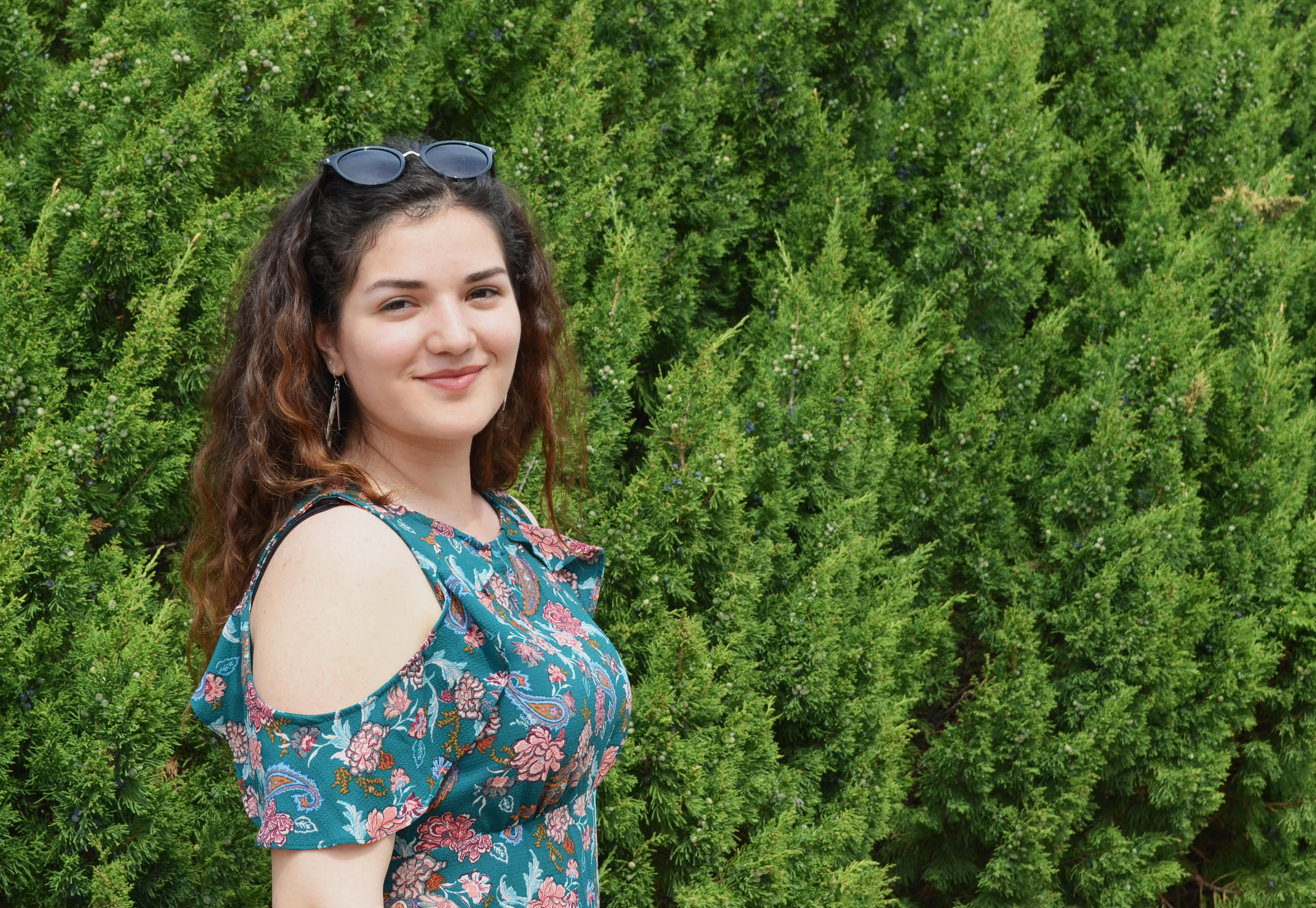 Senior and Bachelor of Music student Sally Alvarado will be graduating this June with a major in Choral/General Music Education and minor in Teaching English as a Second Language (ESL). Though four years has gone by fast, Alvarado has made many friends and memories along the way by joining many different student organizations.

In hopes of meeting musicians outside of the voice department and students in the college, Alvarado joined two Greek organizations, Sigma Alpha Iota (SAI) and Kappa Kappa Gamma. For Alvarado, both of these organizations have fostered her goals of being part of a larger organization of shared values: “I was able to get to know so many amazing women in a way that meant I had a commitment as a friend, which is different from being involved in other organizations that serve more academic purposes.” Apart from these two organizations, Alvarado has been on the board for Deep Listeners of LU for the past year which has greatly enhanced her experience as a music education major. “The way that I think about listening and creating music is so different than it was when I came to Lawrence,” Alvarado mentioned.

Earlier this term, Alvarado also performed her senior recital, “Dear Childhood.” On her choice of title, Alvarado stated, “When I first started programming…my initial idea was to have it be about my identity, but I was having a hard time focusing on the repertoire without feeling like I was cutting off a piece of myself that I wanted to represent.” Thinking about her childhood memories and the importance of her past gave her the inspiration to focus her recital on the bitter-sweetness of being an adult: “I decided that I wanted to give myself and the audience a little sliver of childhood.” Some of the highlighted pieces in her recital were the children’s stories, “Where the Wild Things Are” and “Goodnight Moon,” as well as a jazz ballad, “Radiance.” Never thinking of herself as a performer, Alvarado initially felt daunted by creating her program: “I prefer singing in small groups and ensembles, because my favorite part of being a musician is collaborating with others and creating together.” So, for her recital, Alvarado did just that, collaborating with friends and inviting audience members to participate by improvising while she read aloud the children’s works. Alvarado’s senior recital was an opportunity to share memories with friends and family as well as collaborating and arranging pieces with other musicians. For Lawrentians preparing for their senior recital next year, Alvarado advises, “Choose a theme that you are passionate about, collaborate with people who you love and respect and don’t try to please anyone other than yourself.”

Alvarado’s Teaching ESL minor has been another important aspect of her time at Lawrence. In the college, two of her favorite classes have been Sociology of Education and Ethnicity and Cultural Diversity in Education, both taught by Bee Connell Mielke and Associate Professor of Education Stewart Purkey. Alvarado enjoyed his classes because, “[Purkey] really pushes his students to think deeply…understanding how race and socioeconomic status affects students and how ‘business as usual’ will not suffice.” Classes in the Education & Education Studies Departments along with voice lessons, studio and music education classes all prepared Alvarado for life after Lawrence. This fall, Alvarado has plans student-teaching in Appleton with elementary general music, middle school choir and high school (English Language Learners). Afterwards, she will be looking for teaching positions in Chicago, as well as finding opportunities at nonprofit organizations.

With only a couple weeks left until commencement, Alvarado thinks of all the people that have become a large support network for her on campus. When asked if there were professors she would like to give a shout-out to, Alvarado replied, “Too many!” Instructor of Music Leila Ramagopal Pertl ’87 and Associate Professor of Music Brigetta Miller are two of these many professors who have been a large support in Alvarado’s four years at Lawrence. Pertl and Miller have helped her “navigat[e] being a musician and woman of color at Lawrence.” If she were to keep one thing from Lawrence with her after graduation, Alvarado says, “All of the opportunities that I have been given to explore my different interests.” This, of course, includes her friendships, classes and late-night talks “full of laughter with my roomba!”