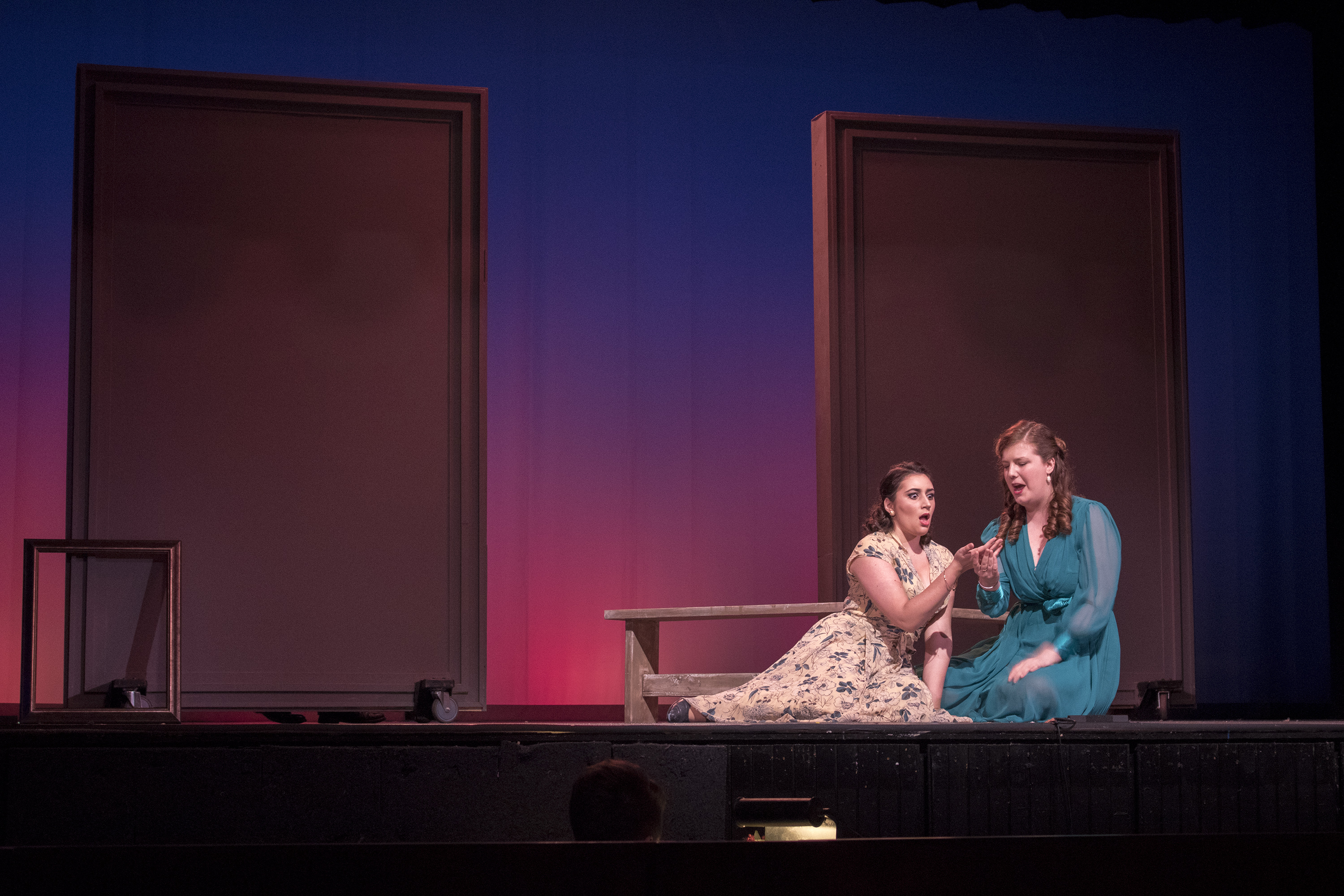 Each year, Lawrence’s vocal department puts on three different operatic performances: Fall Opera Scenes, a winter opera and Spring Opera Scenes. I had the pleasure of attending the spring scenes for my first time this year. I regret to say that I was only able to stay for about an hour of the scenes. While I got to see the first two scenes, I wasn’t able to get the big picture of the performance. As a result, I’ll only discuss the first hour, though I hope my review will encourage you to attend future operatic performances at Lawrence.

The first selection was the fourth and fifth scenes from Act 1 of Mozart’s “Così fan tutte” accompanied on piano by junior Craig Jordan. The scene started with two women waiting for their fiancés. They are surprised to find their friend, Don Alfonso, who tells them that their fiancés won’t be arriving because they have been called off to war. The two persuade Don Alfonso to bring the men over, and they sing a tearful goodbye. Overall, the scene gave the impressions of a sad and heartfelt goodbye and a meditation on going off to war. The plot was punctuated by moments of comic relief from Don Alfonso, who held a picture frame in front of both of the couples during the scene.

The second selection was comprised of scenes from Act 2 of Handel’s “Serse.” Director of Opera Studies and Associate Professor of Music Copeland Woodruff briefly spoke before this selection to explain the context of these scenes, simply stating, “It’s a lot.” The plot is a convoluted story with many different overlapping love interests. Woodruff explained that the very nature of the plot called for a lot of gender bending. For example, the role of King Serse was played by senior Nicolette Puskar. In addition, one character disguised herself as a man, while another disguised himself as a woman selling flowers. The result is a very confusing and comical set of scenes. My favorite moment of this selection was the character Elviro’s entrance from the back as he sang about selling flowers in a clearly fake and exaggerated falsetto. These roles covered an extremely wide range, from funny to heartfelt and from tragic to triumphant. Overall, I thought my first exposure to Lawrence’s opera scenes was a satisfying end to this year’s operatic season. I am looking forward to seeing more opera at Lawrence under the direction of Copeland Woodruff.