Waste Not, Want Not: An Exposé on Trash 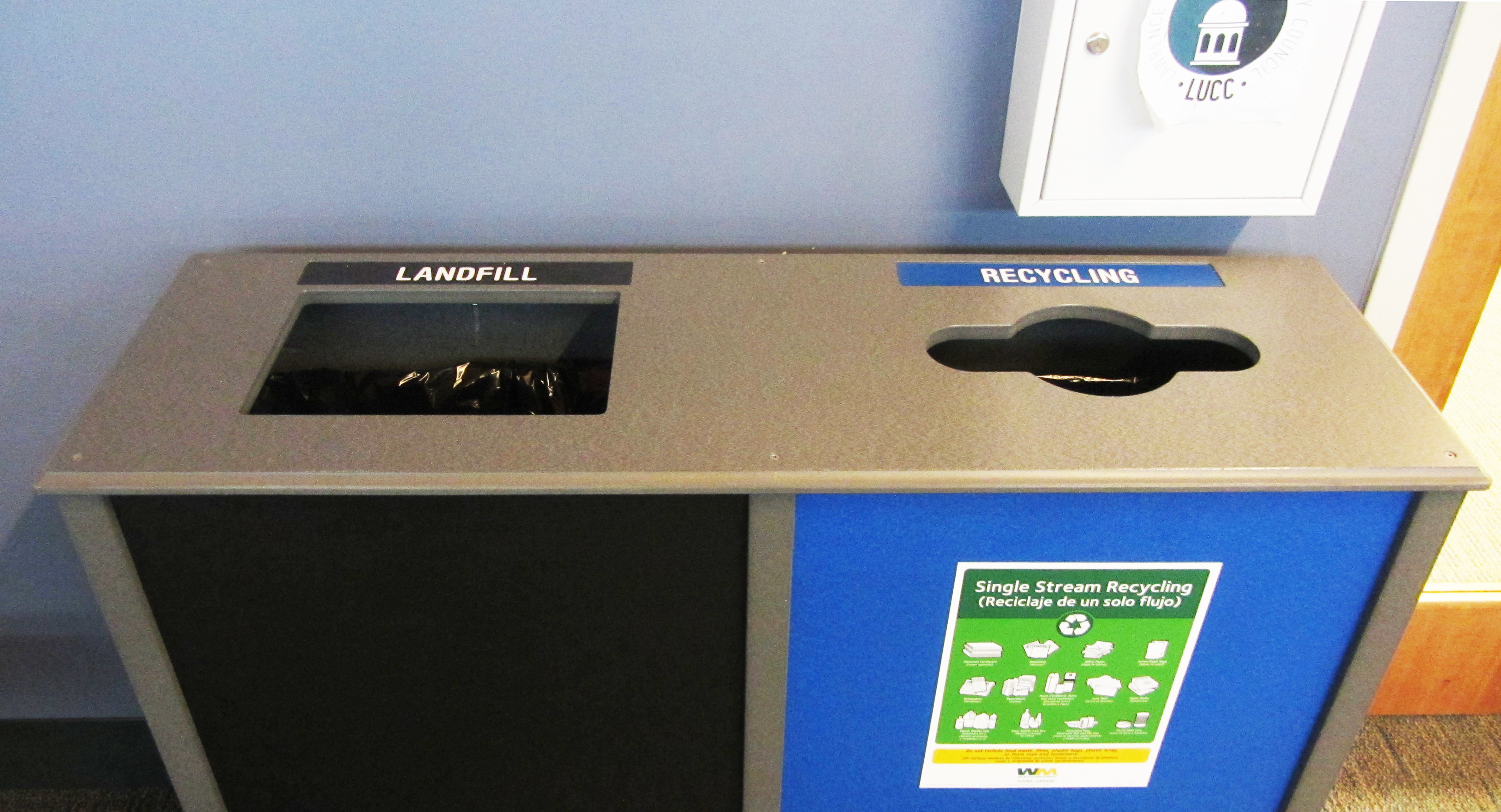 Some of the new trash bins on campus.

Students walking around Lawrence in the past few weeks may have noticed a change around campus. A black and blue presence lurking around every corner, waiting to be fed. These objects of mystery seemed to appear overnight, under the cover of summer… I’m talking of course about the new receptacles of refuge, i.e. the new trash and recycling bins around campus.

With one in each major residence hall, along with one on almost every floor of academic buildings, these new bins seem almost inescapable. And that is sort of the point. With these new bins, cross contamination between trash and recycling is expected to decrease by nearly 20 percent.

But, what is perhaps most exciting about these new bins is the story behind them, namely the fact that they came to be through the research and work of a single student. Travis Charlow ’18 was a member of the Sustainability Steering Committee last year and conducted a waste audit during the Fall of 2017 in order to assess Lawrence’s waste contamination rate.

“Waste Contamination” is when items that are meant to be recycled are instead thrown in the trash, and items that are meant to be thrown in the trash are mistakenly recycled. Waste contamination is an important issue as it drastically reduces the efficiency of sustainability efforts. When waste contamination is too high, recycling companies can even refuse to accept the recycling of institutions.

In Charlow’s waste audit, he found that in some cases, the waste contamination rate was greater than 50 percent! In response to these findings, Lawrence and the Sustainability Committee decided to take action and funded the installation of pilot trash and recycling bins in Youngchild Hall and Trever Hall during Winter Term.

By the start of the current school year, the new bins had been installed around campus, stickers had been stuck onto each bin to explain what can and can’t be recycled and blue recycling bins had been placed in every dorm room to make it easier for students to recycle in their own rooms. These are small, but significant steps in the journey to make a more sustainable Lawrence.

If you have an idea to make Lawrence more sustainable and would like the opportunity to receive funding by the Sustainability Steering Committee, go to the “Sustainable Lawrence” page on the Lawrence website and click “Apply to the Student Sustainability Fund.”