Neumeyer’s leadership on the court 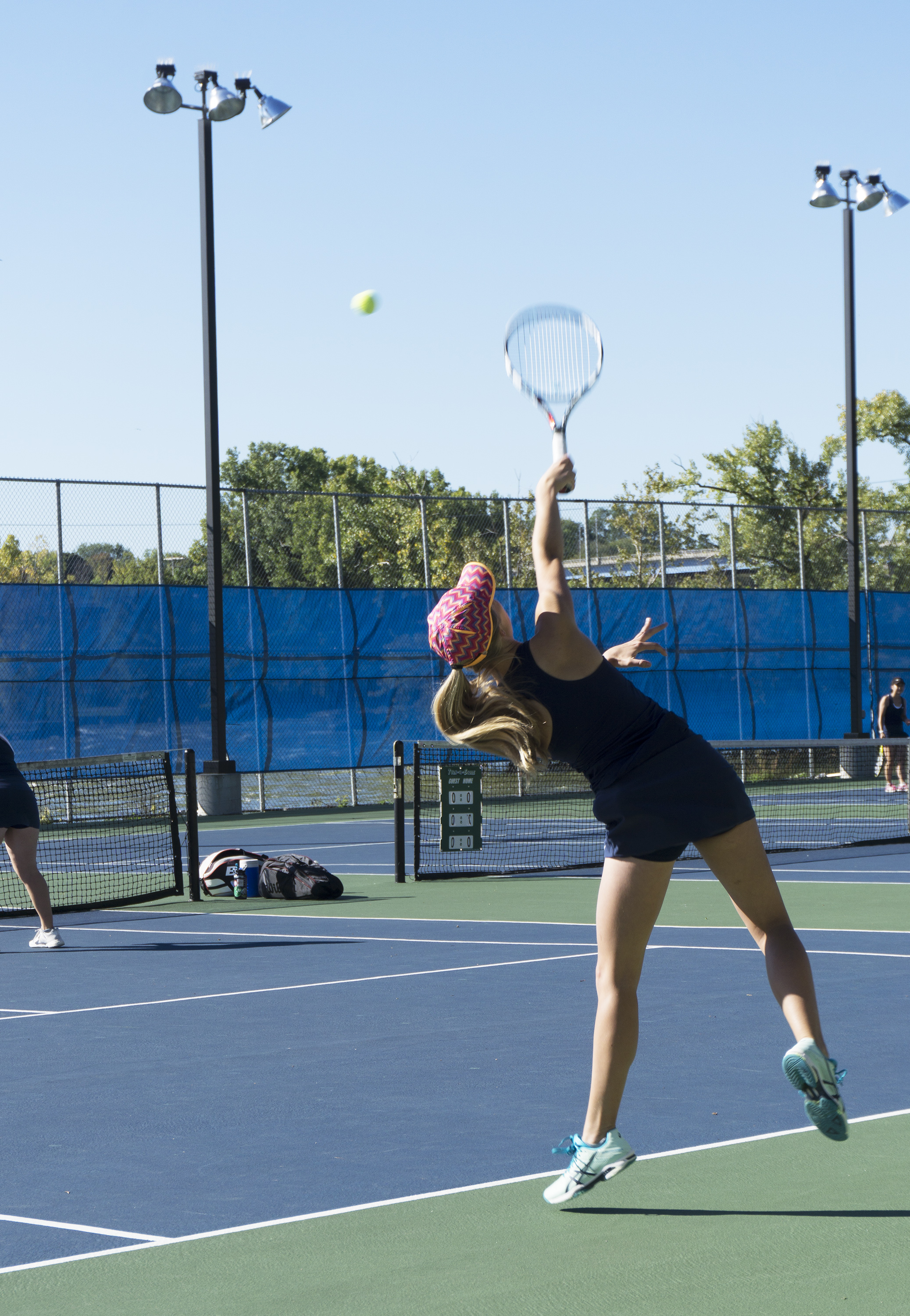 The Lawrence University Women’s Volleyball team wrapped up the bulk of its non-conference season this past weekend in Waukesha, Wisconsin as Carroll University hosted the Carroll Triangular tournament. The Lady Vikes started off playing the University of Dubuque on Saturday, September 22, followed by a game against the host Carroll University.

Lawrence struggled against the stiff competition as University of Dubuque swept the Lady Vikes 3-0 in games that went 25-16, 25-17 and 25-17. The Lawrence offense struggled as the team hit just .021 for the match. Senior Katie Kumbalek had 14 digs in the match and passed the 1,000 career digs mark in her time at Lawrence. The Lady Vikes did not fair much better as they were also swept by Carroll 25-23, 25-15 and 25-16. Freshman Sophia Galassini led the Lawrence offense with six kills and Kumbalek added another 16 digs in the game.

The beginning of the season has been tough for Lawrence as they have a 1-16 record going into their conference schedule, but senior Arianna Neumeyer has been a strong leader on and off the court this season. Her tremendous performance in a five-set match against Ripon College on Friday, September 14th, in which she had 26 kills and 24 digs earned her a nomination for the D3 Volleyball Hero of the week. Neumeyer narrowly lost the voting for the award to Julia Paliwodzinski by just four votes. “I contribute my individual success to my coaches and teammates who are always pushing me to do my best and to work hard on and off the court,” said Neumeyer. She added, “Lifting and workouts also play an important role in my individual success. Going above what is expected of me and being strong physically and mentally from lifting during the off-season allows me to excel when the time comes to compete.”

The Lady Vikes have shown improvement over the last few weeks as a lot of new faces integrated themselves into the team. The team’s youth has allowed for a few changes as “having only two seniors on the team allowed us to switch over to a captain-based system. In the past, we voted for weekly captains based on their performance from the week before. Having such a young team with only three upperclassmen, Katie Kumbalek and I contribute leadership and experience for the rest of the team. We also offer composure and poise when situations get tough,” says Neumeyer.

One of the strongest parts of the volleyball program at Lawrence is the bond the team has. Whenever you watch them play, their energy and enthusiasm for the game is undeniable. Neumeyer says, “My favorite part of volleyball at Lawrence is the opportunity to play the game I love while getting a great education. Also, the friendships I’ve made the past four years on the volleyball team are ones that will continue long after college. There is a special bond you make while being teammates. They’ve been there through some of the worst times and some of the best times of your life. They help you grow and become a better person.”

The team hits the road this next week, but they will be back in action at Alexander Gymnasium on Friday, October 5 at 7 p.m. as they host Knox College. The will take on Monmouth College the following Saturday, October 6 at 1 p.m. The team would love to see fans out at the game. As Neumeyer says, “I would like other students to know how much we appreciate all the support they give us. The energy students bring to our games helps us tremendously on the court. Having people at our home games and asking how our away games go makes us feel a part of both the Lawrence community and the athletic community.