Athlete of the Week: Morgan Fisher 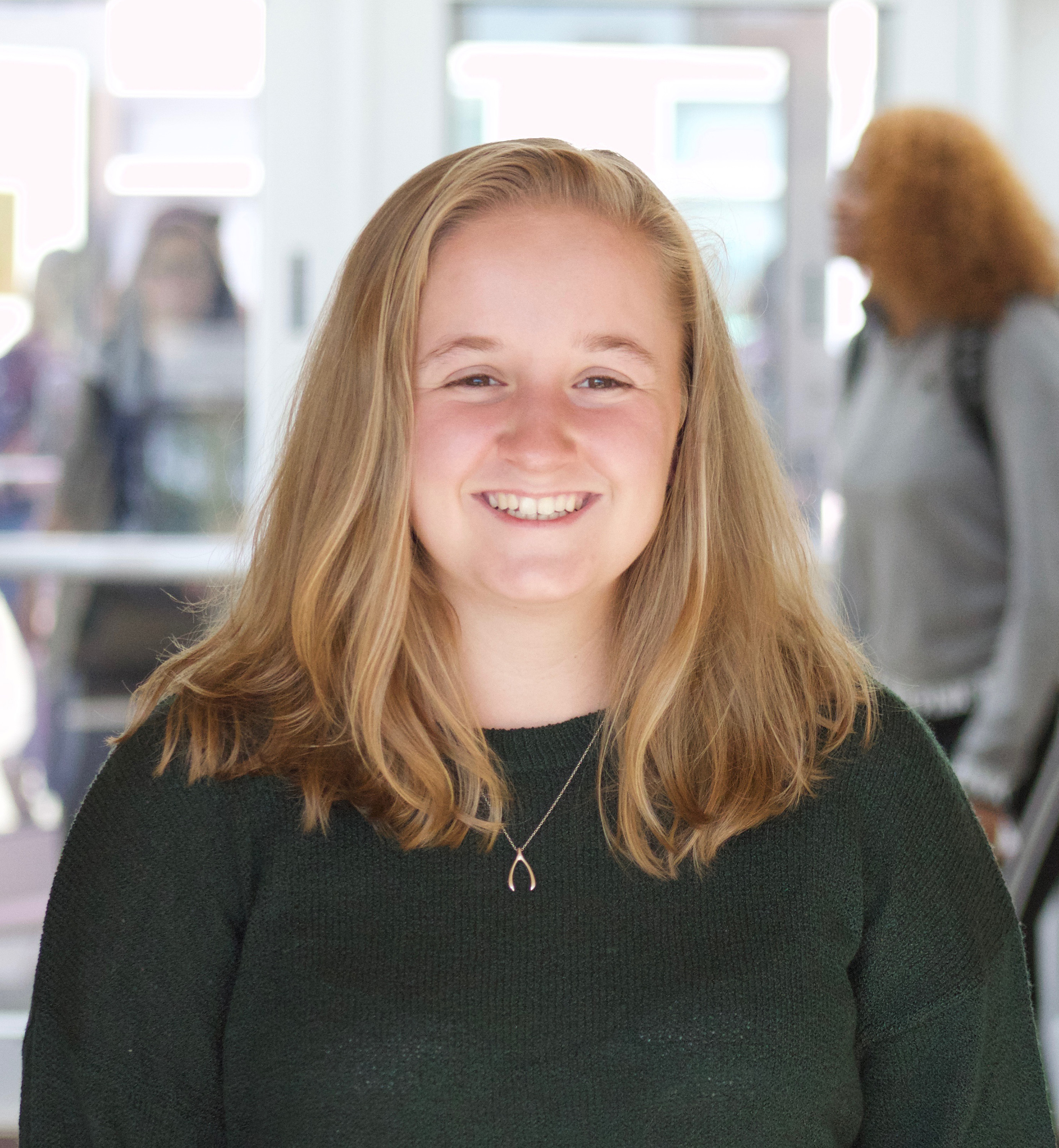 Morgan Fisher is a first-year student athlete from New Trier High School in Winnetka, Illinois. Fisher plays for the women’s tennis team, which has recently had a winning streak. In the past week the Vikings have won four of their last five games, and Fisher was undefeated in each of the Vikings’ wins. On Saturday, September 22, Fisher’s effort helped the Vikings edge UW-Stevens Point. She teamed up with Senior El Goblirsch in the doubles competition before winning a close singles competition in a three-set effort to drive the nail in the coffin for the Lady Vikes’ best week of competition this season. Fisher talked about her performance as this week’s Athlete of the Week.

Wyatt Lee: What do you plan to study at Lawrence? Do you plan to get involved with any clubs or on-campus organizations?

Morgan Fisher: At the moment, the plan is to study Physics and do pre-med as well. After looking at all the clubs that Lawrence has, of course I’m planning to get involved—the question is in what? The baking and cooking club looks cool, but so do all of the 50 physics clubs here. After attending a Women and Underrepresented Genders in Science meeting, I know I definitely want to be a part of that club. I would also like to be a LARY buddy, so my only issue is figuring out how to fit that all in my schedule!

WL: What’s been the difference for you and your team in your success this last week?

MF: I’d say the difference is that we have had a little more time to get back into match-play and to adjust to our doubles partners. Having some wins under our belt is a great way to keep our spirits up and pushing when the matches get difficult.

WL: What will you need to do to keep that momentum going?

MF: I’ll say something that my doubles partner El Goblirsch and I say to each other: “Placement over power.” To me, this means to not get over excited and hit the ball really hard (which usually results in hitting it out), but to take time to think about where to place the ball so that the other team can’t get to it. This is how I plan to keep up my own personal momentum—to not get cocky and overexcited, and to continue to play smart tennis.

WL: Can you speak about the transition to college tennis?

MF: I have loved this transition. My high school team was giant and as a result, it was hard to get close to everyone. Although having an eight-person team has its challenges, the small size means that it has already started to feel like a family.

WL: How have the team’s seniors and captains contributed to your team’s recent success and in your transition?

MF: They have been incredibly supportive in every way, from asking about how making friends is going to high fives every time we pass each other at practice. This last weekend, when I was the last one playing in my third set, they were all cheering for me, which helped me push through to win.

WL: You had an undefeated weekend, and your doubles victory (with El) against UW-Stevens Point and your three-set victory proved to be the difference for the team. How does your mindset change in those situations?

MF: In doubles, El and I have figured out how to work with each other really well. I tend to focus on playing smart tennis and working together with her to win. In singles, especially when I’m down or when a match is really close, I like to think about what my mom always says when she watches professional tennis: “I love how [Rafael] Nadal stays composed when he’s frustrated,” and “whenever  [Roger] Federer is down, he doesn’t give up.” I do my best to embody those characteristics, and it definitely helps me play better.

WL: What’s something fans of Lawrence should know about you?

WL: What’s something that students at Lawrence who might not know much about you and your team, or tennis in general, should know?

MF: It takes six people to play on a tennis team, and we have eight, which means that almost everybody gets to play both doubles and singles in every match, and our remaining players usually play an exhibition match or two. So if we’re tired, it’s because we likely played a few hours straight of tennis!