Athlete of the Week: Arianna Neumeyer 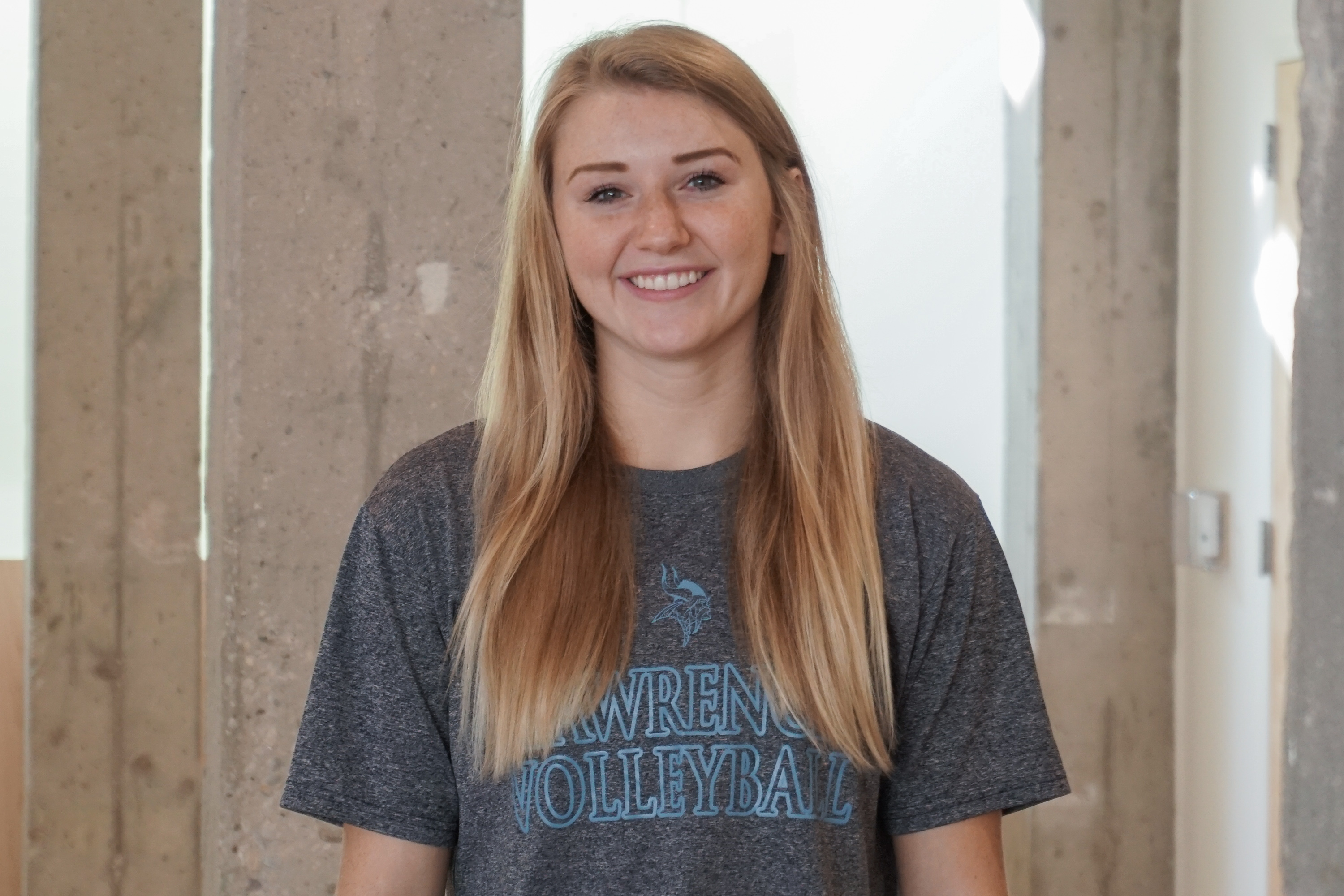 Arianna Neumeyer is a senior volleyball player from Lutheran High School in Manitowoc, Wisconsin. She is a captain and leader on the volleyball team and during the school’s Blue and White weekend helped author the Vikings’ most impressive weekend of play all season. On Friday night, October 5, Neumeyer and her teammates blanked Knox College 3-0. On Saturday, October 6, the Vikings then rallied from an 0-2 deficit against Monmouth College, winning three straight sets to steal the match. In the process, Neumeyer amassed over 36 kills, firmly putting her over 1,000 kills for her career at Lawrence. She has become an exclusive member of an elite club of Lawrence athletes, becoming only the third player in school history to amass over 1,000 kills and 1,000 digs. Her accolades and achievements also earned her the Midwest Conference Player of the Week honors, as well being recognized here as the Athlete of the Week. She has earned Athlete of the Week honors nearly a dozen times in her prolific career at Lawrence.

Wyatt Lee: Big weekend. You now have over 1,000 kills and over 1,000 digs in your career at Lawrence, just the third player in school history to accomplish this. Can you talk a little about what that milestone itself means to you?

Arianna Neumeyer: I believe this is a huge accomplishment for myself, considering I’ve never achieved 1,000 in any stat for anything in high school, so this is something new and exciting for me. I also believe this is a difficult goal to reach at a college level because the competition is much higher than any other level. It is reassuring to know that all the hard work in the game of volleyball has paid off.

WL:  The team’s match against Monmouth was wild throughout and a pretty heroic comeback. What sort of things were being said among your teammates when you were down two sets? What was the spark that got the team going and then how did you as a team handle the swing in momentum?

AN: It was definitely some of the best volleyball we have played all year. This was a huge step for the team being able to come back from 0-2 while not playing our best volleyball to changing our mentality and being determined to win. We all knew we were more than capable of winning that game and once the team realized it, we stepped up our game. We started playing harder and smarter. Really the only thing that was said was by coach, and he said he believed in us and he knew we could do it because we have done it in the past.

WL: This weekend also featured your “Pink Out” game. Can you talk a little about what all that entailed?

AN: Our “Pink Out” game is our cancer awareness game. We get to wear our pink jerseys and show our support for those who have passed away or have survived cancer.

WL: What’s one thing people at Lawrence should know about you?

AN: I do a lot of coaching around the community. I am currently the head coach for the Wisconsin Blaze Volleyball team, 12 and under, for this upcoming club season.

WL: What’s one thing students and fans should know about your team in general?

AN: Students and fans should know that everyone on the team loves the game of volleyball and can’t wait to play in our last two home games this weekend! (October 12th and 13th)