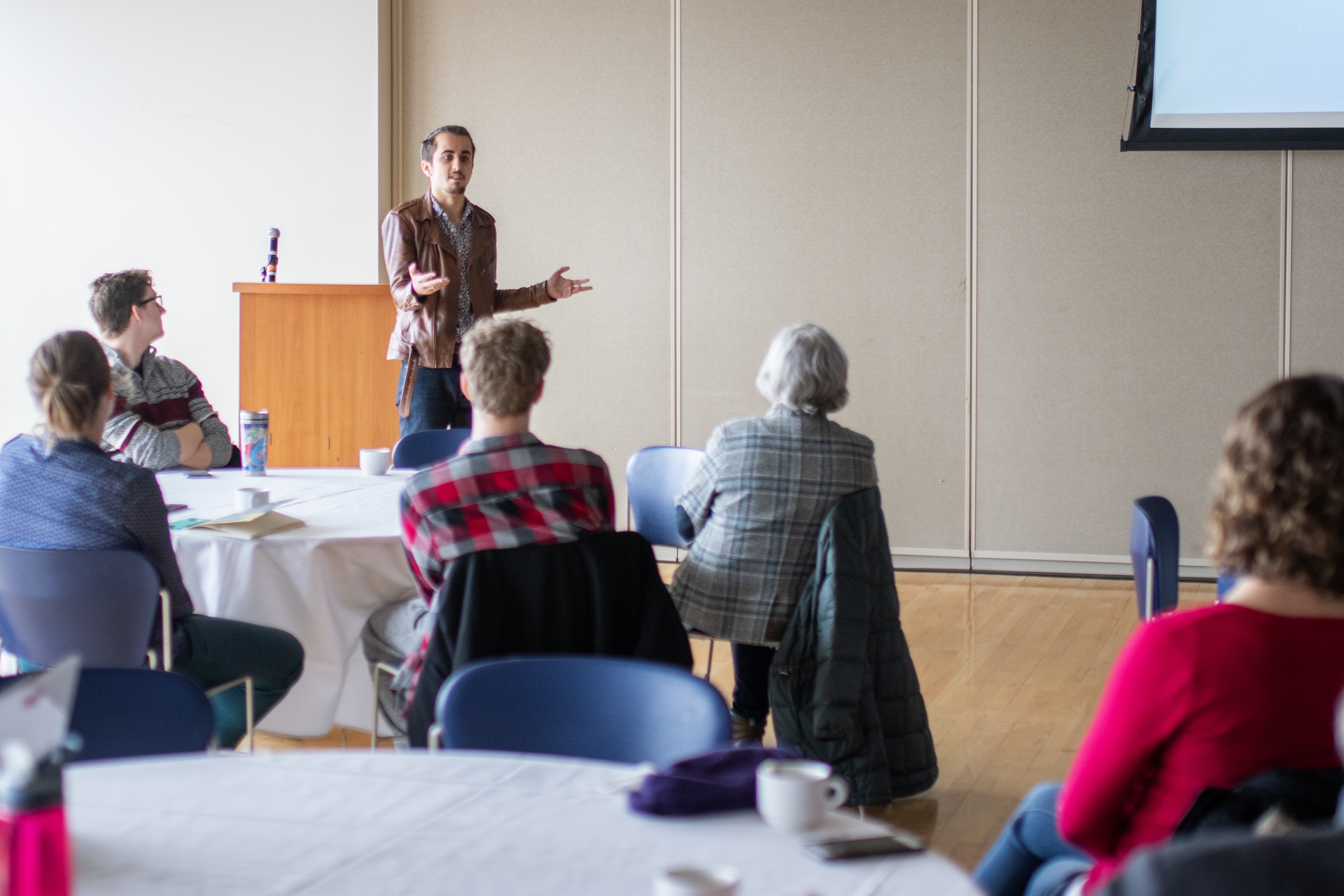 On Tuesday, Feb. 12, Professor of Religious Studies Martyn Smith gave a presentation entitled “Islam in America: The Success Story of Dearborn, Michigan.” Smith discussed the subtleties of Islamophobia and drew on his experiences taking students on trips to Dearborn to reflect on what makes it a distinctly American community, sharing the podium with a few of said students.

Dearborn is a small city just outside of Detroit, and it contains one of the highest concentrations of Muslims in the U.S. Its large immigrant population consists mainly of immigrants from Lebanon, Syria, Iraq and Yemen. Smith explained that this high concentration of immigrants is a result of local Ford factories.

These factories attracted immigrants on account of the repetitive, boring jobs that nobody else wanted to take. Dearborn is also a cultural hotspot; examples Smith gave include the Islamic Center of America (the largest mosque in the U.S.), the Arab American National Museum and Shatila Bakery.

Smith referred to Dearborn as a “lightning rod for controversy” and showed a photo of a Westboro Baptist Church protest. However, he noted that is an extreme end of discrimination, and instead wanted to discuss the “softer forms of Islamophobia” that show up in the media.

For example, Senior Jonathan Rubin, who went to Dearborn, recalled Senator Ted Cruz suggesting that Dearborn be the subject of testing of new government monitoring techniques. An interesting insight Smith shared relates to the community response to this discrimination. “One man I spoke to used the word “sushi” to refer to Sunni and Shia Muslims living together harmoniously; in the face of adversity, people reevaluated who they were comfortable associating with.”

In spite of general suspicion, Smith called Dearborn a “very Americanized and successful place”; its exemplification of a distinctly American community, he argues, is what makes it an excellent counterexample to prejudice. “There aren’t a lot of places in the U.S. where you can get a complete and total understanding of a culture,” he said. “And, it is interesting to see how foreign cultures shift to acquire their own American signature.”

Two other students shared what they took out of their time in Dearborn.

Fifth-year Senior Meghan Murphy said, “The people in Dearborn want the voices of Muslims to be heard nationwide. They were very hospitable and made it clear they wanted us to hear their stories.” Senior John Newhall said, “In religious studies, it is easy to just sit and read theologians, only looking at religion from the outside. Going to Dearborn was an opportunity to see the practice of faith firsthand.”

While immersion in a culture in one of the best ways to deal with discrimination, Smith emphasized that certain disagreements are inevitable. “Dearborn isn’t some progressive heaven,” he said. “Some of the imams are very conservative, and we had to navigate around things like them refusing to shake hands with female students. Yet, in the midst of disagreement we still found friendliness and understanding.”

Smith clarified that in addition to combating Islamophobia, the example set by Dearborn also combats Islamic extremism. “The sermons we attended were invariably anti-violence and anti-extremism,” he said.

He added that extremism arises when people are alienated from supportive communities of worship, leaving them vulnerable to violent ideologies such as those found on internet communities. His conclusion is that “American mosques do the heavy lifting against extremism,” with Dearborn being exemplary of successful integration into American culture in a way that mitigates prejudice and violence.