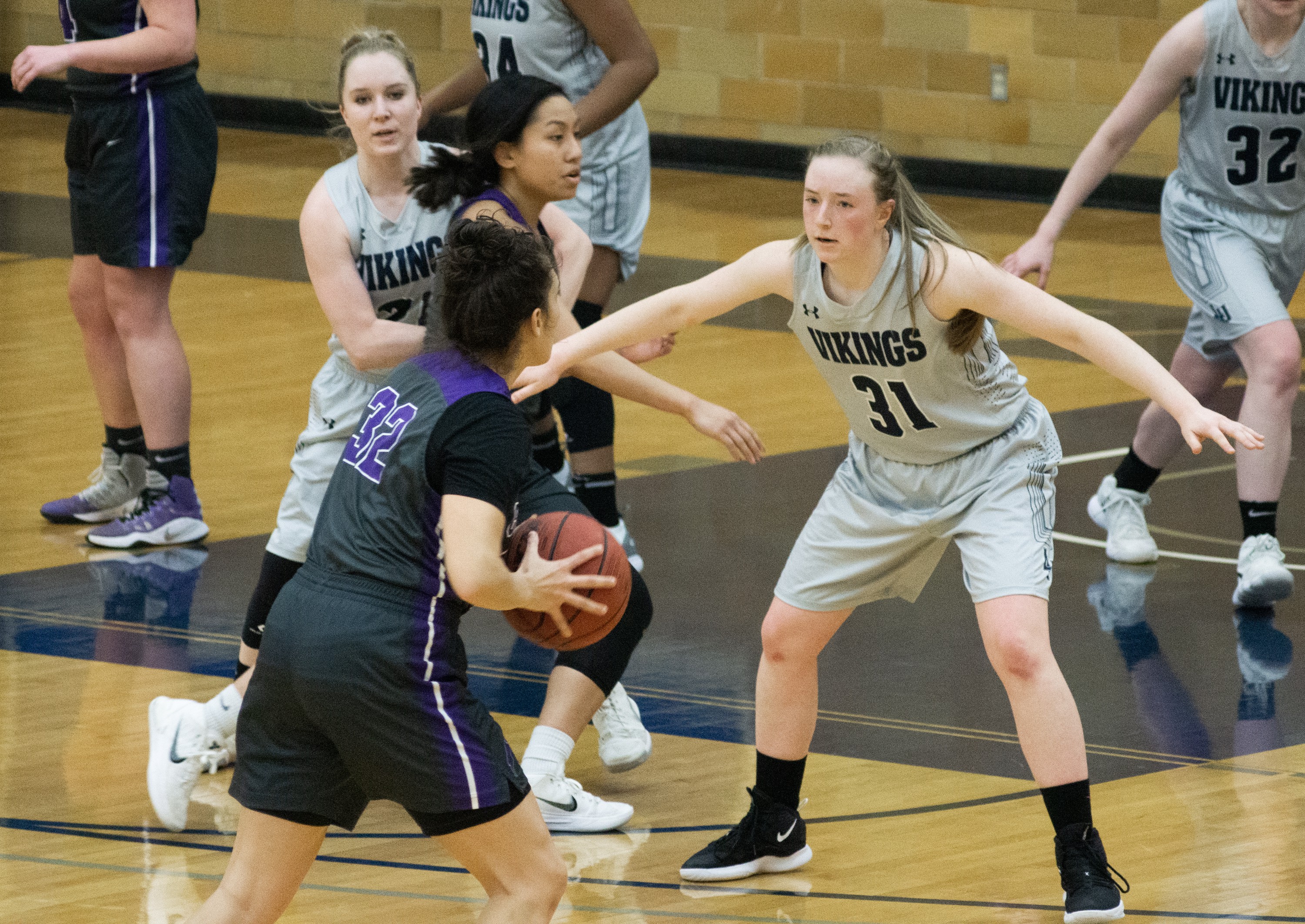 The Lawrence University women’s basketball team played its final game at Alexander Gymnasium for the 2018- 19 season this past Saturday, Feb. 9. The game was also the final home game for seniors Leah Reeves and Arianna Neumeyer. They were matched up against the Cornell College Rams who were 6-14 overall and 6-9 in the Midwest Conference going into the contest. The Lady Vikes won the first match-up of the season with a score of 64-52 on the road in Mount Vernon, Iowa.

This season has been a special one for Reeves as she said, “My senior season has been full of opportunities and growth. It’s our coach’s first season at Lawrence and we have been able to learn so much from him. I am so proud of how much the team has developed over this season. We are building something special and I’m thrilled to see what this program and LU athletics can accomplish in the future.”

For Neumeyer, this season marked the first time she played basketball at Lawrence. After spending four years on the volleyball team, she decided to pick up basketball at the collegiate level, saying, “I decided to play basketball this year because I realized this was my last chance to ever play it in a competitive manner. When I first started practicing, the team was very welcoming and I enjoyed being around them and wanted to build relationships with them.”

Sophomore Kenya Earl helped Lawrence start strong as she hit a three-pointer for the first points of the game. The Lady Vikes had a strong first quarter as they built up a 13-7 lead over the Rams. However, Cornell came back in the second quarter and took their first lead of the game, 15-14, less than two minutes into the quarter. Then Lawrence had an almost four-minute scoring drought where Cornell built up a five-point lead. Cornell would take the lead to the locker room at the half, as they were able to stretch the margin to eight points with 32-24.

In the third quarter, the Lady Vikes slowly chipped away at the Cornell lead. During the quarter, Cornell’s lead was as big as eleven, but by the end Lawrence was only down by four as the score stood at 45-41. With just over seven minutes left to play in the game, Lawrence tied the game at 45 with a free-throw by Reeves. Two free-throws from sophomore Erin Hill gave the Lady Vikes a 47-45 lead with six and a half minutes remaining. Lawrence and Cornell then traded the lead multiple times in the next few minutes. As the game clock wound down, the score remained knotted at 55. Cornell made a three-pointer with just under two minutes to go to tie the game, and those were the last points scored in regulation. The game headed to overtime.

The five-minute overtime belonged to Lawrence. Earl scored the first points for the Lady Vikes to take a 57-55 lead and the team never looked back. They opened up a seven-point margin and went on to win the game 64-57. This completed the season sweep of Cornell for the Lady Vikes. Reeves had a double-double in the game as she scored 15 points and collected 10 rebounds. Earl led the team in scoring with 22 points while Hill added another 11 for Lawrence.

While it was nice to go out on a win at home, Reeves and Neumeyer are taking much more with them than wins and losses. “I will remember most the memories and moments I had with both the volleyball and basketball teams,” reflected Neumeyer. “I won’t remember how many wins or losses I had throughout my career, but I will remember the people I was with.”

Reeves echoed this sentiment, adding, “I will remember the relationships and bonds I’ve created the most. My teammates are my best friends and have been my family for the last four years. My coaches have helped me develop as a player and leader. I am eternally grateful for the tremendous support and encouragement I have received from my team, my coaches and the entire athletic department at Lawrence. I could not have grown into the person I am today without the people I’ve met and the experiences I’ve had through Lawrence athletics.”

As the two prepared for their final road games in a Lawrence uniform, they offered advice to the next incoming class. “I would tell the incoming freshmen to not take any of the times they get with a team for granted,” said Neumeyer. “You get to be around your teammates all the time, even during the offseason. Also, if you put in the work for your sport, it will make your time here a lot more fun.”

Reeves responded by saying, “Take full advantage of every opportunity to develop as a player and a person. Lean on your teammates and your coaches for support. Spend time with the people you care about and the people who support you. And enjoy the experience!”

Both women have made incredible contributions to athletics at Lawrence University. They have two final games left in the basketball season as the team travels to St. Norbert College and Illinois College to close out the season.