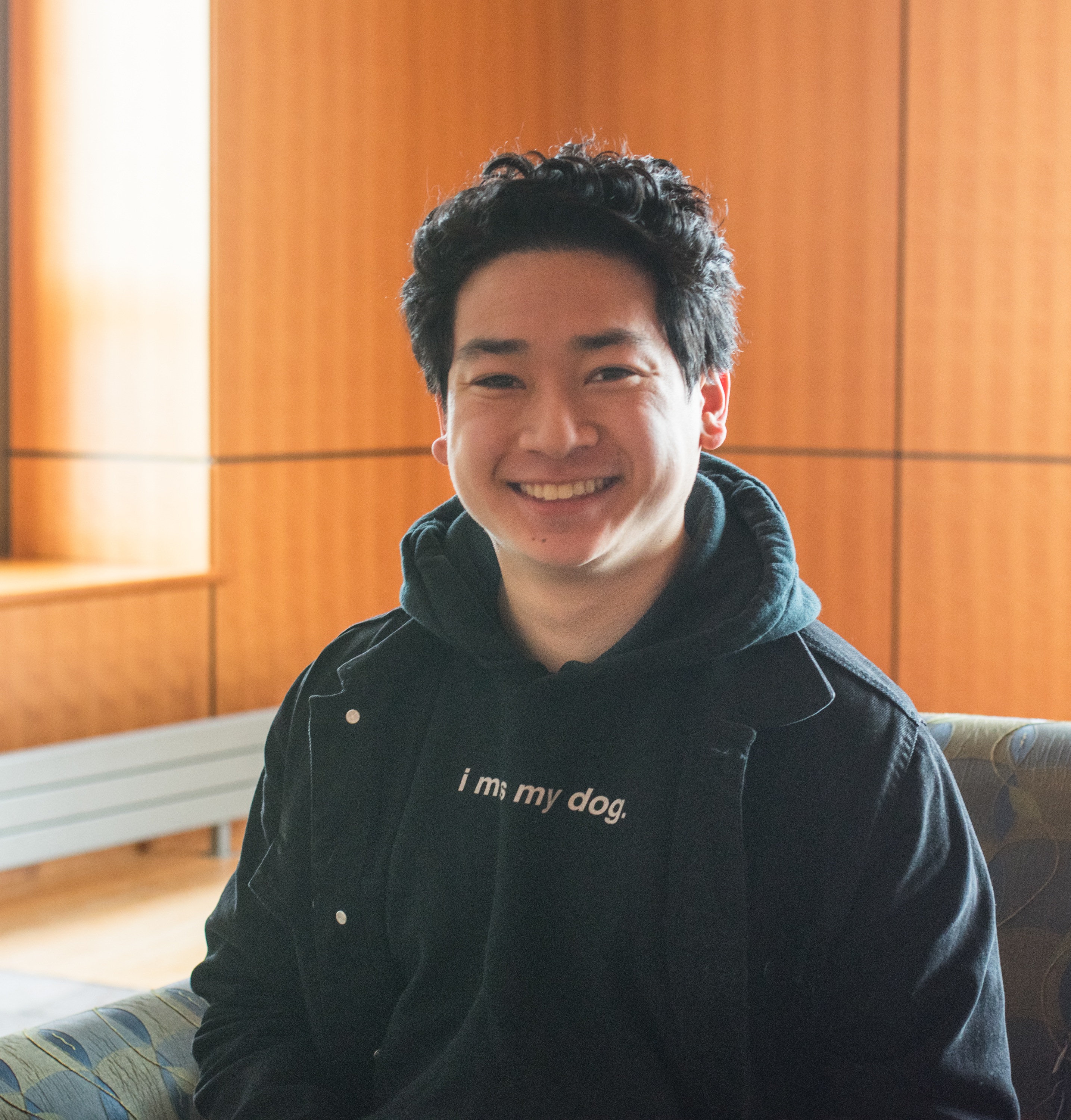 While we’ve always been told not to bring up money, politics or religion at the dinner table, sometimes it’s these subjects that can lead to the most insightful discussions. Our perspectives on spirituality and religion are as different as the backgrounds and stories that we carry with us are. This column will showcase students and their relationships with faith and religion in hopes of celebrating the many ways in which we philosophically, mindfully and spiritually make sense of the world around us.

Junior Economics and English major, and my friend, Cynfor Lu is a nonreligious person who is widely influenced by religion. Throughout his three years at Lawrence, Lu has encountered many different religious lifestyles, from traveling to Nepal and living in a monastery learning about Buddhism, to participating and attending Eccumencal Christian Taize services through Lawrence’s Center for Religious and Spiritual Life, Sabin House. As someone who does not affiliate himself with one religion, Lu has found many religious avenues that have enriched his perspectives, as well as kept them open to new ideas.

Lu never grew up with religious ideologies, but he feels like that has actually helped him to be more aware of religious ideas. Lu said, “I used to be an atheist, but as I’ve learned more about religion, I definitely feel like I lean more towards agnostic. I didn’t think there used to be a difference but then I looked it up one day and said ‘Oh, I like one of these more than the other.’ There was never religion in my household. I appreciate that now, because it’s like a choose your own adventure for me. I can learn about religions and see what aspects appeal to me. I don’t have to practice one or the other, I can take bits and pieces of things I learn from them and apply them to my life.”

While Lu now finds value in exploring different religious ideologies, he did not always see it this way. Lu stated, “Growing up, I just assumed all my friends thought the same way as me about religion. But as I started meeting more religious people and learning about their faith, I realized it’s not just about belief, it’s a community. That is something I occasionally wish I did have when I was younger. The community aspect of religion seems like a very unique experience. So it was definitely a conscious decision of mine when I came to Lawrence that I wanted to learn more about religious communities. I think it would be wrong of me on my part to just completely disregard religion even though I didn’t grow up religious.”

Even though Lu considers himself agnostic, he does hold to what he sees as his own sort of beliefs. “I don’t believe there is a specific divine being,” he said, “but there is some connecting force outside of science’s scope that exists. It’s not necessarily tangible or identifiable, but there is something. For me, it depends on the day as to whether I feel that force or not. There are some days when I’m so caught up in my own world that I don’t consider, but there are days where I find myself thinking more about my place here and the complexity of everything. Those are days where thing just don’t feel like pure chance.”

Lu only feels his perspectives on religion widening as he gets older. Lu stated, “I’ve become more open as time has gone on. I’d never describe myself as a staunch atheist growing up, but I do think I saw believing in something as sort of dumb. Honestly, the 2016 election was a kind of catalyst in changing how I view things. It made me consciously evaluate how I feel about my understandings and my biases. I realized that intolerance swings on both the left and right side, and I started trying to address that in my own life.”

With that conscious evaluation came Lu’s interest in engaging with spiritual life here on campus. From his travels in Nepal with Religious Studies Professor Connie Kassor, and his participation with Lawrence Taize services, Lu thinks it’s important to try and understand religious views from both an academic and a faith-based lens. He stated, “I think there’s value in looking at religion through both academic and experiential perspectives. There’s definitely parts of Buddhism that I didn’t understand as much when I was in Nepal because I was looking at it academically and not spiritually. But in my experiences with Taize here on campus, I’ve realized there are definitely parts of Christianity that I don’t understand because I’ve just seen it and understood it through media and popular culture.”

Lu traveled to Nepal over the D-term of his sophmore year at Lawrence. In Nepal, Lu stayed at a monastery, mediated daily and got familiar with the lifestyle of the monks who called the monastery their home. Lu explained the significance of this trip: “It honestly gave me a lot of respect for Buddhist monks. When you see these monks and learn about all they’ve been through, their commitment is so impressive. A lot of them are refugees from China who just decide to dedicate their lives to this one thing. That takes a lot of commitment and that’s scary. That 100% investment in one lifestyle was so impactful for me to learn about.”

Lu’s experiences with Taize have been just as impactful. Taize is an open form of worship that’s rooted in the Christian tradition and uses prayer, mediation, chants and prose to create experiences for anyone of potentially any faith to find sacred moments within. Lu said, “I think I see Taize actually connecting a lot of ideas between Christianity and Buddhism. Taize is important to me because it’s about as close as I can come to experiencing the community of going to church. I think I actually prefer Taize more so than simply meditating because the services give me something to focus on and repeat through chants. Having that constant focus actually helps me to feel more meditative.”

Whether it comes to Lu’s travels in Nepal, or his experiences with Taize, Lu continues to cultivate his own perspectives on religion and as an agnostic, Lu does see faith playing a large role in his life. Lu made a point of this as he stated, “There is something to faith that is irrational, and I think that’s okay. I do have faith that there’s something we can’t explain. Something that’s outside the scope of science. It doesn’t necessarily control everything, but it connects people together. Maybe it’s just chance, maybe I believe in chance. But there is some unidentifiable force. Instead of overthinking it, I just accept it.”