Work It: RLAs and HRLAs 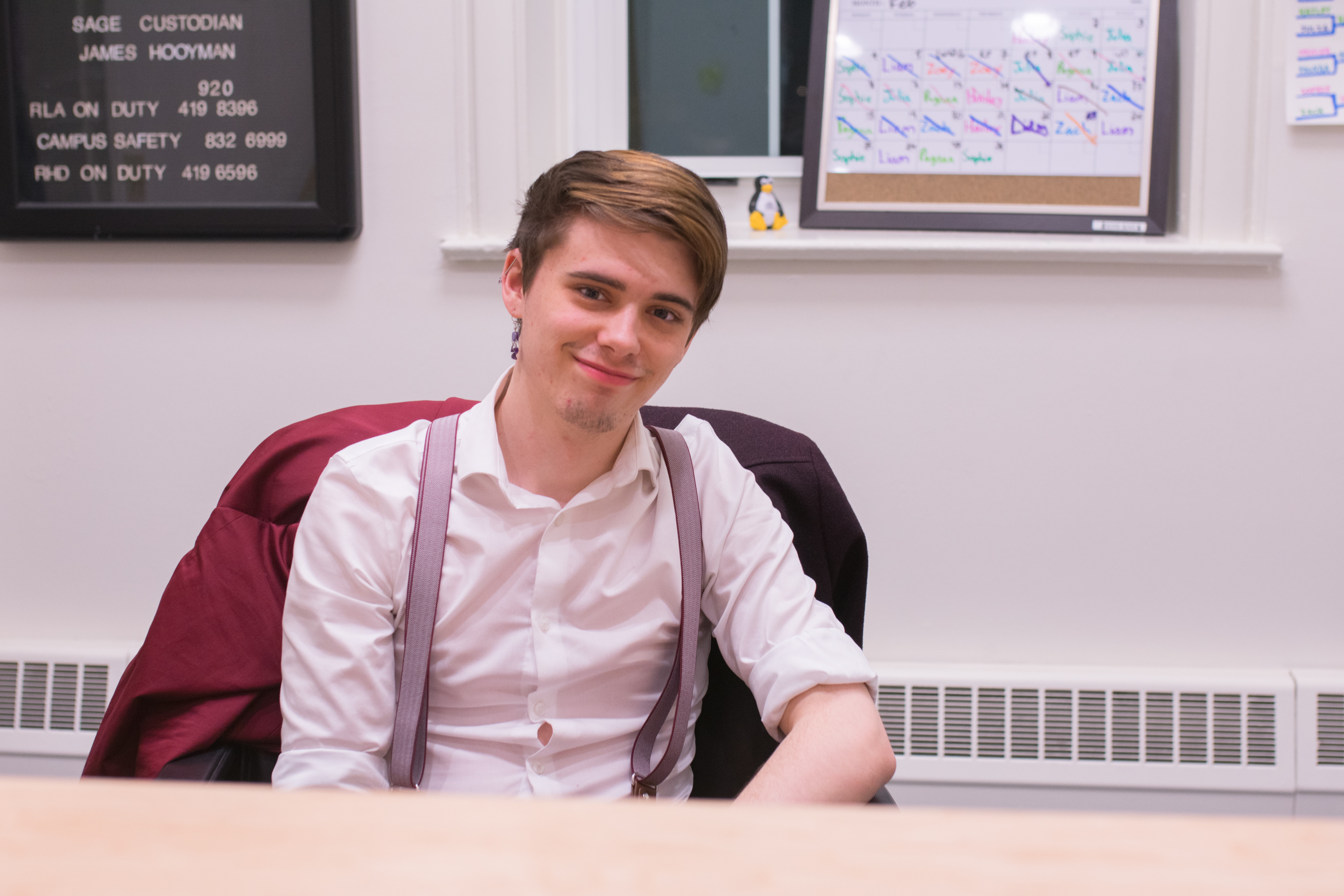 Residence Life Advisors (RLAs) are some of the first students incoming freshmen meet at Lawrence. Some of their administrative duties include sitting at the front desk, building community with residents and directing students to on campus resources. They also make bulletin boards and door decorations, plan activities and events and have open hours. The perks of being an RLA include having a single room and getting to work with people. The schedule varies hall to hall.

Head Residence Life Advisors (HRLAs) have extra administrative duties, which include mentoring new staff members in the fall term and working with the hall director. RLAs have to apply with an application and resume, have some references and have an interview with hall directors.

Senior Jaime Gensler is an HRLA for Colman and Brokaw Halls. One of his favorite parts of the job is programming, which involves community building and getting people out of their rooms to branch out and do things they would not normally do. On Halloween, he had a program where residents could make tie blankets and watch a movie.

He was an RLA sophomore year in Plantz, took a break to become a Core Leader junior year and became HRLA for Colman and Brokaw senior year. He enjoys the everyday interactions and being able to connect with and support students as best as he can. He believes it is important to know campus resources if he cannot help people directly. He works two to twelve hours per week. In addition, he is a writing tutor and content tutor for symbolic logic. Gensler believes being a good listener is the most important quality to have as an RLA.

Junior Ashlei Raifsnider is currently an RLA in Colman and was in Plantz last year. She works four to five hours per week. Her favorite part of the job is building community, meeting new people and doing creative things. For example, she knows one RLA who spent $100 on ramen for a ramen expo. Some programs she has done include making dog toys, having pancakes in the lounge, making caramel apples and showing movies.

In addition to being an RLA, Raifsnider is a teacher’s assistant at Bridge’s Child’s Center off campus, a student worker at the library circulation desk, a Volunteers in Tutoring at Lawrence (VITAL) Tutor and a Lawrence Assistance Reaching Youth (LARY) Buddy. She is president of Globe-Med and a member of Food Recovery and the Student Organization for University Programming (SOUP). She would recommend this job especially to homebodies because they can learn to socialize with people and gain skills along the way, such as working as a team with your co-RLA. Raifsnider believes being an RLA is a very fun job and something she feels strongly about. If students enjoy going to programs and feel they have ideas for programs and engaging the halls in activities, the job is a good fit for them.

Junior Grace Kruger is an RLA in Ormsby. She has been an RLA since fall term of 2018 and wishes to continue being an RLA the rest of her time at Lawrence. Kruger’s favorite part of the job is being able to connect with and help people. In addition to being an RLA, Kruger is a student worker at the library circulation desk, participates in Lawrence Inclusive Theatre, Melee Dance Troupe and was a Trivia Master.

Some programs she has lead include “Mugs and Hugs,” where residents decorated ceramic mugs, make-your-own face scrub, a gum ball eating contest and teaching people on her floor to knit and crochet. She believes someone who wants to do this job should be outgoing, a good listener, able to talk to people and creative. Kruger is on duty once a week, has open door hours and attends weekly staff meetings to discuss things going on in the hall. She thinks the job is a good opportunity if it is something students are willing to work at.

Next year, the position will be renamed Community Advisors (CA). Gensler, Raifsnider and Kruger are excited about the new position, because it will have student workers engage with 20 students on a more personal level. The pay and hours are almost doubled, and the position has a bigger focus on sub-communities. Gensler recommends the CA position to everyone because it is nice to help people out, and being paid to hang out with people rather than sitting at a desk is a bonus.