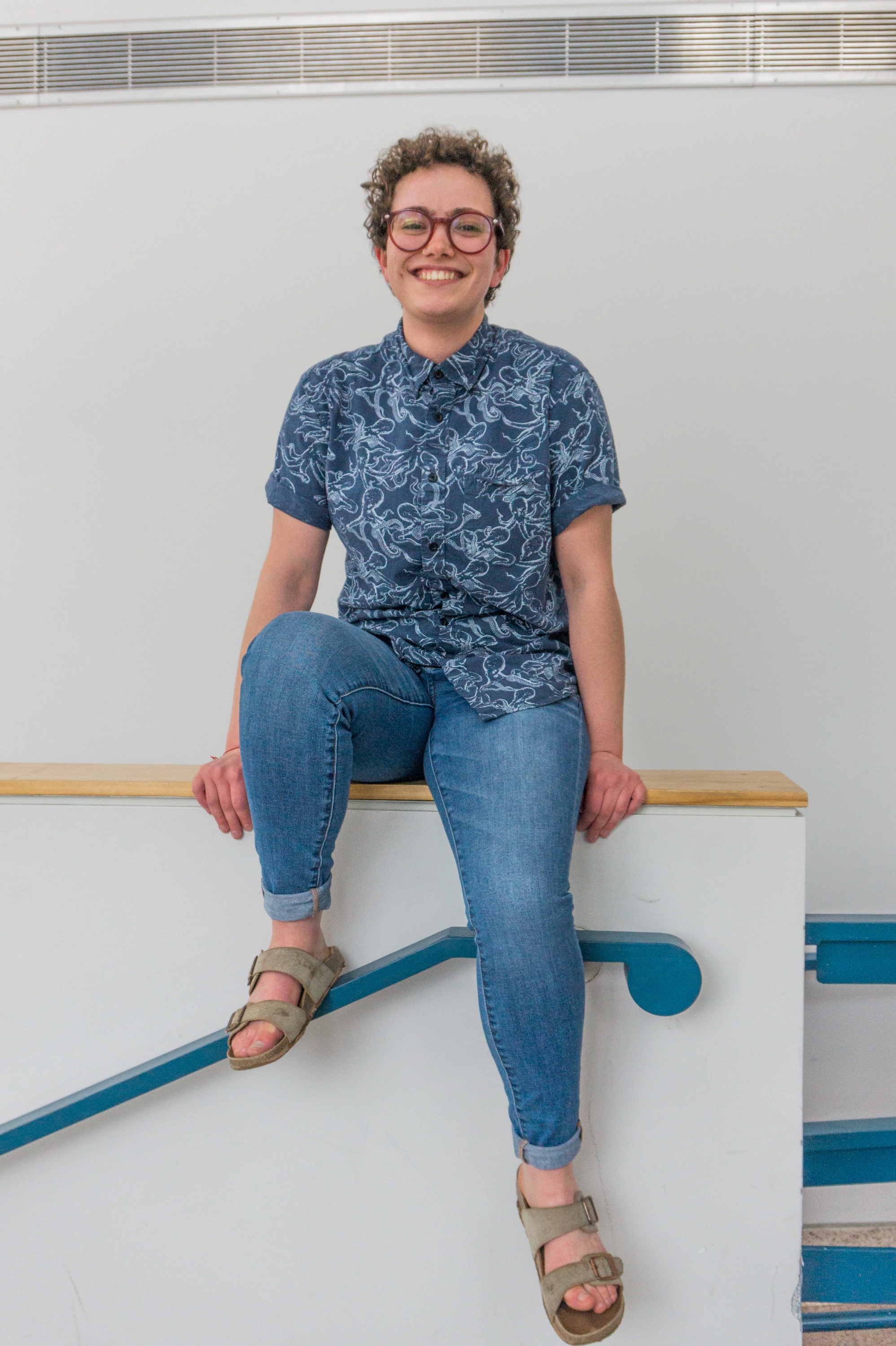 “That was the moment I just knew,” Werger said, “that was exactly what I had to be doing. […] This was also the first time I looked on stage and saw people who looked like me,” she mused, noting “their fashion, hairstyles, and piercings. It was all way more ‘me’ than the standard classical musicians in a ball gown and tux.”

Werger has always felt drawn to music. Her parents started her on piano at age four. She remembers deciding at eight years old that classical piano was something she wanted to do professionally and she has never looked back since.

“I love this. It’s my favorite thing, and it’s just so important to me,” said Werger, describing her relationship with the piano. “Even when I’m having a tough time, there’s this inexplicable drive that’s always there. I don’t understand it, but it’s pushing me toward something important.”

Unlike many pianists, Werger was not drawn to the “pristine and beautifully perfect” sound that many classical musicians strive for. Instead, she felt drawn to Russian music, especially from the Soviet era, for its big and bombastic qualities.

“The mind-body-instrument connection is really important to me. I like pieces with a groove that are a physical workout to play. I want to beat the piano and be loud and passionate. I don’t want to have to worry about perfectly crafting minute details like in Mozart or Schubert.”

Driven by her unconventional taste, Werger strives to find music outside of the canon, especially in regard to increasing diversity in repertoire. This past winter, she received senior experience funding to go to Austria and interview her favorite composer Nancy Van de Vate. Werger initially wanted to talk about the canon because of its heavy influence on her music and her struggles as a female composer. Van de Vate was uninterested in questions about the canon.

“My interview with Van de Vate showed me […] the canon itself isn’t the sole reason for the lack of […] diversity, but rather our relationship to [the canon]. The choices we make with funding and where we spend our time are everything, and at Lawrence we have a really unique opportunity to make use of funds like senior experience to try new things.”

Werger encouraged students who are interested in new music but unsure where to start to talk to people who love contemporary or new music like she does. She stressed that the first step can be realizing where you might have gaps in your knowledge—like asking yourself if you know more than one female composer or composer of color. She suggested taking time to listen to music outside the canon with the goal of engaging communities to talk about this music along with playing and performing this repertoire.

Last summer, things came full circle for Werger when she was able to spend two weeks in California at the Eighth Blackbird Creative Lab. While in California, she was able to attend workshops and lectures with composers such as Jennifer Higdon and Nico Muhly. Every student was split into ensembles where they received intensive coaching from members of Eighth Blackbird.

Werger is still in contact with many of the festival participants and cites Lisa Kaplan, the pianist for Eighth Blackbird, as one of her greatest mentors. This past spring break, Werger went to Chicago and performed with past fellows in concert and on the radio.

“It was the most meaningful musical experience of my life,” said Werger.

You can catch her this weekend presenting her senior experience lecture-recital on Sunday, Apr. 28, at 3 p.m. in Harper Hall.