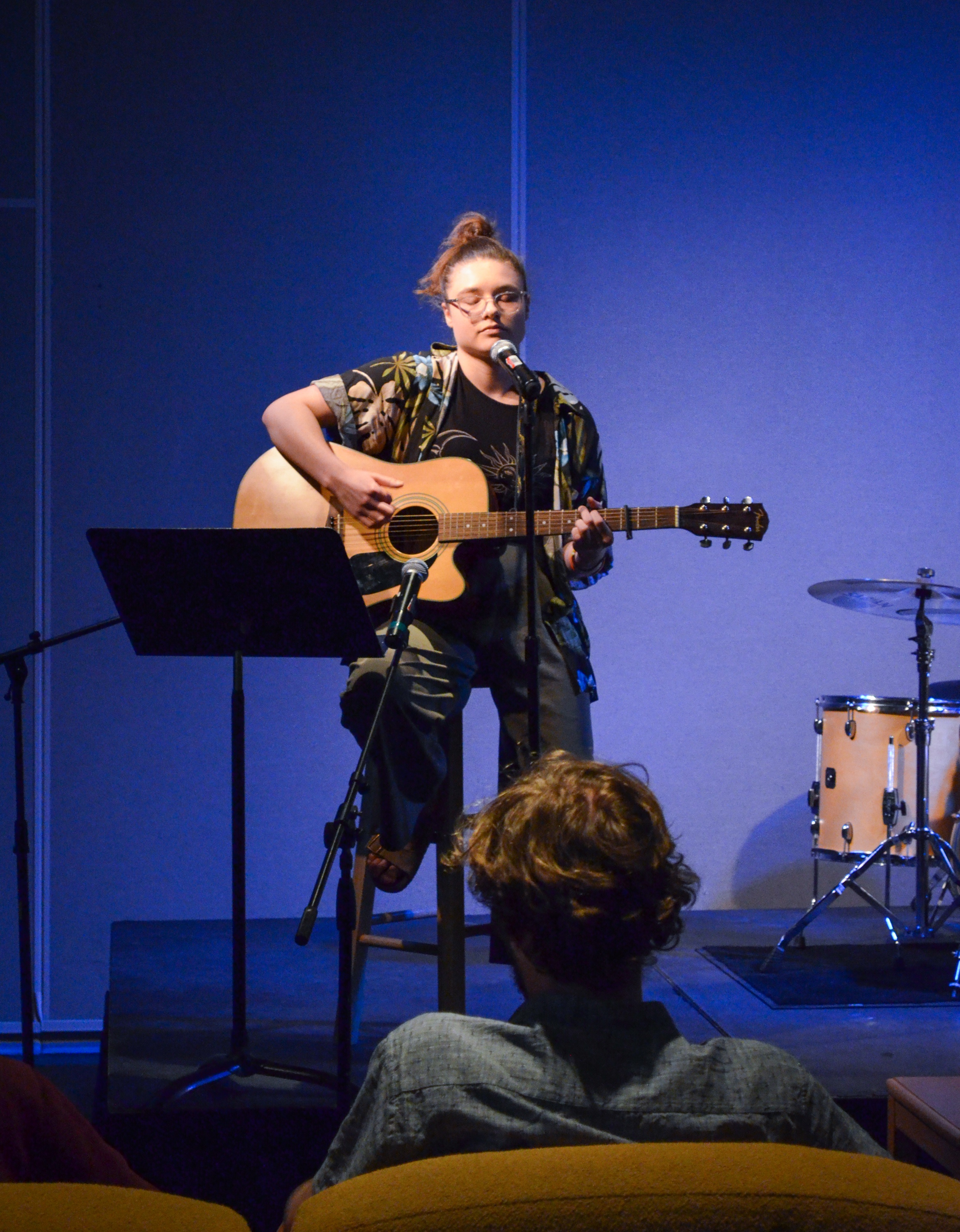 Saturday night, Student Organized University Programming (SOUP) hosted their second LU Live event of the year. LU Live: Legalize Live Music is a part of SOUP’s effort to elect a student performer for LU Zoo Day, coming up May 18. Zoo Day began as a carnival event hosted by Ormsby Hall, but in recent years, it has been hosted by SOUP and the Events Planning and Organizing Committee (EPOC) for the whole campus. The election for this year’s student performer was hosted on the SOUP Facebook page and ended Sunday night. Junior Daniel Green, acting as emcee for the evening, explained the voting process and promoted SOUP and Zoo Days to the audience: “If you play at Zoo Days, you get paid! So, support your friends!” he urged.

Popular Lawrence party band Extra Pulp performed first. A talented group of skilled collaborators, Extra Pulp once again brought juice and flavor to their performance. Finishing their set with a song called “Soup,” they thanked Dan and the SOUP committee for putting on the event and supporting student music.

Junior Caro Granner followed, joking that on such a beautiful day she decided to share some “songs about depression.” She shared a story of telling her mom she wanted to perform the Taylor Swift song “Love Story,” to which her mom protested “it’s such a sad song!” “I said, no Mom, it’s a hopeful song!” recounted Granner, “And she said, ‘not when you sing it.’” Granner performed three original songs, referencing her sorrowful style in the lyrics “if I didn’t write so many sad songs/ maybe I’d forget her.” Despite the solemn beat, Granner’s performance was also uplifting and joyful, as she shared her joy of performing and music with the audience.

Green introduced the next performer as a “big personality on campus, you probably know him, probably as Frog.” Wasonu Allen, who performed as BravePrince, opened his set with a song about fatherhood that he described as “not personal about me, but about an issue that happens a lot in the African American community. I’m familiar with it.” Green also collaborated with Allen for his performance, who backed him up on the drums. “Show Daniel some more love,” Allen coaxed the audience, “and this is all on the spot! I did not write this with him.” Their partnership was fluid and dynamic, as the two communicated through eye contact and hand gestures. Allen introduced his last song as his “favorite lil’ jig,” which clearly already had some fans in the audience who grooved and joined him throughout the performance.

Freshman George Medina performed later in the evening under his performance name Kid Med. Medina’s songs showcased not only his rapping prowess, but also his gorgeous singing voice. Not shy to engage in potty humor, as shown in lyrics like “you stink as a girlfriend/ baby you just a fart,” he was a fun and engaging performer. At the end of his set, when his phone died and the backing track cut out, Green jumped up onto the stage to back him up with another drum track.

Zoo Days would be lucky to have any of these talented Lawrentians on their stage, and hopefully they will all be coming to a stage near you very soon!