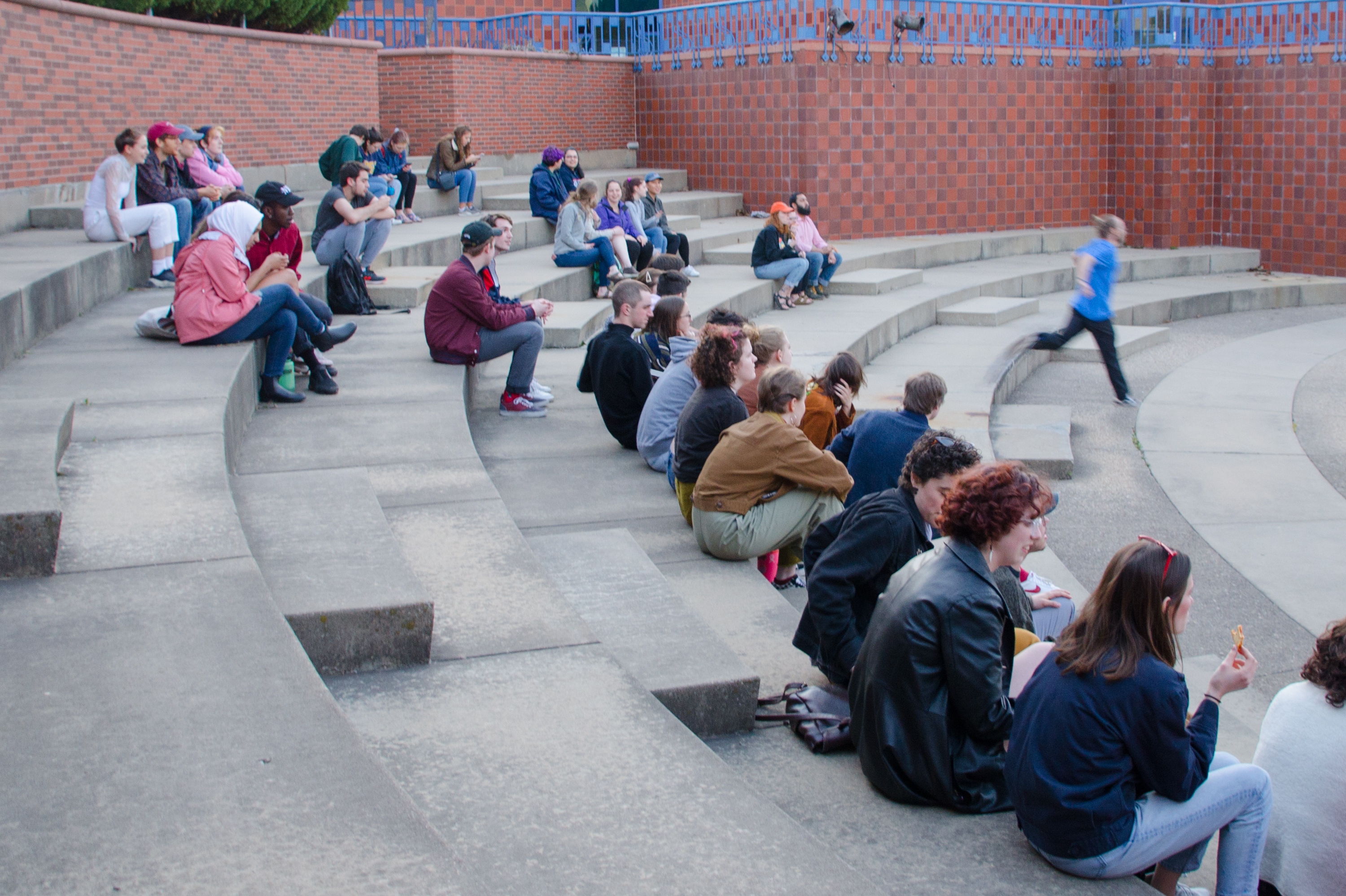 On Friday, Apr. 26, Lawrence’s Band Booking Committee (BBC) held a pizza party to announce the performers at LUaroo 2019. This year’s event will feature 12 guest bands as well as 12 on-campus bands.

The off-campus bands that will be performing this year will be:

Ohmme is a rock-duo from Chicago made up of Sima Cunningham and Macie Stewart. Their work spans the genres of hard rock, folk, jazz, blues and pop.

Oompa is a Boston-born poet, rapper and educator. A self-taught artist, Oompa’s high-energy hip-hop seeks to represent “the queer, black, orphaned, hood kids and them.”

Sports Boyfriend is the project of solo artist Eileen Peltier. The 24-year-old creates smooth, soft pop from her home base of Chicago.

Dehd is a Chicago-based rock trio producing reverb-heavy surf rock. The band is made up of Jason Balla, Emily Kempf and Eric McGrady.

Lala Lala is the project of Lillie West, an alternative/indie musician based out of Chicago. West’s music style can be described as “post punk with dream pop influences” and “vibrant synths.”

Four Fists is a Minneapolis hip-hop/rap duo made up of artists P.O.S and Astronautalis. Their debut album, “6666,” is energetic, frantic and feel-good.

Tobi Lou is the stage name of Chicago/Los Angeles hip-hop artist Tobi Adeyemi. Tobi Lou’s music is a smooth, upbeat blend of rapping and singing. The musician has also created a cartoon world of bright visuals to accompany his music.

Oshun is a New York hip-hop/R&B duo made up of singers Niambi Sala and Thandiwe. Their work is self-described as “the sonic manifestation of Afrofuturism.”

On-campus bands that will perform are Jamil and the Litterbox Kids, The Burstein Boys, Breakfast Cereal, Extra Pulp, Kid Med, Brave Prince, JEAYAHR, Caro Granner, Awake for Birds, The Church of Momart, Pitfall Trio, Carrot, Jose, Yolk Drop and 4 Bumblebees. LUaroo will take place on May 25 and 26 on the Quad.