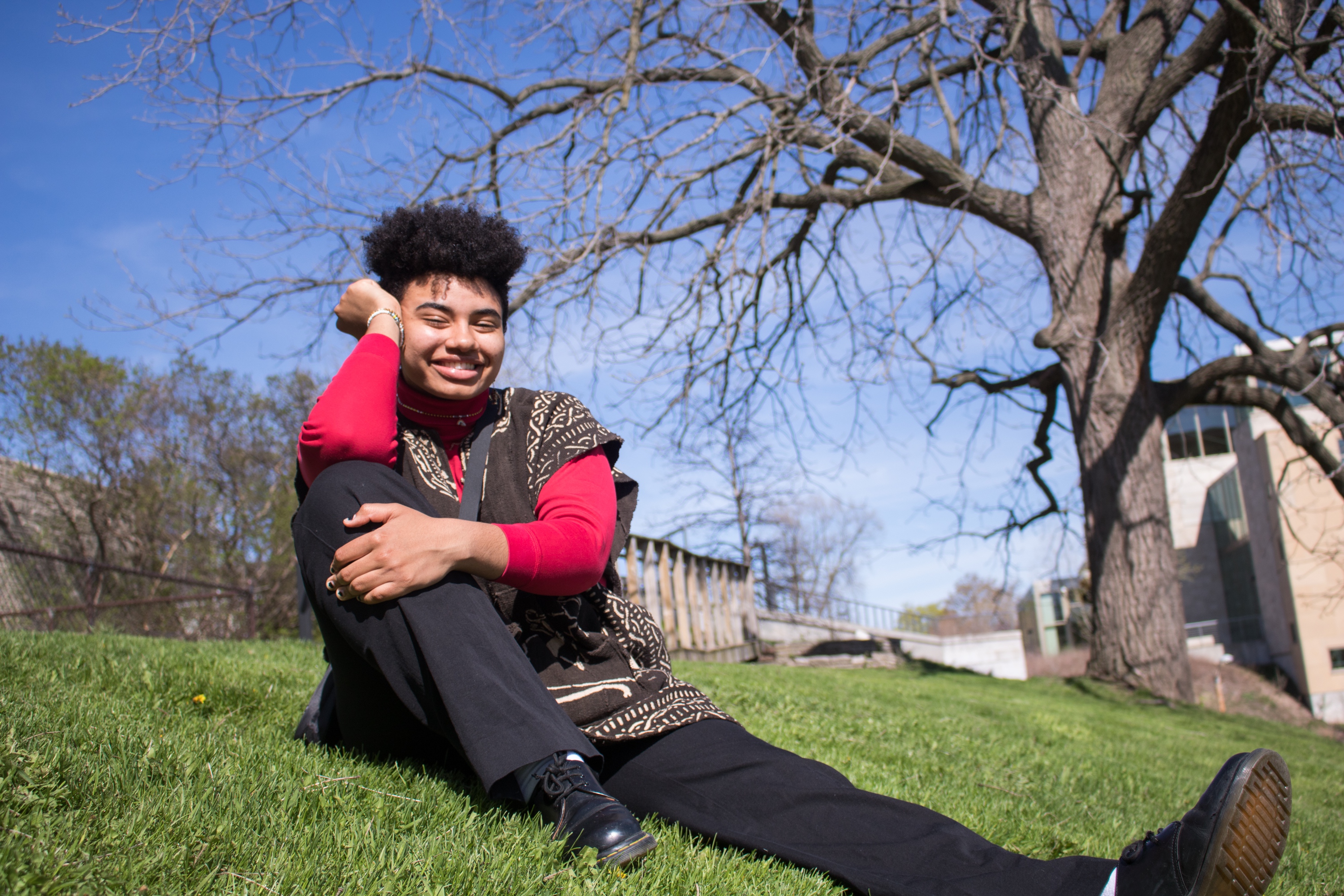 To identify as a womxn is to expect solidarity with others who identify the same way. The assumption that there is a universal womxn experience erases the nuances and variety that exist. This column seeks to address those intersections in an effort to celebrate and deconstruct the reality of womxnhood in the various ways it is expressed.

Moreau Halliburton can’t imagine being from anywhere other than Los Angeles. When I teasingly suggested that my hometown of New York City might be the better city, she insisted that it would be too fast-paced for her. Los Angeles and the distinct neighborhood and school she attended had an immense influence upon her. Halliburton knows she is a product of her environment, but also knows her identities continue to develop as she continues experiencing life. She is in a constant state of metamorphosis.

Halliburton’s neighborhood was predominately populated by other African Americans. Her school in Santa Monica, which she attended since kindergarten and graduated from last spring, was predominately white. It was only after taking an ethnic studies class that Halliburton recognized the schism and how it had affected her. Circumstances led to Halliburton having very few friends who were people of color, which she didn’t consider necessarily strange at the time. Opportunities to fully appreciate her racial background at school just didn’t come very easily for Halliburton. She recounted instances where for the first couple of years, she was known as “the Black girl with big hair.”

Despite shortcomings, Halliburton refused to even think about going to a different school. There was a palpable judgment on her face when she told me of the students who transferred out. To Halliburton, the similarities between her two communities mattered a lot more than the differences. In both her neighborhood and her school, there was space to explore. She can not recall ever feeling judged in either place.

Her mother also helped link Halliburton’s two distinct spheres of influence just by working at her school. The areas coalesced until they became synonymous with “home” because Halliburton’s mother ensured she was comfortable in both. “I would always have long talks with her about all types of things,” Halliburton explained. “She’s very empathetic. The ideal womxn I would like to be is my mother.”

Altogether, both of Halliburton’s parents taught her to always give back to her community. The running club her father founded has become central to the neighborhood community over the years; both of her parents are heavily involved in efforts to create a cooperative grocery store to contend with being in a food desert. If it were not for her parents’ work, Halliburton would not have made connections with families in Appleton that made her feel welcome once coming to Lawrence.

Halliburton at first said she didn’t spend much time in her neighborhood, but she has countless stories that prove contrary. “Back in my neighborhood [in Leimert Park], the community gets together to have poetry nights, open jams and jazz nights,” said Halliburton. “There’s always a drum circle every Saturday with so many African American musicians coming together with their melanin and just playing together!“

It is at those drum circles where Halliburton had opportunities to join in with her djembe drum, which she said always centered her in her identity as a Black womxn and a musician. Her high school friends never made an effort to see her in that element; they were always expecting her to go out of her way to visit them in the bubble that was Santa Monica. The sadness Halliburton felt then is now replaced with knowing that it was their loss. They missed out on seeing something extraordinary.

Halliburton has a self-described “triple whammy” of identities as a woman of color and member of the LGBTQ+ community, and representation for the latter is sparse. Her journey with sexuality became difficult at times when she could not relate to anyone she knew externally or in the media. “It’s definitely hard to not see yourself in the media and everything,” explained Halliburton. “Usually, lesbian movies are just about sex and not the relationship between the two womxn. There are so many movies where the heterosexual couple is romantic and [labeled ‘beautiful’], but lesbian movies tend just to target heterosexual men. That [reinforces] the idea that womxnhood is for the sexual pleasure of men.”

Since coming to Lawrence, Halliburton has recognized the change she is undergoing. She has been exposed to so many other people to whom she wouldn’t have been in the bubble that was her small private school. “It might be crazy to hear,” said Halliburton, “but there are more people of color here than at my high school, which has made me appreciate my race so much more.” There are still challenging times, but Halliburton couldn’t imagine herself attending any other school.