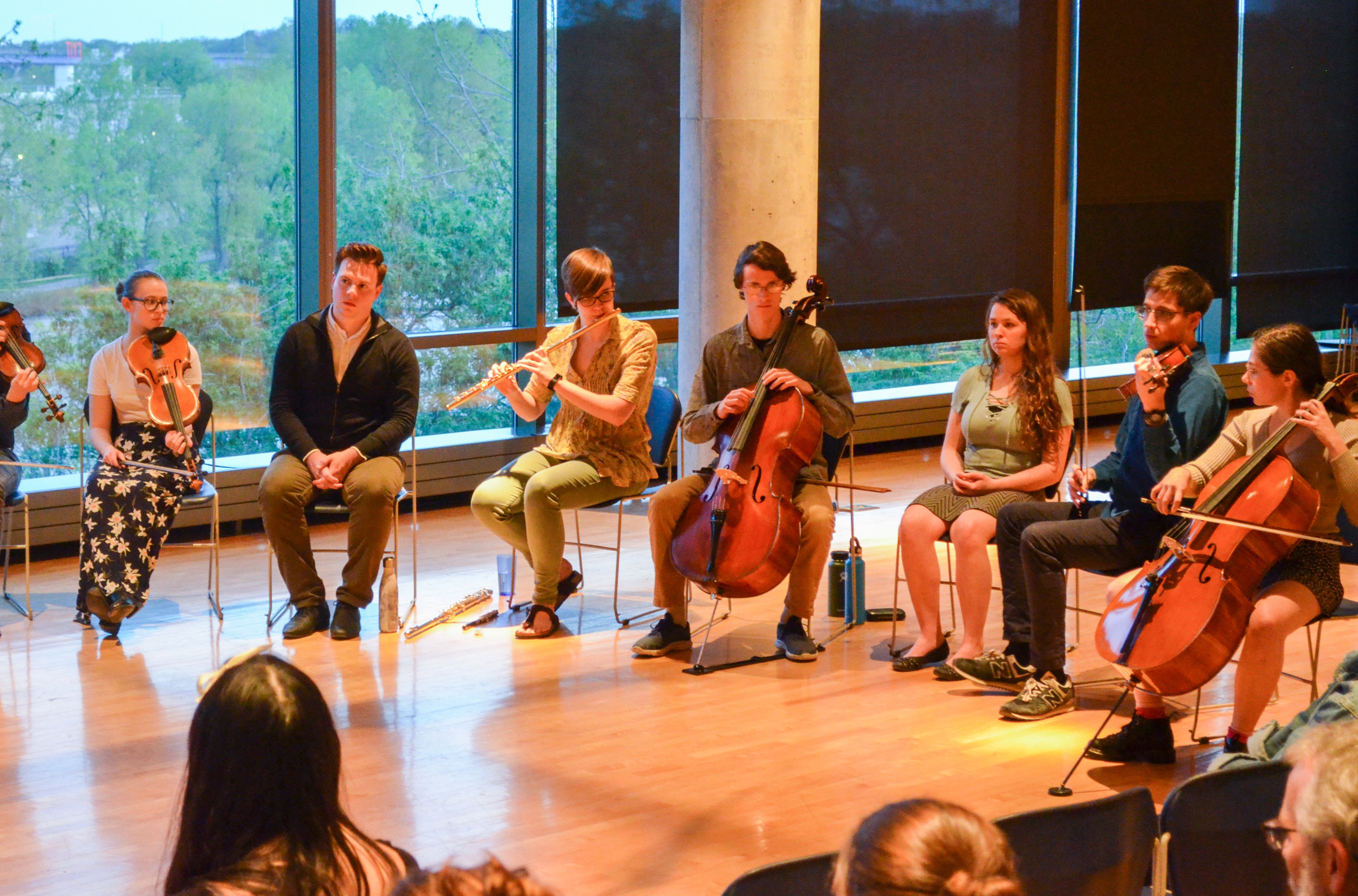 Improv Group of Lawrence University (IGLU) members in their final performance of the school year.

On Monday, May 20, in Esch Hurvis, the Improvisational Group of Lawrence University (IGLU) performed their last show of the year. Directed by Matt Turner, the group improvised a piece, and while it was not titled because it had never been done before, the show was named “Minimal Impact.” The ensemble consisted of students from all different areas of the Conservatory. There were strings, horns, vocalists and other instruments including an old radio and even a blanket. It was quite the array of musicians, but the performance was enough to prove that they all could make it work well.

The falling light in Esch Hurvis fit the mood well as the players slowly chimed in. The playing stayed suspiciously ambient until, slowly but surely, it made its way to a more purposeful sound. The flute and saxophone created a jarring tension several times throughout the movement. For a good portion of the piece there was an overall unsettling feeling which was very effective. The piece closed with a beautiful section by the cellos, viola and violins. It was a contrast to the rest of the piece and felt like a pleasant resolve. The whole performance lasted about 45 minutes.

A cool tactic used by several of the members of IGLU was their add-ons to the music outside of their instruments. Sophomore Ben Portzen used a live recording of a Christian radio show to build onto the sound being created. He would listen to what the pastor was saying, and when he heard something he liked, he would blast the radio over the whole ensemble. This technique definitely added to the eeriness of the beginning of the piece. The other part that made this performance special was that the natural sounds from Warch added to the music. For example, there were some kids yelling in the other room, and a musician took this and replicated the yelling as part of the piece. This worked surprisingly well and was entertaining to watch unfold.

After talking to a few audience members, it seemed that everyone thought this spring performance was the best of this year. The title of the show was well suited to the actual performance. Every member’s “minimal impact” added to the improvisation and developed it into a real live composition.