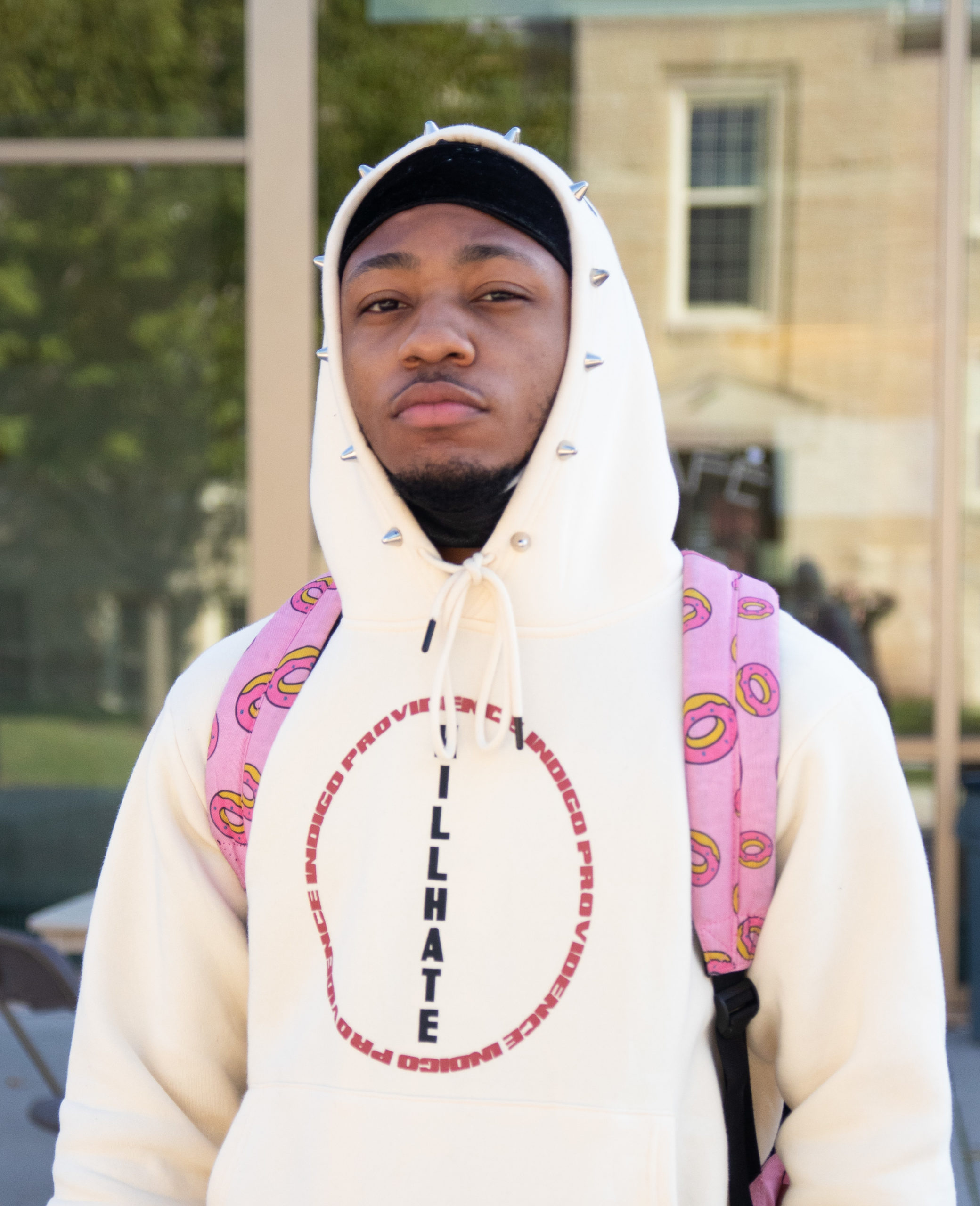 Senior Daniel Green has been pursuing his love for music since he joined Studients of Lawrence (SOL) Studio his freshman year. There, Green said, he worked to further develop his music production skills and learned to use all the different equipment.

At the end of his sophomore year, Green gained presidency over SOL Studio, yet he was not entirely sure how the organization was to be run. “I joined [Black Student Union]and [Sigma Phi Epsilon] and learned how organizations functioned,” stated Green as he discussed the learning curve involved in running an organized group on or off campus.

Along with pursuing his musical interests outside of class, Green has also worked to design a major for himself based around music production. When asked about how he was able to create a major, Green almost shrugged the question off as he listed what seemed to be a challenging class load to any outsider.

If designing his own major and running a club on campus was not enough, Green has also actively been attempting to produce an album since his sophomore year. Green was adamant about his growth from his prior failures. He said one of his motives for this album was, “because I know I can.” Another motive Green cited for his album was to empower his friends and listeners.

Though the album is still in the works, Green revealed that it is based around his life. It is more or less a story of where he has been and where he hopes to go. To some, this may seem like a more serious album, but Green assures it will be “all while having fun.”

An interesting detail Green revealed about his album was what he was attempting to express: something beneath the surface level of the story of his life. Green was very clear that his album is about expressing how different forms of music and different sounds make him feel, more specifically how they make him feel human.

Green cited dance, sound and message as some of the things in music that remind him he is human. He has worked hard to make sure listeners are reminded of their humanity in that respect as well. Music can be an extremely individual experience, but Green seems to be pushing the envelope and asking not for a singular experience but rather a collective one.

Green listed a number of themes for his album, but two stood out in a rather cohesive way: “Nothing is real, but everything you make real will be so,” said Green.

Though the album has not been released yet, it seems as though Green is able to not take himself too seriously while also digging deep into his psyche for inspiration.