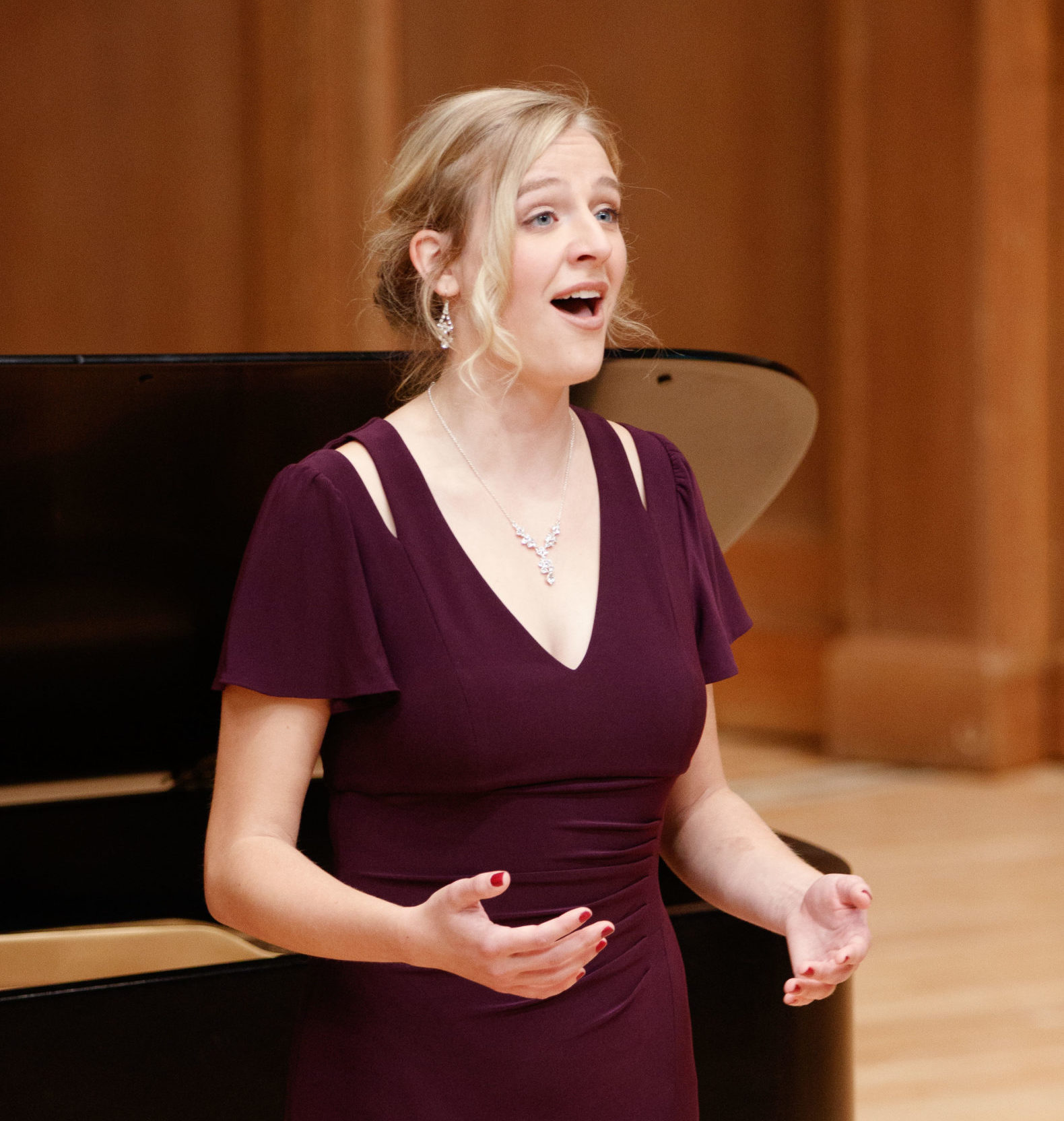 This past Saturday, Oct. 10, senior Samantha Gibson performed a repertoire of songs for her student recital. Though the performance space was empty, Gibson’s voice filled the stage and the ears of the limited number of attendees.

Her first three songs exemplified her voice and showed that, from head to toe, she is truly a soprano. Her high voice, wielded with near unbelievable control, proved to be not only extremely entertaining but also beautiful and joyful.

The first three songs sung were all by Richard Strauss, a German composer, and as Gibson puts it, “embodies what it feels like to be in love.” The joyous high notes stacked one on top of another provide an idealistic, yet still realistic, representation of what it means to be in love.

Gibson’s voice could not have been better suited for these songs and the role that goes along with them. The beautiful high notes seem effortlessly natural, as she sang them with what seemed to be next to no strain on herself at all. However, to sing in this way surely takes years of hard work and practice.

The next three pieces Gibson introduced revolved around the opposite idea of the first three: of losing a deep and profound love. Again, her voice morphed to the message of the song, as you could hear the pain and strain reflected in her voice as she sang.

The content of these songs requires so much emotional depth to sing properly, and Gibson did an incredible job of not only filling her voice with the pain of lost love but also showing this same pain on her face, allowing the audience to hear and see that the songs were not like the joyous affair of the previous ones.

Overall, Gibson’s performance seemed to be the culmination of hours of hard work and it is a shame that the given the circumstances did not allow as many people to experience the crescendo of her hard work in person.

Even given the circumstances, Gibson did not hold back at all. She still sang with her whole heart and put on an energetic and beautiful show for all those watching, whether over livestream or in person.

The final song of Gibson’s performance could not have summed it up better. There were many moments of hope mixed into her final song, accompanying the beautiful notes and lyrics. Her last song did a great job finishing and summarizing her performance, both in her singing style and the themes of the works she performed.

Though the performance was this past Saturday, it was livestreamed and recorded. It is now available online on the Lawrence website and is the perfect half hour of music for anyone looking for a moment of beauty and hope in the grim and uncertain times of today.