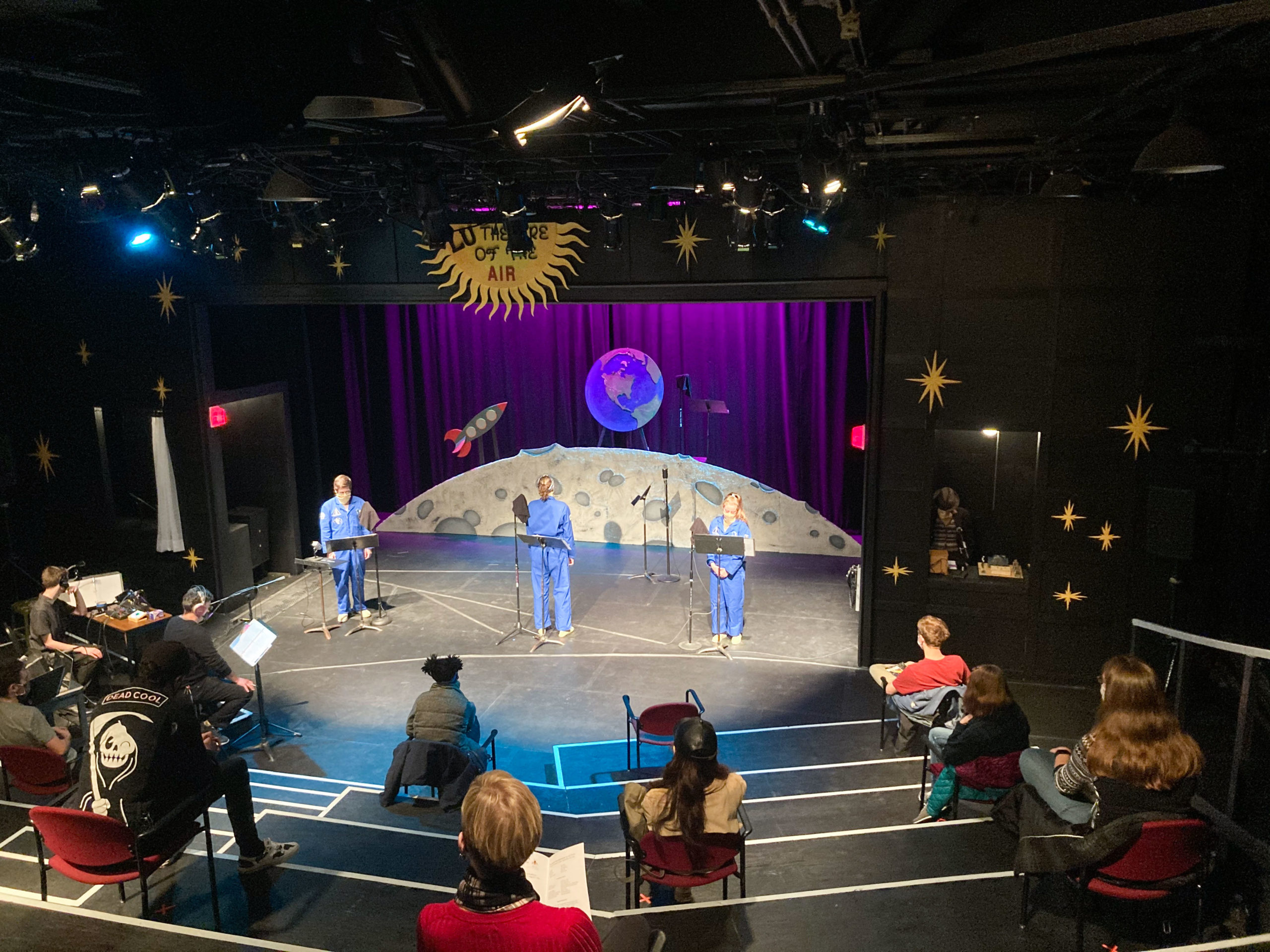 The fall show for the Lawrence University Department of Theatre Arts was supposed to be a musical — a big production with lots going on, including lots of actors and lots of close contact. What it ended up being was much more quaint. The production was held in the Cloak Theater, a black-box theatre, rather than Stansbury Theater, where many of the larger-scale productions are held. It is a testament to the talents of the department that they were able to bring live theatre in a way that was engaging and interesting even when the audience was limited to 15 members for each show.

From Thursday, Oct. 22 to Saturday, Oct. 24, the theatre department put on three radio dramas. On each night, two of the three pieces were performed. The first, “The Veldt,” was originally a short story written by Ray Bradbury in 1950 and adapted to the radio in 1955. The second, “Nightfall,” was adapted from Isaac Asimov and ran on the radio starting in 1951. The third, “Rocket from Manhattan” by Arch Oboler, was aired in 1945 with a plot set 55 years into the future. Each selection was chosen to be relevant in some way to the circumstances in which we are living now, involving overuse of technology, times of crisis and the threat of destruction on earth. Only two of the dramas were performed at a time, with each piece running about 30 minutes with a 15-minute break between the two to air out the theatre.

In the theatre itself, each of the actors stood on the stage in position, all dressed in costumes but not interacting with each other directly. Their mics stood next to their stands, and they read their scripts off at the cue of the director, J. Thomas and Julie E. Hurvis Professor of Theatre and Drama and Professor of Theatre Arts Timothy Troy. The set was designed by senior Oscar Brautigam for his Senior Experience in theatre arts to emphasize the themes and settings in which the stories resided. Behind the actors was a large three-dimensional cutout of the moon, and around them were various other wooden set pieces that were changed at each show break, including a city skyline, a pack of lions and a rocketship pointed towards a globe rigged with lights. The stage itself was set up almost like a radio station, with “On Air” lights on either side and a large sign hanging at center stage that proclaimed the audience’s presence at “LU Theatre of the Air.” Because these original pieces were designed to be heard and not seen, there was a great emphasis on audio cues. On either side of the stage, there were a few people in charge of operating the noises of curtains moving, door slamming and feet walking — among other things — that occurred within the narratives. The music cues were also run from a table at the front of the audience. It was a unique experience to be able to see that aspect of tech theatre in front of the curtain rather than behind.

For those who did not see the shows, in a few weeks the audio from each will be edited and available to listen to through the Lawrence website, giving it the same sort of feeling that original audiences must have felt when having a story told to them through their own radios.