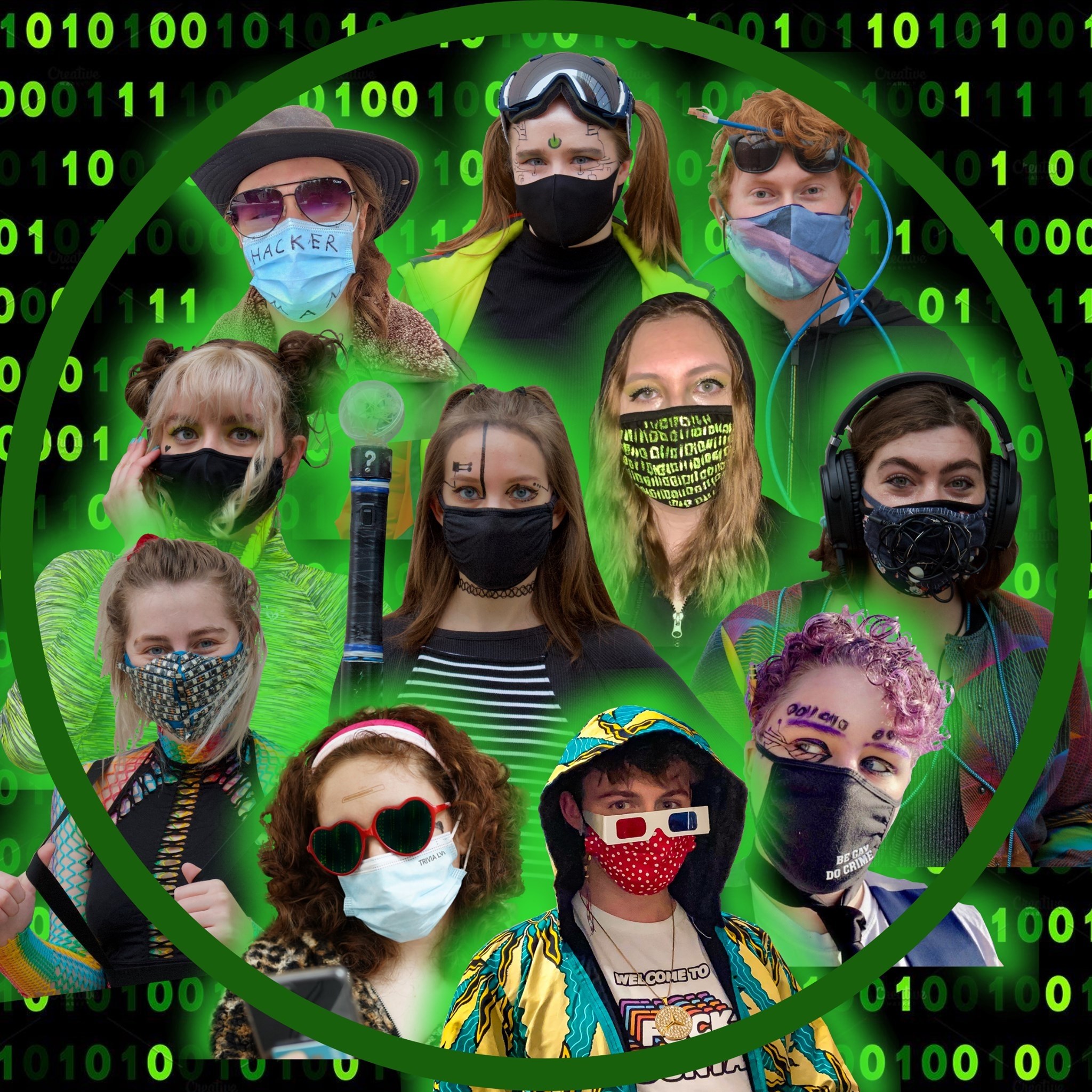 You have probably seen posters around campus advertising something called “The Great Midwest Trivia Contest,” and, since no one sees each other anymore and word of mouth is basically impossible nowadays, you are probably, like, what is that? I am here to explain.

The Great Midwest Trivia Contest is the longest running trivia contest in the midwest and is broadcast for 50 hours straight during the last weekend in January. It is run by a collection of Lawrence students called Trivia Masters who write the questions and host the contest, rotating who is on air every hour. Normally, the contest is run out of Lawrence’s radio station, WLFM, but, because of the pandemic, we are going virtual baby! The Contest will stream on Twitch and, instead of calling in answers on the phone, we have both a Google form for answer submissions and a virtual phone answering system in our discord server. Discord is a social media platform where you can communicate via text, voice calls and video — perfect for socially-distanced Trivia. Especially this year, Trivia is a great way to bond with your fellow Lawrence students both on and off campus!

Trivia does not consist of normal trivia; instead of asking general knowledge questions, the Contest specializes in what I call “internet scavenger hunt questions.” For example:

“A mayor of a city where farting in a church is a misdemeanor ran for the democratic presidential nomination in 2020. According to an article on Mashable that discusses his taste in music, what does he want you to know?”

During the contest, a question is announced, and teams have three minutes to scour the internet, using the clues in the question to find the answer. Let us take my example, I would start by Googling something like “farting in church misdemeanor” and figure out it is New York City. But two New York City mayors ran for the Democratic nomination in 2020? Let us try looking up mashable articles on both, one team member searches for articles about Michael Bloomberg and another for Bill DeBlasio, then there it is, an article on DeBlasio’s love of Ska music, and the first sentence of the article says, “Presidential candidate and New York City Mayor Bill de Blasio wants you to know that he’s a very cool dude.” You have your answer, what now? Hop into the trivia discord server, get in the phone answering waiting room, and a Trivia Master will be there to take your answer. After time is called and all answer submissions are accounted for, the teamsthat got it correct will be announced on air, if you hear your team called, add five points to your score! Some hours of the contest will be themed, so, look out for periods of time with only questions that mention rats or a full hour where we pretend to be Pirates.

But that is not all that happens during the contest! Every couple of hours, an “action question” is announced, which is normally a sort of creative prompt that you have at least an hour to complete. Past action questions have been: make a PowerPoint introducing your team, cover the song “Africa” by Toto, create Shrek’s swamp and give us a tour! These questions are special because they can be awarded any number of points, and the more the Trivia Masters like the job you did, the more points you can get. When it comes to action questions, creativity, thoughtfulness and humor go a long way.

Then, finally, the last three questions of the Contest are called Garudas and are nearly impossible to answer, so, you are allowed at least 10 minutes and up to half an hour to answer them. They are also worth a massive number of points, so, in the rare chance a team gets one, it can boost them to win the whole shebang.

Sounds like fun right? It is! So, now that you know how it works, how do you start a team? Normally, teams would congregate in common spaces and play from there, but, of course, this year is different. The easiest way is to recruit a group of friends, maybe others in your group housing or on your floor, and plan to play together. But, if you are interested and do not have a team, go to the trivia discord and post in #find-a-team! Someone will be happy to adopt you.

Bam, you have people! Now, it is the evening of the contest, Friday, Jan. 29. Designate someone from your team to show up in the Trivia discord phone waiting room between 8 p.m. and 10 p.m. to register your team. Remember to have a team name — it can be as long and wacky as you desire. A Trivia Master will give you a team number and designate you as an on- or off-campus team depending on if your team is majority students or not. You can also register past 10 p.m. — just show up in the “complaint line” channel, and a ™ will help you out. Once that is done, get settled, grab snacks and wait for the contest to begin on at 10:00:37 p.m.

Now, some important things to remember, first, the Trivia credo: “Trivia is meant to be entertainment and should be perceived solely in that light.” We take this seriously. While Trivia may be on paper a competition, it is also a celebration, and if you are not having fun or are getting stressed out, take a step back. In that same vein, the contest runs for 50 hours, but we do not expect you to. You can play as much or as little as you want. Hardcore players will sometimes sleep in shifts to cover all hours of the weekend, but many just drop in and out at their own leisure, playing in-between doing homework and other activities.

I would suggest starting your Trivia journey by setting up a discord account and joining the Trivia server. See if you can gather friends for a team and, if not, pipe up in the #find-a-team channel. I know that Hobgoblin and Gaming House are already recruiting in there.

Trivia is a time honored Lawrence tradition and has been the highlight of my Winter Term for three years now. Our Head Trivia Master Grace, the other TMs and I have worked our butts off to make this year’s contest still happen in the midst of a global pandemic. We hope it can be a source of fun and distraction during these cold and dark times.