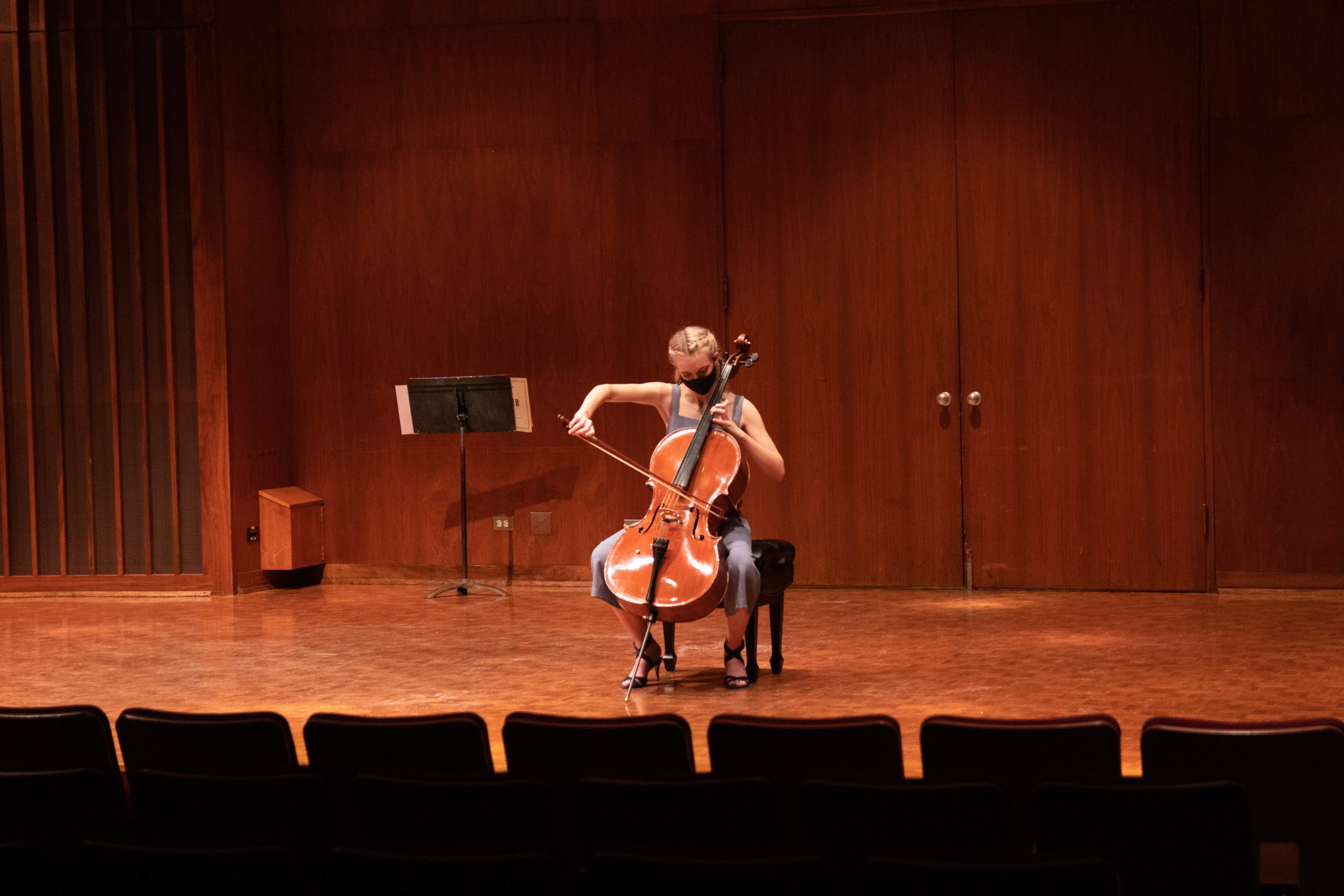 This past Sunday, Feb. 21, junior Zofia Sabee performed her student recital for cello. Though the in-person seating was limited, Sabee’s recital was broadcasted and recorded on the Lawrence Vimeo page and can be found there for anyone who missed it. Sabee performed two pieces for her recital. Her first piece was “Sonata for Solo Cello” by George Crumb, and her second piece was “Suite No. 6 in D Major” by Johann Sebastian Bach.

Sabee’s performance of “Sonata for Solo Cello” was absolutely sincere and contained distinctly different movements throughout the piece. It began with slow, meticulous bowing across the cello, opening the recital on a calm and relaxing note. From there, it switched to a sound dominated by the plucking of cello strings, a more irregular beat rather than the smooth one that came before it. The plucking, like the opening of the song, began slow but ultimately built up in pace. This caused a great tension in the performance and provided a gateway into the final movement of the first piece. The final phase Sabee performed focused again on the bowing across the cello strings, but this time, the notes were played much faster. The ending of the song was extremely technical, which not only showcased Sabee’s talent but, also, the amount of practice she had put into the piece. What stood out about Sabee’s performance of “Sonata for Solo Cello” was her tactful pacing. There was no rushing in the slow parts of the piece, which allowed each part of the song to take on its own meaning and sound. While the performance had clearly definable parts, it flowed together seamlessly to create a greater harmony for the work as a whole.

The second and final piece, “Suite No. 6 in D Major,” was just as technical as the first Sabee had chosen. The opening of the song contrasted short bows across the higher strings with longer and lower bows across the rest of the instrument. The performance slowed down and sped up at multiple points in the piece, but each change of pace was calculated to emphasize either the notes played at the time or those to come. This piece also contained quick, stark shifts in the pitch of notes. Instead of building up to certain notes, it jumped from the top of the scale to the bottom and then right back up again. Overall, this piece flowed very well. Each note transitioned seamlessly into the next, with absolutely no hesitance on Sabee’s part. She was extremely well-practiced, and performance seemed very natural for her as a musician.

At times, Sabee’s performance was technical, but she did not let that take away any of the beauty in the music. Her student recital was masterfully performed and acted not only as a testament to her abilities as a musician but, also, her diligence in practice and attention to detail. Each note she played was calculated and led to a well-paced performance, making it an absolute pleasure to listen to.