So What, What Does It Mean To Be You? A Look Into Maggie Bice 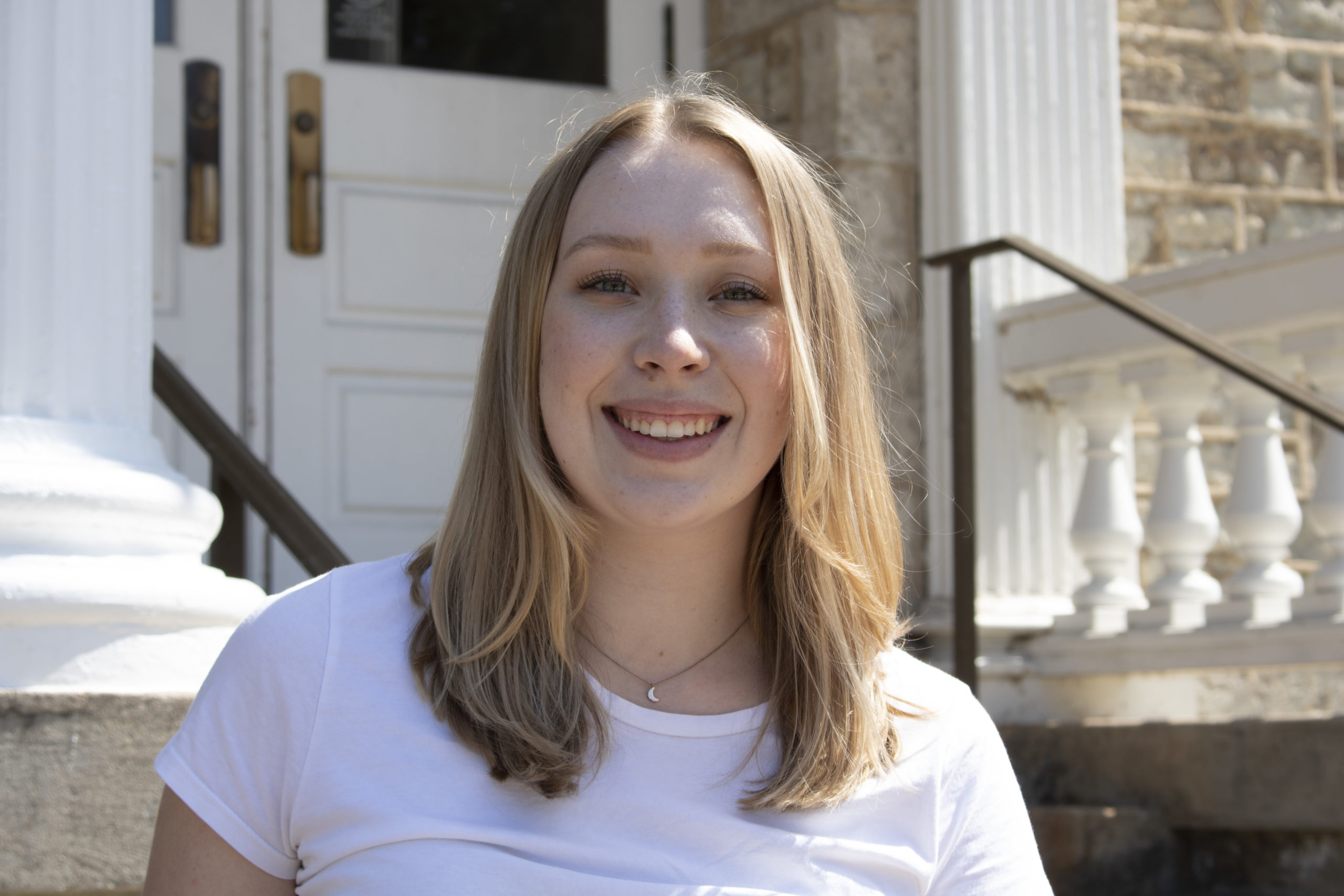 “Maybe I’m searching for something no one ever feels confident in,” Maggie Bice explained as she contemplated what motivates her to continue working on her passions, schoolwork and plans for life after college. Maggie Bice is a junior here at Lawrence University, pursuing a degree in government as she spends her downtime singing and playing the double bass. Bice is a driven student with a passion to evoke change in the world. While here, she has discovered how to manage day-to-day life to best suit her needs, from managing her sleep schedule to finding activities that push her to engage with the community outside of her dorm. She found herself drawn to this campus and community because the university’s philosophy recognizes students as people rather than numbers––and Bice is certainly anything but a number. Bice keeps up with a typical college student’s lifestyle, but she also participates in health and policy activism. She is an active member in groups that connect her with other pre-law students such as the college’s Pre-Law Society and Lawrentians Inspiring Global Health Together (LIGHT). The Pre-Law Society helps students pursuing law connect and share their resources while helping them prepare for LSATs and post-Lawrence applications. LIGHT is an organization that focuses on understanding global health issues while inspiring the community to learn more about these issues. There is without a doubt a clear path ahead in equity and justice for Bice.

As a first-generation college student, Bice was at first daunted by the task of seeking higher education. “Neither of my parents or grandparents went to high[er] education, so it felt very daunting,” Bice said, adding that she has had a strong foundation of support from her parents. She noted that she had “grown up in an environment that foster[s] a [college] degree,” but still found higher education life rather intimidating as she adjusted to the college climate. However, the challenges of acclimating to her new environment did not stop her as she soon realized that the choices she made did not have to feel so dire and intense, although“[s]eemingly daunting paths fit either a one way or a highway type of deal.” Bice explained that she had to choose action rather than wait for someone else to act first. For her, a key to making choices resides in knowing that, instead of lingering on her choices, she could just act upon one instead. With this new understanding, Bice participated in college events and clubs which allowed her to better adjust to her new environment. Such an ideology taught her how easy it is to fall into groups where you become a bystander in your own life, waiting for others to act first. Since her sophomore year, Bice has started to attend more events and join organizations simply because she wanted to rather than waiting for others to lead her. To stay motivated in engaging in the Lawrence community, Bice has had to push past boundaries, including the limited social opportunities during COVID-19, which made her realize how easy it is to remain indoors, doing only homework. These restrictions challenged her to find ways to engage with others and the organizations she was invested in. Bice learned that her self-fulfillment is motivated by a sociological and political engagement which she now identifies as a major part of who she is.

Bice has a strong desire for social and political change. Her drive to pursue government arose upon seeing the 2016 presidential election results, as she felt that former President Donald Trump did not support the beliefs and motivations important to her. She recalled feeling a sense of dread and shock, unsure of how to respond to the situation. Bice said she had never experienced anything like that before, but she did not let these feelings go unexplored. Instead, she invested her time and energy to challenge the systems of inequality around her, and turned her attention to POC communities suffering from a lack of access to resources and equity. From participating in the Pre-Law Society to taking courses centered around talking about inequality and access, Bice has equipped herself to make change happen. Bice’s fears transformed into a passion for fighting injustice and inequality against vulnerable communities and individuals. Bice wants to answer her calling to justice.

With her love for learning, Bice can attain her goals. With the ability to take classes that she enjoys at Lawrence, Bice has been able to find a passion for learning––something, she explained, she had never found previously. Her love for learning has been nurtured by Lawrence’s faculty, and Bice explained how her professors have given her strong feelings of visibility as a scholar through her work and engagement with their courses. “It’s nice to know someone cares about you, not for your work but with where you are [in life],” Bice elaborated. The attention she has received from her mentors has empowered Bice to create change in her future as both an aspiring law student and as a Lawrentian.

Like fear, labels don’t narrate Bice’s capabilities either. She has had to challenge the political opinions of her small hometown and the negative connotations around her first-generation college student identity. Most importantly, though, Bice has challenges herself to do what intimidates her and seek self-fulfillment. Bice’s self-concept is fueled by an acknowledgment that her time is worth a lot. She wants to be a part of the action in a world bigger than her and help to make unjust political systems become more equitable. Bice prioritizes self-fulfillment, self-investment and her ability to challenge the environments around her.

Although Bice knows which field of work she would like to go into, she doesn’t quite know what’s in store for her right after Lawrence. Perhaps it might be graduate school, maybe not. Not having made this decision as a junior at a liberal arts college doesn’t mean Bice has lost sight of her paths open to her. It arguably shows the opposite. Bice said, “If I follow what I want to do and if I end up at a grad school or law school, I’ll be surrounded by people who will push their thoughts, and push their brainpower, and get input from their peers.” Bice recognizes that if she does go to law school, she is excited about the academic challenge and rigor it brings and the access to other like-minded scholars like herself. Bice doesn’t like to back down from a challenge, and while she may not know what is next, she is willing to face every challenge and obstacle head-on surrounded by people like-minded in their drive.

Bice describes herself as someone who actively shapes her own path in life, breaking down the barriers of daunting labels by persisting despite them, even if the path forward is unclear. The Lawrence community has provided Bice with guidance on her path to impact through access to supportive professors, positive interactions with peers and learning about alumnae’s journeys. Bice is building the foundation to achieve her purpose of equality and change. With the pace she’s moving at, Bice is a force to be reckoned with.