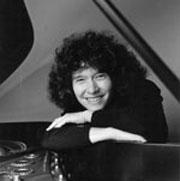 Kautsky, in addition to being a passionate music professor, is an avid reader.
Young, Rachel

Young: Tell me about how you got interested in music, and how you came to Lawrence.
Kautsky: I grew up in St. Louis, and I had a hard time deciding whether or not I was going to be a musician, so I went to Oberlin, which, like Lawrence, had a five-year program, so I didn’t have to decide right away. I ended up deciding pretty quickly [on music] and transferred away from Oberlin to New England Conservatory. Eventually, I moved to New York and went to graduate school at Juilliard and then did a doctorate also out of New York City, at Stony Brook. I spent a long time living in New York after that, doing some freelance work, accompaniment and solo stuff – typical music freelance – before I got my first teaching job. Lawrence was my first full-time teaching job. I came here in 1987. I have two kids who grew up here, but my husband teaches at UW-Madison, so we’re always commuting back and forth, and in 2002 I got offered a job there and I went. I stayed there for six years, and missed Lawrence more and more, like painfully so. I realized how much I loved working with undergrads, and I missed the intensive contact you have with students here. UW was big and more anonymous; I couldn’t adjust [to the size of Madison]. I was happy there was an opening here in 2008, and I came as soon as it was offered! I’m both old and new, since it is only my second year back, but basically the way the place works hasn’t changed. I love the contact with the students, getting to know them well, and being with them in different situations. I just got back from a Bjrklunden weekend, and you can’t replace that. I also love the interactions with the college; I get to work a lot with people in other fields. My husband and I are sharing the commute now, because we had settled in Madison when I took the UW job, so I go back to Madison some weekends and he comes here some weekends. Our kids are grown up, so it allows us flexibility. With two academics married to each other, a two-hour commute in the same state isn’t too bad!Young: Almost every music student at Lawrence has to take piano. Why is piano the instrument that all music students have to study?
Kautsky: I think because it is the only instrument where you’re playing more than one line at a time. You get a better grasp of what’s going on in a whole score. If you’re playing violin [for example], you’re almost always playing with a pianist, [and] the other person is carrying a lot of the burden of what is going on in the music. When you’re playing piano, you’re carrying the entire burden yourself. You have to read two clefs at the same time, [and] you have to read two lines of notes at the same time; you’re dealing with all of it yourself instead of being able to shuffle it off onto somebody else. So I think that is why if we’re trying to teach people the most basic things about music theory, the only instrument where you do it yourself and you can try it all out is piano. Anybody who is going to go on to be a composer needs to try things out on the piano. If you’re going to be in music education and you’re in a classroom, you need to demonstrate on a piano, and even if you’re an instrumentalist, it’s good to be able to try out an accompaniment before you get together with another musician. I think it’s intrinsic to what people do in music even if it is not their main instrument. However, I don’t actually teach any of the class piano, which is where we teach everyone in the conservatory fundamental piano skills like how to learn chords, scales and easy pieces. That’s taught in a keyboard lab in fairly large groups. Since I teach piano majors, I give private lessons. When you’re playing advanced repertoire, it’s very different from learning basic skills, and it really needs to be done one on one.

Young: What are your particular interests within or outside of piano?
Kautsky: I do quite a bit of performing, both solo and collaborative, and that is really my main occupation. I’m also interested in the connections between literature and music, so I’ve been writing quite a few articles, particularly on Debussy and Schumann. I didn’t set out to get into that, but I love to read, so I would read about composers, and if a piece I was playing was based on a novel, I would go read the novel. While you’re playing the piece, you start to think about how the composer was referencing the book, and I write about those connections.

Young: What sorts of things do you like to do outside of work?
Kautsky: I do read a lot, I’m very involved politically, and I love to cook. I listen to a lot of music, partly just as a part of my job. As I’m learning a new piece, I listen to the CD of it. I go to concerts all the time. Classical music is my favorite. I’m super narrow about the kinds of music I like, I’m afraid, although we just watched “The Graduate” at Bjrklunden and I realized that Simon and Garfunkel was just so much a part of my past! I have a lot of students who are really wonderful at jazz, so I get to listen to that, and I love that people are starting to do more ethnomusicology in the con. We have a Gamelan ensemble now, and when I was in school we didn’t have that. I’m really excited that that is happening, and that the con is able to open up to a broader world! 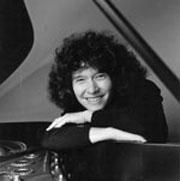