The Esch Hurvis Center for Spiritual and Religious Life 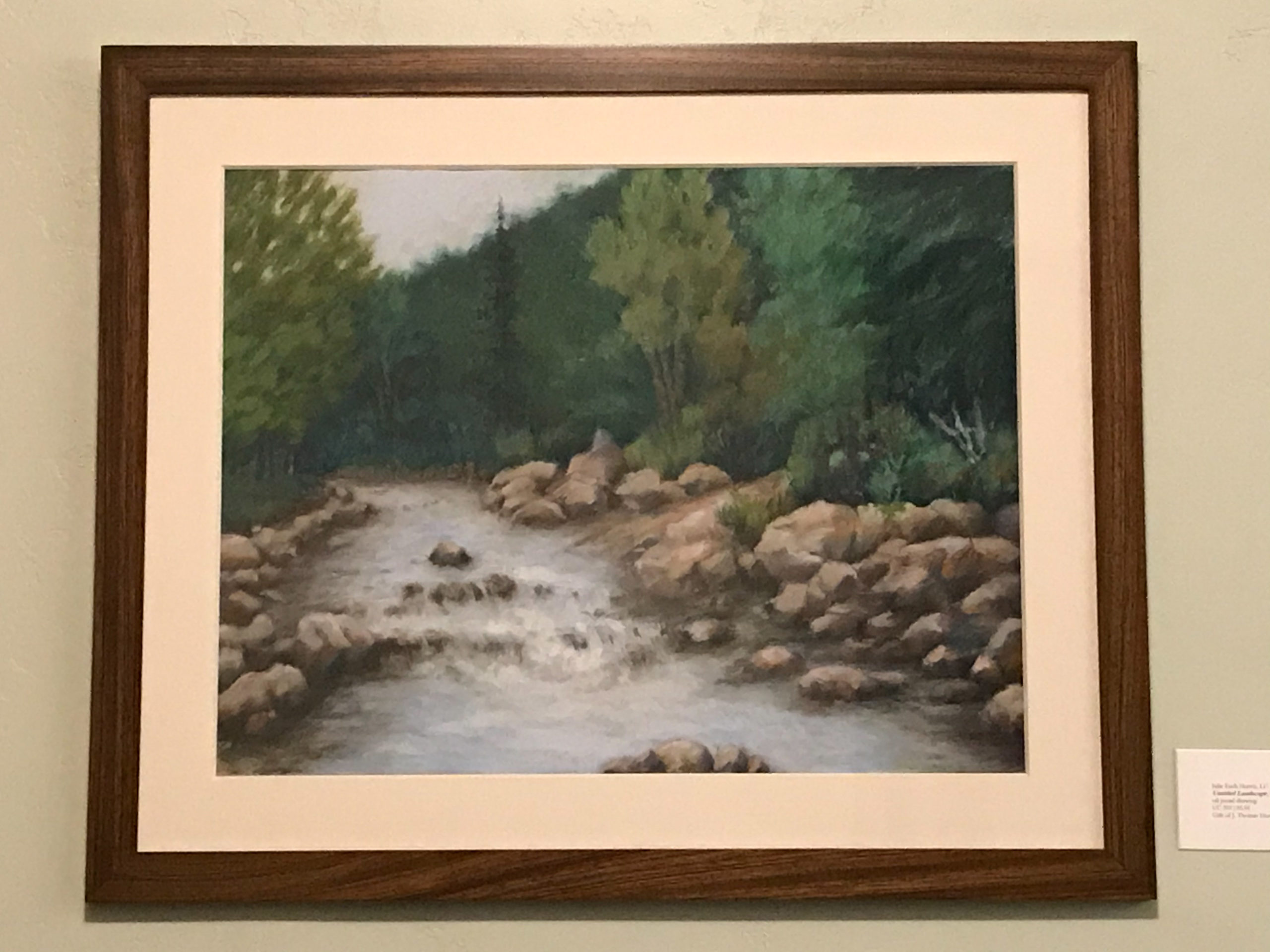 A piece of Julie Esch Hurvis’s artwork hanging in the newly rededicated center for spiritual and religious life. Photo by Lucian Baxter.

If you’ve spent any time on the Lawrence campus, you’ve likely seen the names Esch and Hurvis a few times. There’s Hurvis Crossing right next to the Warch Campus Center, the Esch Hurvis dance studio on the second floor of Warch and the Hurvis Center for Film Studies. Soon, however, there will be a new item on that list: the Esch Hurvis Center for Spiritual and Religious Life.

Formerly known as Sabin House, the Esch Hurvis Center will be renamed and rededicated on Tuesday, May 25 at 4:15pm. It will be renamed to acknowledge an endowment from Tom Hurvis ‘60, given to the Center this spring in honor of his late wife Julie Esch Hurvis ‘61. An endowment is a monetary gift that is meant to provide funds for a specific purpose perpetually; typically, only the interest earned from an endowment fund is spent, leaving the principal amount permanently intact.

The endowment will provide funds for the upkeep of the Center. Dean for Spiritual and Religious Life Linda Morgan-Clement explained that the house was built in the late 1800s, and “old houses suck money, so this takes the Esch Hurvis Center, in most ways, off of the institution’s capital budget so it’s not competing with residence halls or other affinity centers for funds.” She reflected that the house is going to “need a new roof eventually, it’ll need paint, the chairs have been here for five years and they get a lot of use […] We’ll replace the appliances — those kinds of things that it takes to keep the Center a Center and not let it run down.”

This is the second endowment that Hurvis has given to the Center; the initial endowment established the Office of Spiritual and Religious Life and created the Julie Esch Hurvis Dean for Spiritual and Religious Life position, currently held by Morgan-Clement. She recalled that before she came to Lawrence, the Center had been student housing, so it was chopped up into little spaces; the wood floor was covered with vinyl and the staircase was in a different location. Prior to the creation of the Center for Spiritual and Religious Life, the house had been Greenfire House, so Morgan-Clement reflects that “it has had a lot of student life in it, and a lot of energy, and has its own history of activism too, in terms of the students and the student groups that lived here and the things they did.”

From fall of 2016 to spring of 2017, Morgan-Clement worked with facility services to create the space that is now the Center, and once they were able to begin spiritual and religious programming, they experienced huge growth due to student needs; in the interim between the first and second endowments, Hurvis added to the initial endowment so that the Center could increase its staff to meet the needs of the student population.

Hurvis has been very involved with the business end of supporting Lawrence, while his wife was very interested in the human aspect of supporting the Lawrence community. Morgan-Clement recounts that Esch Hurvis “was very interested in Lawrence and Lawrence students, as an alum […] She would just show up on campus sometimes and sit down and talk with students […] For anyone she came in contact with, she was present. She heard you, she saw you, she drew you out, she cared.” Morgan-Clement continued, “That was [Hurvis’s] idea of what the Center for Spiritual and Religious life would be like.” His vision was to create a space that would keep her caring spirit alive.

Julie Esch Hurvis majored in studio art at Lawrence, and three of her works can be seen hanging in the Center. They all fit into the serene aesthetic of the Center perfectly; a serendipitous turn of events, as Morgan-Clement shared that “when we picked the colors for this room, we didn’t have the artwork. Usually, you know what your photo is and then you pick your colors from what your image will be, but when Tom picked some of his own [artwork] not having seen the colors either, every piece really worked in the space.” Esch Hurvis was also an active Bahá’í, which is a relatively new religion founded in 1844 that revolves around one central principle: the oneness of humanity. Her faith deeply informed her art as well as her passion for connecting with students.