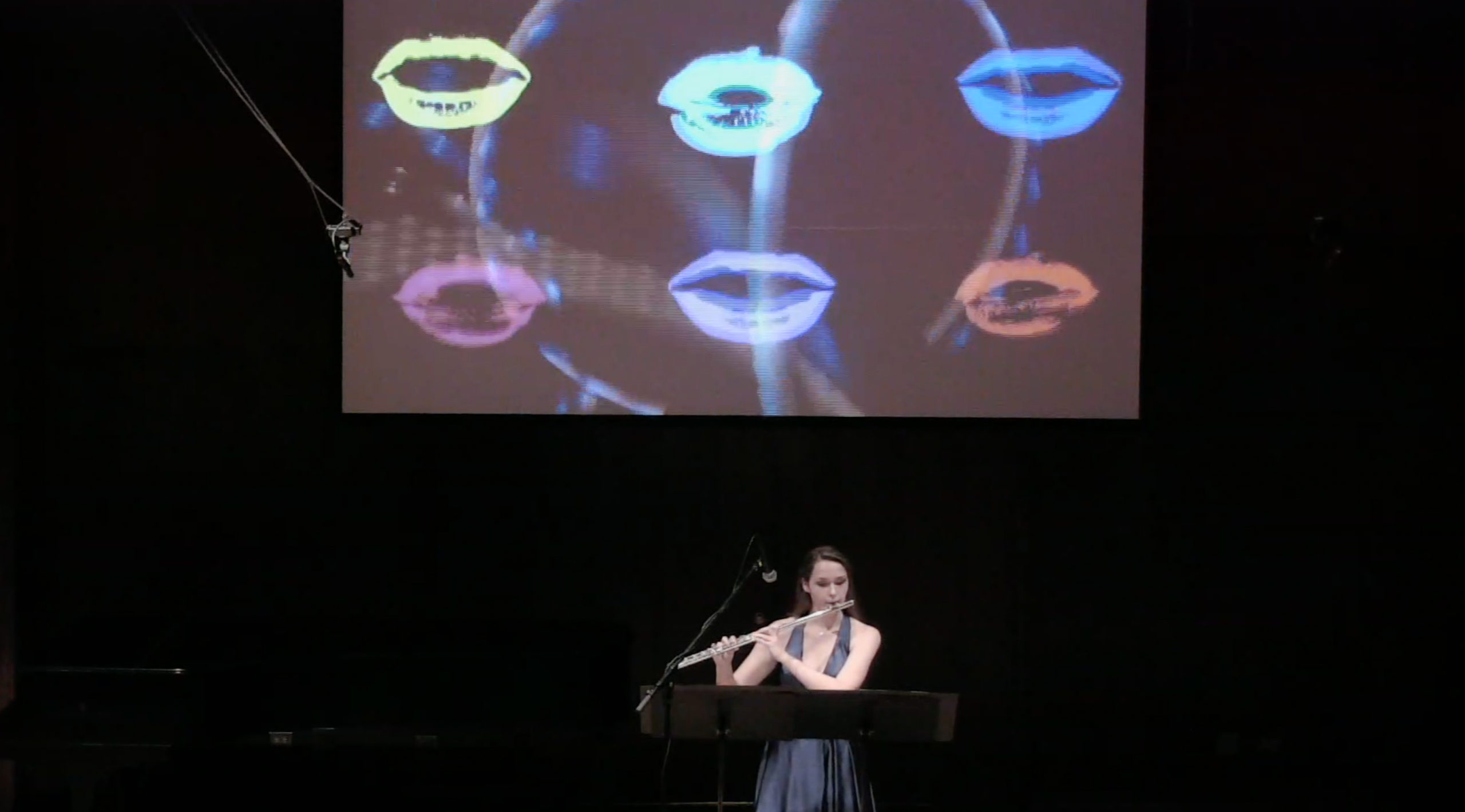 Junior Alison Gauvreau performed her junior recital on May 12 in Harper Hall. Photo by Alana Melvin.

Alison Gauvreau performed her junior flute recital in Harper Hall on May 12 for a primarily virtual audience. Her program consisted of three pieces, which highlighted her range as a musician. The works were all contemporary pieces that varied in styles.

Gauvreau began with Azul, composed by Nathan Daughtrey, which consisted of two distinct movements, “Cerulean Ice” and “Sapphiric Fire.” The movements represented the “opposing incarnations of the color blue,” according to the composer. The first movement was slower-moving and still, while the second movement progressed quickly and aggressively. Gauvreau commented that this piece highlighted her musical “expression and contrast, since the two movements were so different from each other.” Gauvreau played both movements with junior Tyler Nanstad on percussion. “Trying to blend with an instrument that was so different” was a challenge, but ultimately an enjoyable aspect of the piece for Gauvreau.

Gauvreau’s second piece, Lipstick, by Jacob Ter Veldhuis, utilized a fixed electronic track with video and audio. This avant-garde piece was “super contemporary […] new and different,” said Gauvreau. A video was projected behind Gauvreau that showed vibrant images of lips, television interviews and psychedelic patterns. The audio track consisted of snippets of sound bites from American talk shows, a radio interview with Billie Holiday and a conversation with a relationship therapist. Both these were played in tandem with Gauvreau’s flute performance, which included key clicks and showcased Gauvreau’s impressive rhythmic accuracy, since the piece required that she be completely in sync with the background track. The rhythms in the piece were “crazy” and incredibly well executed. This piece “highlights different things you can do with music,” said Gauvreau. “I never thought that I would play a piece […] with a video playing in the background.” She shared that this piece was the most challenging to perform, due to its speed and the extreme stamina it required.

Gauvreau’s final piece, Au-Dela du Temps, composed by Tuko Uebayasbi, comprised of two movements. This piece was fairly contemporary, but more melodic than the previous piece. The piece was expressive, beautiful and “very pleasing to listen to,” said Gauvreau. The gentle piece was emotive and was a perfect end to the recital. Gauvreau played the piece with junior Juan Hernandez, and both parts flowed into each other freely. Frequently the melody passed between the two parts, but “it is supposed to sound like one flute,” according to Gauvreau.

Collaborative performance and playing with friends were important to Gauvreau’s recital. She shared that she had been wanting to do chamber music with Nanstad and Hernandez for a while, and this was the perfect occasion. She wanted to “showcase friendship through music” by sharing the stage with friends who she was comfortable playing with for such an important occasion. “Getting to play with someone who you know so well […] just feels very natural,” Gauvreau said.

Gauvreau’s recital can be accessed on the Lawrence Vimeo page for those who missed it.