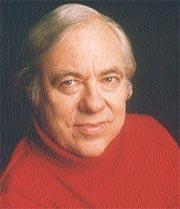 During his career, Richard Goode has earned a reputation as a “pianist’s pianist.” His interpretations of some of the most canonized composers of the piano repertoire—particularly Mozart and Beethoven—have won him wide admiration among musicians and audiences. On Wednesday, April 10, Mr. Goode will perform works by some of those composers with whom he has become so identified. The concert will take place in the Chapel at 8 p.m.As a soloist, Mr. Goode focuses on the German classical composers, such as Beethoven, Mozart, and Schubert. His performances of Bach, Debussy, Chopin, and Brahms have also been well-received, and he has recently recorded music of Chopin and Bach. Still, taking the road most traveled by has made all the difference for Mr. Goode. The New York Times has written, “Perhaps [Mr. Goode’s] most important gift is a clarity and soundness of expression which compels a listener to re-think familiar pieces in new ways.” He has consistently and convincingly explored those works that have been explored by pianists time and time again.

In 1987-88, Mr. Goode performed the complete cycle of Beethoven sonatas in New York, an event that The New York Times called “among the season’s most important and memorable events.” Since then, he has performed the cycle in London. In 1993, he released a recording of the complete Beethoven sonatas, the first by an American pianist. These performances, and especially the 10-CD set recording, have helped him to be recognized as one of the leading interpreters of Beethoven.

Mr. Goode’s recordings number over two dozen and include the Grammy-nominated Beethoven sonatas cycle and a Grammy-winning recording with clarinetist Richard Stoltzman. He has recorded a duo album with soprano Dawn Upshaw and proved to be an excellent collaborative pianist, although the success of his solo career has made demands on his collaborative schedule. With the Orpheus Chamber Orchestra, he has made a series of four CD recordings of the Mozart piano concerti. Mr. Goode currently records exclusively for the Nonesuch label.

In addition to the concert, Mr. Goode will give three master classes, all of which are open to the public. The first is on Monday, April 8, at 4:15 p.m., and will feature students performing Beethoven sonatas. The second is on Tuesday, April 9, at 11:10 a.m., and will have Mr. Goode working with students on music by Schubert and Schumann. Later that evening at 7 p.m., Mr. Goode will give the final master class, which will return to Beethoven sonatas for its program. Each class will take place in Harper Hall.