Lawrence celebrates 175 years as a university 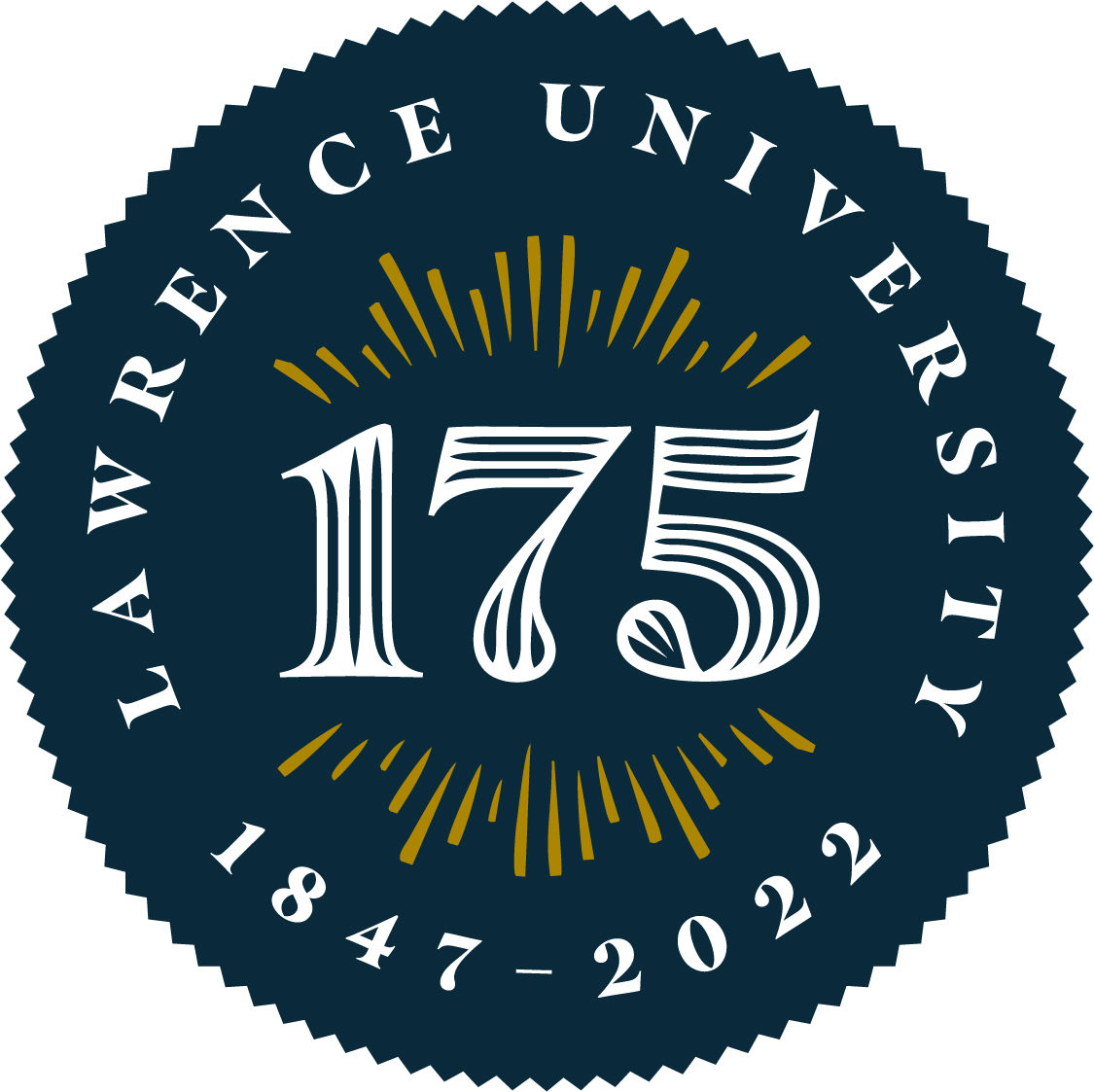 Lawrence University’s first round of festivities for the planned year-long 175th anniversary celebration will take place Jan. 14–15 with the opening of an online merchandise store, a virtual trivia night and a birthday recital. This weekend coincides with the date Lawrence was founded 175 years ago: Jan. 15.

Plans for the launch weekend have been adjusted, and the Lawrence community will not be able to congregate as once hoped because of the pandemic protocols, according to Ed Berthiaume, the co-chair of the 175th Anniversary Guiding Coalition — a group of more than 20 faculty, staff, students and alumni responsible for organizing the celebration. A grab-and-go event, in which the coalition would hand out a free 2022 Lawrence wall calendar, a sticker and cookies, was originally planned for Jan. 14, but has since been postponed due to COVID-19. The planned virtual events, however, will still mark Founders Day weekend and start to build some momentum for the year, Berthiaume said.

“COVID’s forcing things to look a little bit differently, but that aside, I think we have two really big goals with this whole thing and it’s to both celebrate and create community,” 175th Anniversary Guiding Coalition member Matt Baumler said. “And COVID isn’t changing those goals. Our approach to doing that might look a little bit different, but those goals will remain constant throughout.”

Launching on Jan. 14, the online merchandise store will have a variety of merch including shirts, blankets, glasses, mugs and winter hats, all featuring the newly unveiled Lawrence 175 logo. A link to the store will be housed on the 175th webpage.

Virtually, an alumni group will be hosting a trivia contest focused on Lawrence history on Jan. 14. During the weekend, students, faculty, staff and alumni are also being encouraged to participate in a social media blitz by wishing Lawrence a happy anniversary using the hashtag #Lawrence175. The 175th Anniversary Guiding Coalition is hoping to see an outpouring of greetings from on-campus and around the world on Instagram, Facebook and Twitter, Berthiaume said.

“We’re doing a lot more in the virtual space than we ever have done and that makes it easier to connect with alumni across the globe, in a virtual capacity,” Baumler said.

The Lawrence 175th Birthday Recital will also be held virtually at 8 p.m. on Saturday, Jan. 15. The recital will take place in Memorial Chapel, but there will be no live audience. Instead, the performance will be livestreamed on the website. President Laurie Carter will open the recital by reading a proclamation from the Board of Trustees recognizing the 175th anniversary. The recital itself will feature music composed in the mid-1800s, about the time of Lawrence’s founding, and music that has been composed by Lawrentians through the years, all performed by conservatory faculty and alumni.

Along with the virtual events, the 175th webpage on the Lawrence website contains content on Lawrence’s history, information on celebration details and storytelling related to Lawrence which will be added along the way.

For the storytelling component, current students and alumni, throughout the year, will be provided with the opportunity to share some of their own experiences about the impact of Lawrence as an institution and about Lawrentians as individuals. The 175th Anniversary Guiding Coalition is exploring a range of methods to tell those stories, whether it’s written or audio or whatever it might be, although there are no concrete plans yet, Berthiaume said.

“We want to be clear that no matter what happens with COVID, we’re still going to make things be as accessible and as fun and enjoyable as possible,” archivist and co-chair of the 175th Anniversary Coalition Rosenberg Foley said. “Even if that means that we have to completely change plans, we will do what we have to do, because we only get 175 years once. Next year’s 176, and that just doesn’t have as good a ring to it.”