Saturday Night Performance: Why Not and The Woebegones 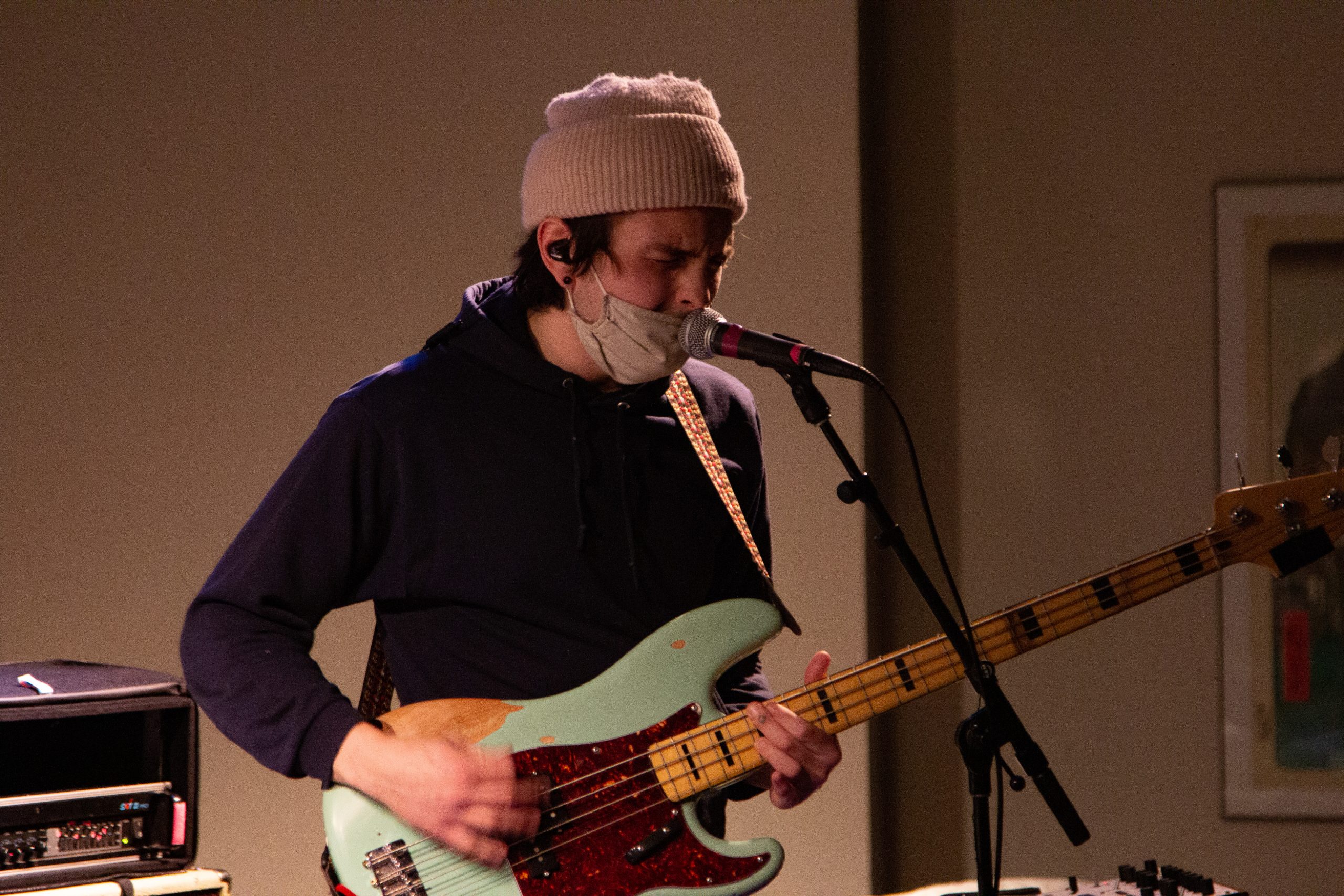 On Saturday, February 19, the band Why Not performed with opener the Woebegones. The performance was incredibly well-attended, with enthusiastic concert-goers filling Mead Witter. The opening band, the Woebegones, is a bluegrass group comprising of four students. They performed multiple songs, including covers and originals. The performance was dynamic and engaging, and they performed a varied set including traditional and newer pieces. Although there were some sound difficulties early in the set, they were quickly resolved, and the crowd was incredibly engaged with the performance. Audience members were encouraged to come to the front of the room and dance, and the performance was interactive, with audience members clapping and even moshing at one point.

I spoke to Dominic Lacalamita, a member of the band, about the set and the group as a whole. They described the formation of the group, which began before three members of the group even came to Lawrence. The group formed in their current state quite recently, and has performed multiple times since their formation, often on the WLFM porch. Lacalamita shared the benefits of working together as a group, including an “expanded sonic palette” where “you can cover more ground.” They stated the importance of “being conscious of your role in the group” and it was clear from the performance that everyone worked well together sonically.

The Woebegones performed two original songs, and Lacalamita shed some light on the origins of these pieces. The first song, which remains untitled, grew out of a repeated phrase stuck in Lacalamita’s head—“Goddamn that wind”—which grew into a full-fledged song through a collaborative process. The second original piece, written by Evan Snoey, is entitled “Hold it In.” This slow song was greatly enjoyed by the audience, as well as the other songs performed. The Woebegones look forward to hopefully performing at LUaroo and at WLFM in the future.

Following the Woebegones, Why Not performed for approximately an hour and a half. Why Not, a genre-bending indie rock band from Minneapolis, Minnesota, is comprised of three members: Henry Breen, Isaac Dell and Joshua MacGregor. The band recently released an EP last month and has been performing since the group formed in 2016 while the band members were still in high school. The band grew out of punk influences but has pivoted towards a more experimental style. Their sound incorporates digital distortion and unique digital recording techniques, as well as other influences. There were strong electronic production elements, with the bassist using a synth bass at one point. The performance was loud and energetic throughout the entire set, which created a fun and lively vibe. It was clear that the band consisted of skilled performers, as they were very involved with the audience, asking questions like what everyone had for dinner and if anyone had a joke to tell. Everyone enjoyed the performance, with audience members dancing and crowding to the front.

Why Not’s music can be found on Spotify and Bandcamp and the Woebegones have a website at the woebegonesband.com.