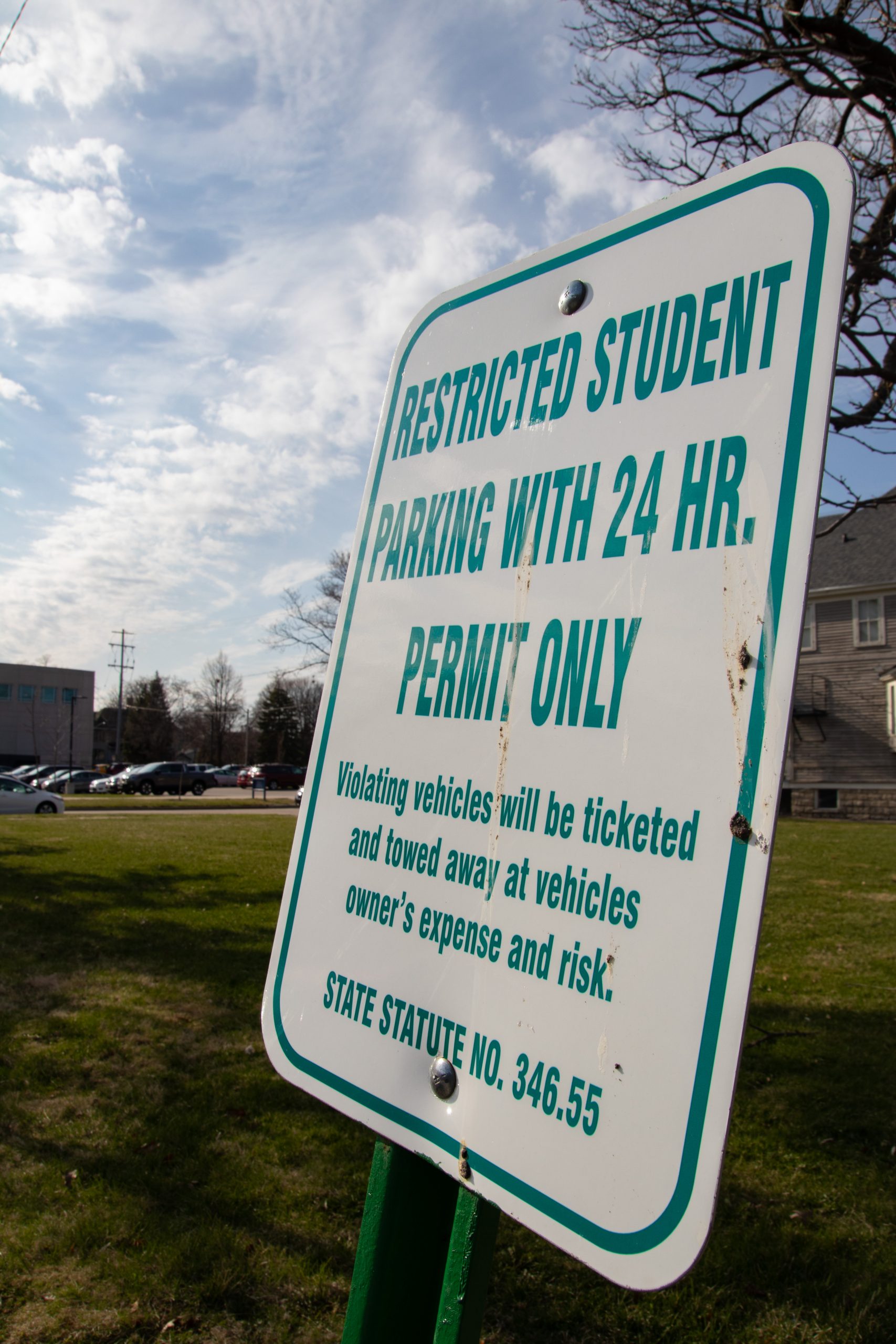 Parking on campus without a permit can have serious consequences. Photo by Alana Melvin.

As we approach the time of year when the housing lottery, a much bemoaned Lawrence tradition, occurs, I feel it’s apt to remind you all that there’s a far more dysfunctional lottery system on campus that we can change easily, and mostly for free: the parking lottery.

The problems with the parking lottery are fairly well documented among those who’ve participated in it before, but the main issue is this: in an attempt to give everyone a fair chance at a parking space on campus, the lottery gives everyone an equal chance. These are not the same thing. The lottery should be designed to prioritize spaces on campus for the people who need them most.

In my mind, this includes at least two groups of people. The first seems the most obvious, in no small part because they are already exempt from the lottery: people with disabilities or other medical issues. This makes perfect sense, and is one of the only elements of the current lottery system that does. Even still, the official policy makes it very clear that “Lottery override for medical or physical need does not guarantee a spot in the lot of your choice,” which strikes me as odd. If a person in a wheelchair lives in Plantz and has to travel to Hiett or Colman to get to their car, what difference is there between that and parking in a church lot or at a ramp downtown? In practice, I imagine this rarely comes up, since there seem to me to be more parking spots in each lot than disabled people who are likely to need access to them, but it still seems like an odd stipulation that should be removed.

The other group of people who seem to me to have a greater need for on campus parking – and it makes me sick to my stomach that I’m writing this – is athletes. If you know me, you know that I have never advocated for more resources to be allocated towards athletics at this school even during my time on a varsity sports team, but this is one case in which prioritizing athletes makes complete sense. Alex is too far to reasonably expect athletes to walk to, especially in the winter, and the shuttle doesn’t run during all the times students need it to; even during times when it is scheduled to run, it is notoriously inconsistent. Simply put, each sports team needs a critical mass of players who can drive other players to practice and games under the current system. (Side note: if it were up to me, there would be a robust shuttle system such that no person or team would need anyone to drive to practice, for a variety of reasons, and teams that don’t carpool would be banned from having cars on campus at all, but this is the topic of another op-ed.)

Even if it’s reasonable that athletes should have cars, why does this mean that they need them on campus? This is a fair question. In addition to needing a car the most, a functional lottery system would prioritize students who use their cars the most often, and anyone who knows any athletes here knows that sports teams practice or lift approximately 879 times a week. Many of these practices are as early as 6:30am or later than 9:00pm. This alone can have some catastrophic effects on athletes’ mental health, and adding a 15 minute walk to the Banta Bowl or a downtown ramp can push that even earlier, or later, not to mention the potential safety issues at play when potentially forcing students to walk back home, often alone, late at night through downtown Appleton. As a major benefit to students participating in a directly Lawrence related activity that effectively requires a car to get to, allowing athletes priority in the parking lottery makes good sense.

After these two people, my ideas for who should benefit more begin to trail off. Should the lottery be more like the housing lottery, where seniors get to pick first? This seems like an obvious choice, and is done at nearby schools like UW Oshkosh, but other than the tired clichés about why seniority matters, I can’t think of many good reasons to do it this way. One could make an argument related to financial reasons- maybe people with off-campus jobs should get to have cars on campus like at UW Madison, or maybe students with need-based financial aid should have priority since parking off-campus is slightly more expensive.

From here it gets even more complicated. Should students with compact or hybrid cars get priority, to increase the amount of spaces in parking lots or to incentivize cleaner running models? Should there be a series of small lotteries for each individual dorm, so that people only get spots near where they live, and so that the lottery could incentivize living in a dorm like Plantz which has a bigger lot than Hiett despite pretty much everything else about it being worse? And does it really make sense to prioritize all athletes rather than just a few on each team? It’s hard to say. If it were up to me, here’s how I might do it:

Would this be a perfect system? Pretty much! Just kidding. But I do think it would be much better than the current system, which seems like it was something like a placeholder till a more thoughtful system could be put in place, especially compared to how other schools do things. Have any adjustments or criticisms? Drop them in a letter to the editor, and I’ll publish them as a response. Do you like this idea? Tell your friends in high places. Till then, good luck parking – you’ll need it.