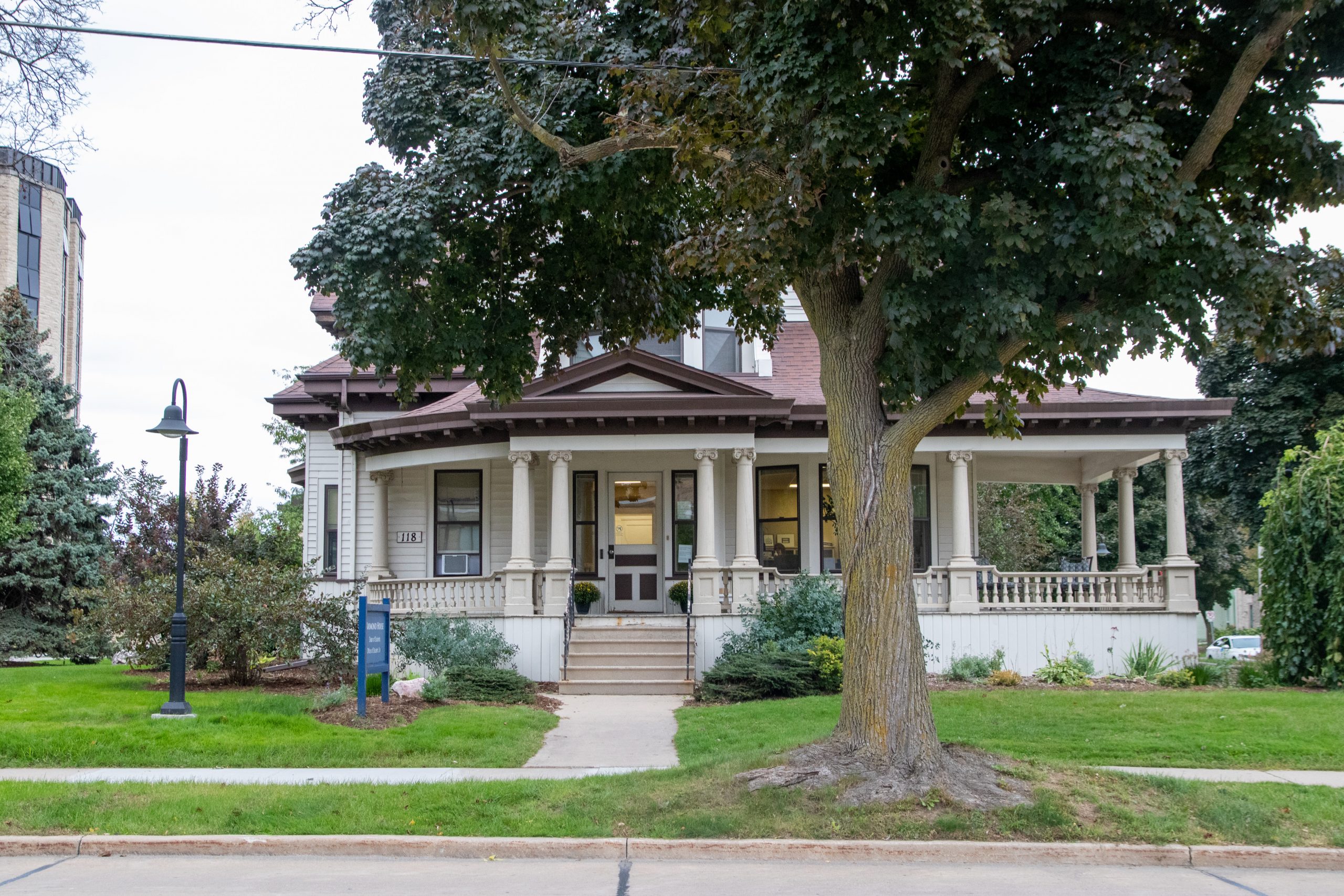 Raymond House, home to the Dean of Students and Vice President for Student Life. Photo by Lee Hendricks-Richman.

Correction: In this article, the claim is made that CAs are not allowed to speak to The Lawrentian according to their contract. Interim Vice President for Student Life Chris Clarke confirmed that CAs are, in fact, permitted to speak with The Lawrentian. Clarke clarified that the stipulation exists to protect confidential information about residents being from being shared with media. CAs are allowed to go on the record for matters that don’t involve confidentiality of their residents.

Issues with Community Advisors’ (CAs’) pay and working conditions during training have come up again, one year after CAs threatened to strike during the beginning of the 2021-2022 academic year. Welcome Week orientation leaders expressed similar concerns. Both CAs and orientation leaders also expressed a desire for better communication.

Due to a stipulation in the CA contract, CAs are not permitted to speak with media outlets. Because of this, all CAs will be anonymous and referred to by nicknames.

One year ago, before the start of the 2021-2022 school year, a group of CAs led by senior Gideon Lucard, a CA at the time, threatened to strike during Welcome Week due to the $200 training stipend, workdays that lasted 10-12 hours and a lack of adequate break times. The administration negotiated with the CAs, and the strike was called off after the stipend was raised to $500 and CAs were given a day off before the first day of school.

An anonymous CA, who will be referred to as One, said that CAs received $300 for training week this year, which was confirmed by other CAs spoken to. One feels that the stipend was too low and that CAs should have been paid at least $640 for training, a calculation which was based on multiplying $10 per hour with an 8-hour workday, which One claims there were 8 days of. One added that CAs spent many additional hours helping with move-in, and although the CA staff weren’t scheduled to help with move-in on Sunday, many chose to anyway. One believes that CAs should have received an additional $120-160 for those hours on top of the $640 for training week if they were being paid relative to the hours they worked.

Another anonymous CA, who will be referred to as Two, agreed with One and felt the stipend was too low.

A third anonymous CA, who will be referred to as Three, felt that CAs were “ripped off” and “misled” by the Residential Education (ResEd) department. Although Three acknowledged that the free food and housing were nice and that CA salaries were increased from last year, they were frustrated by the fact that the pay for the two weeks was referred to as a training stipend even though Three claims much of the work done during those two weeks was hard work and not simply training. Three echoed One’s sentiment that CAs spent many hours helping with move-in that they weren’t technically scheduled to do.

Thoresen also feels that too much work was placed on Dean of Students Brittany Bell during Welcome Week, and she doesn’t feel that it’s fair to blame her for the Welcome Week difficulties even though Bell was in charge. Thoresen wishes that other members of the administration had stepped up more to help Bell. She feels that they were not as present as they could have been during orientation.

Vice President for Student Life Chris Clarke acknowledged that communication about compensation could have been better. However, he mentioned multiple steps that the administration took to improve the CA experience, including increasing CA pay and adding a bonus during Welcome Week to account for the extra hours. He added that some student staff have told him that this year’s Welcome Week was better organized and more respectful of their time than it has been in previous years.

Clarke is not willing to comment on individual orientation leaders’ personal opinions, but he feels that the compensation for orientation leaders was well-documented and fair, and he thanked Bell for the work she did this year. Clarke added that Lawrence is looking to hire a Dean of the First-Years, who will manage orientation and Welcome Week in the future. He also encouraged students with concerns to come to him or Bell.

The Lawrentian reached out to Director of Residential Education Stephanie Knoppa, who was unavailable for comment.