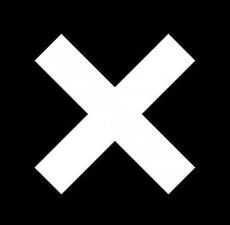 The Warch Campus Center Cinema was abuzz Sunday night Oct. 17, packed with students chattering and munching popcorn. The occasion was not a showing of a cult classic or multimillion-dollar blockbuster, but the culmination of the Lawrence University Film Production Club’s second annual 48 Hour Film Festival. In a caffeine-enabled gauntlet, six production crews completed an array of short films that belied their rushed inceptions.
Tom Coben, the LUFPC’s vice president, explained that “The rules are pretty simple: You get into teams, and each team has 48 hours to write, shoot and edit a short film. At the beginning of the competition, each group is given a different random genre of film, a character and a prop to incorporate into their finished product.”
“Each team also has a line of dialogue to include,” continued Coben. “This year, everyone had the same line of dialogue: ‘Who’s gonna take out the trash?'”
Thankfully for participants, their frenzied production schedule was sustained by contributions from the local joe-slingers at Aspen Coffee and Tea and the late-night favorite Muncheez Pizzeria.
The resulting six films were not unaffected by the intense circumstances of their creation. Most noticeably, many of the contributions had visible campus locations. “LIMBS,” The action piece of the festival, was witty and fast-paced, and Hiett Hall featured prominently, doubling as a hospital and bar. The mystery “The Woman in Black,” on the other hand, utilized the Mudd Library as a setting for part of their P.I.’s investigation.
Other films responded to the time crunch in different ways. “Blind Date,” the festival opener, stuck close to their theme and avoided complications. Their assigned prop, the toy car, was written off in an opening sequence, and the rest of the film was largely just one scene.
‘Clown Romance’ proved to be a strong enough concept to carry the film without much flair. “Through the Eyes of a Rose,” on the other hand, utilized the relative lack of costumes and special effects to humorous effect, riffing on actor Karl Hailperin’s improvised police costume.
Undoubtedly the most polarizing piece was “You Don’t Know Shit: Ronald W. Reagan,” a mockumentary stylized as a poorly-researched piece on the late president. The group took their film out of the Lawrence bubble, provocatively interviewing Appleton residents on College Avenue about “trickle-up,” Reagan’s best music album and the effectiveness of “Reaganeconomics,” while vehemently maintaining an air of awkwardness and invoking “BULLSEYE!” as a catchphrase. Some thought the piece was puerile, while others enjoyed the black humor.
Though the participants may have remained in bed since the festival, the results were commendable. “There were some pretty impressive films this year, and many people worked very well under the pressure,” Coben said. “It can sometimes be difficult, but in the end everyone came up with some pretty creative stuff.”
LUFPC runs one film festival per term, and meets on Mondays at 8 p.m. in Science Hall 128.

Peter Boyle (Minh Nguyen) The Warch Campus Center Cinema was abuzz Sunday night Oct. 17, packed with students chattering and munching popcorn. The occasion was not a showing of a cult classic or multimillion-dollar blockbuster, but the culmination of the Lawrence University Film Production Club’s second annual 48 Hour Film Festival. In a caffeine-enabled gauntlet,…