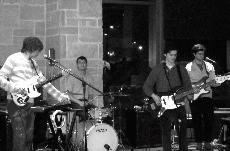 In my opinion, some of the best albums are the ones that make you feel like you have opened a gateway directly into the artist’s mind, as the artist nakedly reveal everything that defines who he or she is, laying it out there for us to see. I guess I value honesty and authenticity over something that creates a wall between the artist and the listener.
What is the best way to go about this, as an artist? Obviously it’s a very subjective idea, and there’s no set formula – “Okay, this is how you make an honest, personal album” – but looking at the albums I respond to the most in this way, I’ve found some things in common.
The solo artists often have an advantage in this area, as they are not held back by anyone else’s opinions or values, and they are allowed to present themselves as fully as they want to. This is not always the case of course; full bands can create these “gateways” as we’ll see – Wilco, Neutral Milk Hotel – but it tends to be harder to accomplish.
The production of the album is also something that factors into this idea – burying one’s voice in reverb, doubling or tripling the vocals, layering instrument over instrument, polishing up the production to make it as “perfect” as possible – these things can be quite enjoyable, and surely there is nothing wrong with them. Kevin Barnes of the band of Montreal utilizes these things quite effectively to create intensely personal albums.
However, looking at the albums that I value most dearly, the ones that make me feel the closest to the artist often do not contain those studio enhancements and are relatively “lo-fi.”
If there is evidence of months and months of hard work in the studio, ironing out all of the wrinkles and getting everything “perfect-sounding,” one could fear that the personal feelings and emotions behind the music had also gotten ironed out somewhere along the way. In something like Bon Iver’s “For Emma, Forever Ago,” you don’t get the sense of studio trickery wiping out personal emotions; rather, you feel like you’re getting an uninhibited look at Justin Vernon’s mindset during the making of that album.
The example of this kind of personal album that I’d like to bring to your attention today is tUnE-yArDs and her debut album, BiRd-BrAiNs. The artist behind the delightfully capitalized tUnE-yArDs is Merrill Garbus, possessor of one of the most unique voices out there today.
Garbus can go from a delicate falsetto to a wild scream within seconds, and this kind of vocal range lends each song a sense of unpredictability, as these mood shifts can seemingly come out of nowhere.
Tying back to the previous point, this album is decidedly – and intentionally – lo-fi. Garbus recorded all of the parts with a Sony digital voice recorder, and mixed the album in Audacity, a free audio program that anyone can download off the Internet.
This leads to an intimate experience, as you get the feeling that you’re listening to some unearthed cassette tapes found in your grandmother’s attic, discovering a lost gem from the past. But it is certainly not an amateur-sounding affair; even with the cheap equipment used, Garbus expertly produced the tracks to be full of life, pumping and wheezing with huge drum beats, which she uses as the basis of most tracks, layering her ukulele strumming and vocal loops over the percussion.
My first experience with tUnE-yArDs was back in November, when I saw her open for the Dirty Projectors in Chicago. I had never heard of her before that day, and I was not especially looking forward to whoever was going to delay my Dirty Projectors experience by yet another hour.
But by the end of her set – heck, by the end of her first song – I was converted. The rest of the crowd was right there with me – it was the biggest crowd reaction I’ve ever seen to this kind of “unknown” opener, as she received huge ovations after each song, and countless hoots and screams at the peaks of her live jams.
In conclusion, I do not mean to imply that “great” albums have to be simply produced and created by solo artists; I merely have noticed some of my favorite albums as sharing these traits, and have tried to explain what ties them all together.
Merrill Garbus has stumbled upon the perfect combination of lo-fi quirkiness and solid songwriting to create one of the most unique albums of the recent past, and she is sure to be a musical force for a long time to come. 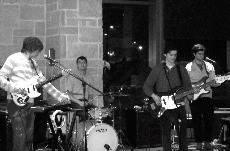