Beth De Stasio named to Genetics Society of America board 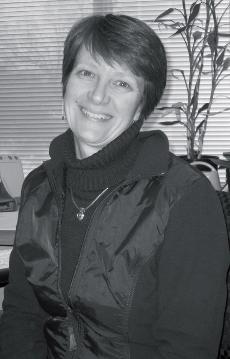 De Stasio has been recognized for her excellence in genetics pedagogy.
Samuel Flood

Professor of Biology and
Raymond H. Herzog Professor of
Science Elizabeth De Stasio was
elected to serve as a member of
the executive board of the Genetics
Society of America in a recent vote
taken by the GSA membership.
Nominated by a fellow
Lawrence alumnus, David Arnosti
’82, De Stasio will serve as a member
of the education subcommittee
in a new position designed to look
at educational issues related to the
teaching and researching of genetics
in undergraduate programs
around the country.
When asked about her selection,
De Stasio said, “I was surprised,
and I’m very pleased [by
the selection]. I think it’s great that
the membership chose someone
from a small college where education
is taken so seriously.”
She added that, to her knowledge,
the GSA has never before
selected a board member from a
small undergraduate institution.
Current board members hold positions
at various research institutions
around the country, including
Princeton, Michigan University
Medical School, Harvard Medical
School, Cornell University and the
Duke University Medical Center.
The GSA is the preeminent
organization in the United States
in the field of genetics. Formed in
1932, the organization promotes a
four-fold mission, which includes
“investigation of inheritance and
heredity … interaction among
geneticists … communication of
discoveries … and education of students
and the public.” With more
than 4,000 members, the GSA is
one of the largest such organizations
in the world.
The GSA writes policy statement
suggestions that go out to
governmental organizations and
reports that are sent to members
of Congress. These reports often
contain policy suggestions and
recommendations for action on
certain issues.
Among the issues the GSA has
been involved in on Capitol Hill are
the Genetic Privacy Act and recombinant
DNA. The GSA also publishes
the scholarly journal Genetics,
one of the flagship journals in the
world on genetics.
De Stasio has published two
articles in Genetics, most recently
with Lawrence student Nathan
Goodson-Gregg, and she is a regular
attendee of the GSA meeting
on the C. elegans worm, which
is De Stasio’s primary research
organism.
After graduating from
Lawrence in 1983 with a degree
in biology, De Stasio went on to
earn a doctorate in the area of
molecular biology, cell biology
and biochemistry from Brown
University in 1988. She has been
teaching at Lawrence since 1992,
and she was named the Raymond
H. Herzog Professor of Science
in 1999. De Stasio was awarded
a 2009 Fulbright Scholarship
for Research to do work at the
Karolinska Institute in Sweden. 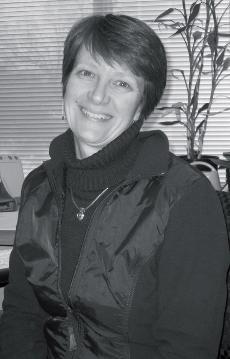